Locations around Toronto are getting a Day-Glo transformation for the upcoming finale to the Z-O-M-B-I-E-S trilogy.

In the tradition of the first two flicks, this Disney Channel Original Movie is being shot at locations in and around Canada’s largest city. Production started May 31, and is scheduled to conclude on July 19.

The University of Toronto, Mississauga received the pink and green treatment, to become Seabrook High School.

For Zombies 2, the filming location for Seabrook High School was George Brown College, on Toronto’s lakeshore. It’s unknown why this location hasn’t been used again, as it too is closed during the pandemic.

George Brown is next door to Corus Quay, the headquarters to Disney Channel Canada. The local station is one of the few Disney Channels worldwide to still be on the air.

In mid-May, construction was spotted at the former Whittamore’s Farm, in Markham. For 60 years, the site was a popular tourist attraction, just north of Toronto. There’s no further

@TOFilming_EM @WhatsFilmingON building set for a new show called Out Of This World. This is where the old farm was mentioned before pic.twitter.com/SGcsTPH9D6

On Saturday, Milo Manheim posted videos to Instagram Stories, showing off his green Zed hair. The dye job was added two weeks ago.

Director Paul Hoen posted a video of some sort of ring-and-bouncing ball game. Milo replied, “this is the content we like to see!” New cast addition Terry Hu, has blue hair. As Hu plays an alien, it’s possible all the newcomers may have their own lock looks.

In May, the casting for the movie’s aliens was announced. They include Matt Cornett, who is currently starring in the Disney+ Original series, “High School Musical: The Musical: The Series.”

The telepathically connected newcomers arrive in Seabrook as Zed and Addison begin their final year at Seabrook High in the town that’s become a safe haven for monsters and humans alike. Zombies, werewolves and humans are equally shocked by the arrival of these mysterious extraterrestrial beings. One of the aliens, A-Spen, is non-binary, and played by non-binary actor Terry Hu.

The first two films are now available on Disney Plus.

Are you looking forward to a new “Zombies” film?

Nick Moreau writes about vintage Disney content, on WhatsOnDisneyPlus.com and DisKingdom. He works at an archives, delving into his community's past.
View all posts
Tags: DCOM, zombies 3 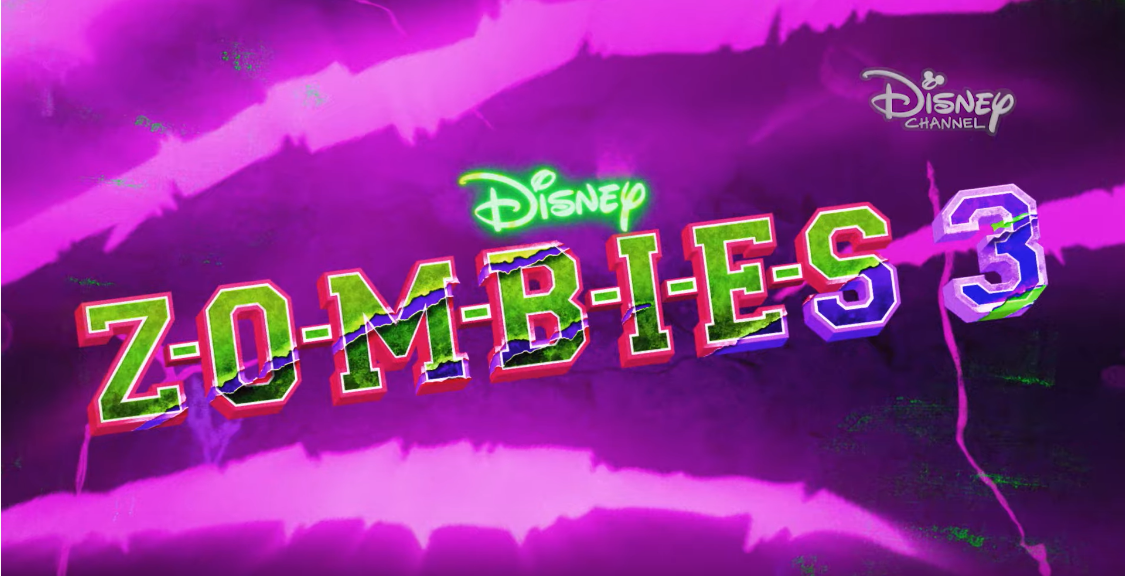