Disney has released the official trailer and poster for “Playing with Sharks” from National Geographic Documentary Films.

A true pioneer in both underwater filmmaking and shark research, Valerie Taylor is a living legend and icon in the underwater world whose life’s work has become the basis for much of what we know about sharks today. Through remarkable underwater archival footage, along with interviews with Valerie herself, “Playing with Sharks,” from twice Emmy®-nominated director Sally Aitken, follows this daring ocean explorer’s trajectory from champion spearfisher to passionate shark protector. From the birth of cage diving to “Jaws” hysteria to the dawn of cageless shark diving, Valerie became a trailblazing advocate for the ocean’s most maligned and misunderstood creatures.

And here is the official poster for the documentary: 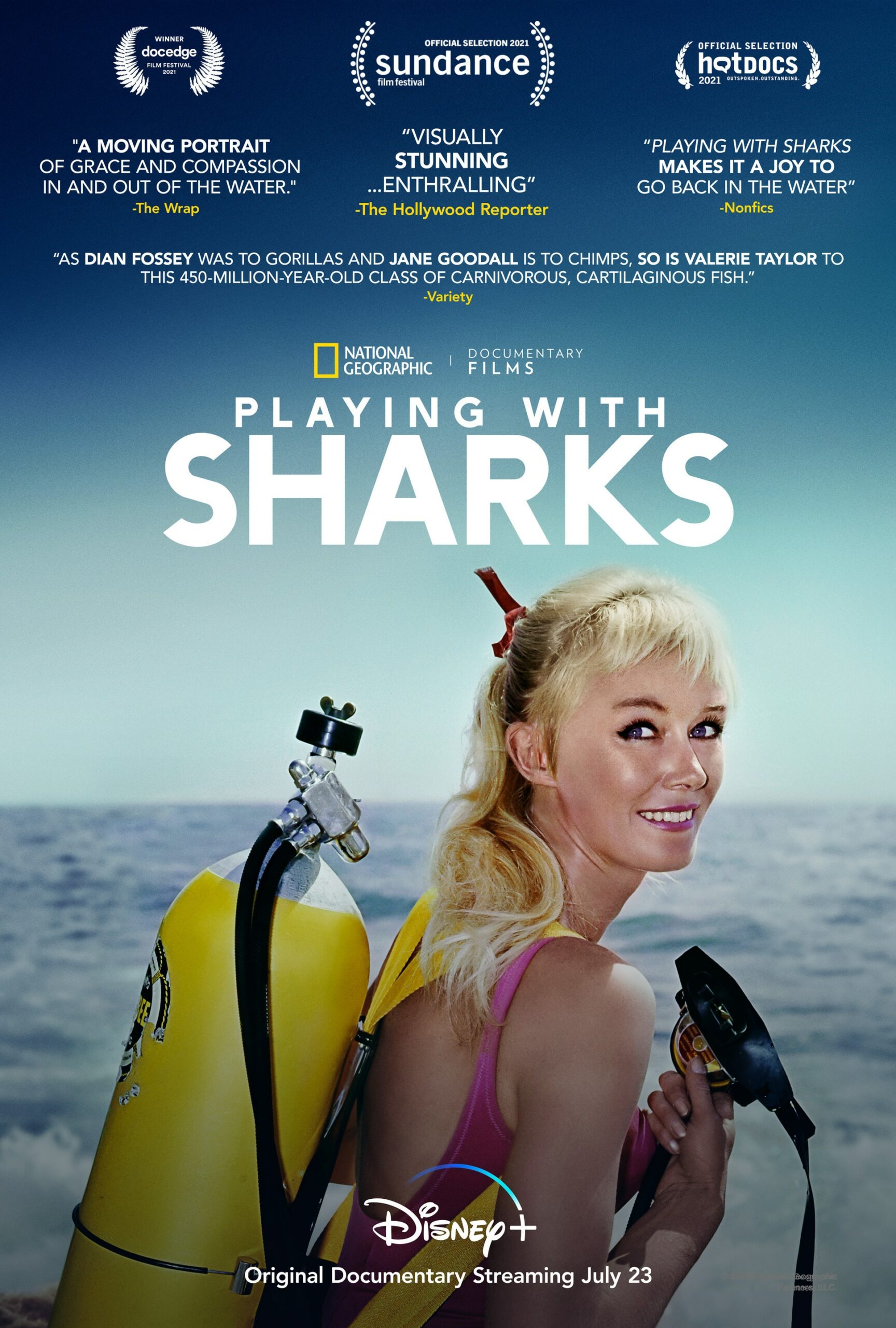 The documentary, which is a part of National Geographic’s Sharkfest slate, premieres on Disney+ on Friday, July 23rd.

Are you looking forward to watching “Playing With Sharks”? 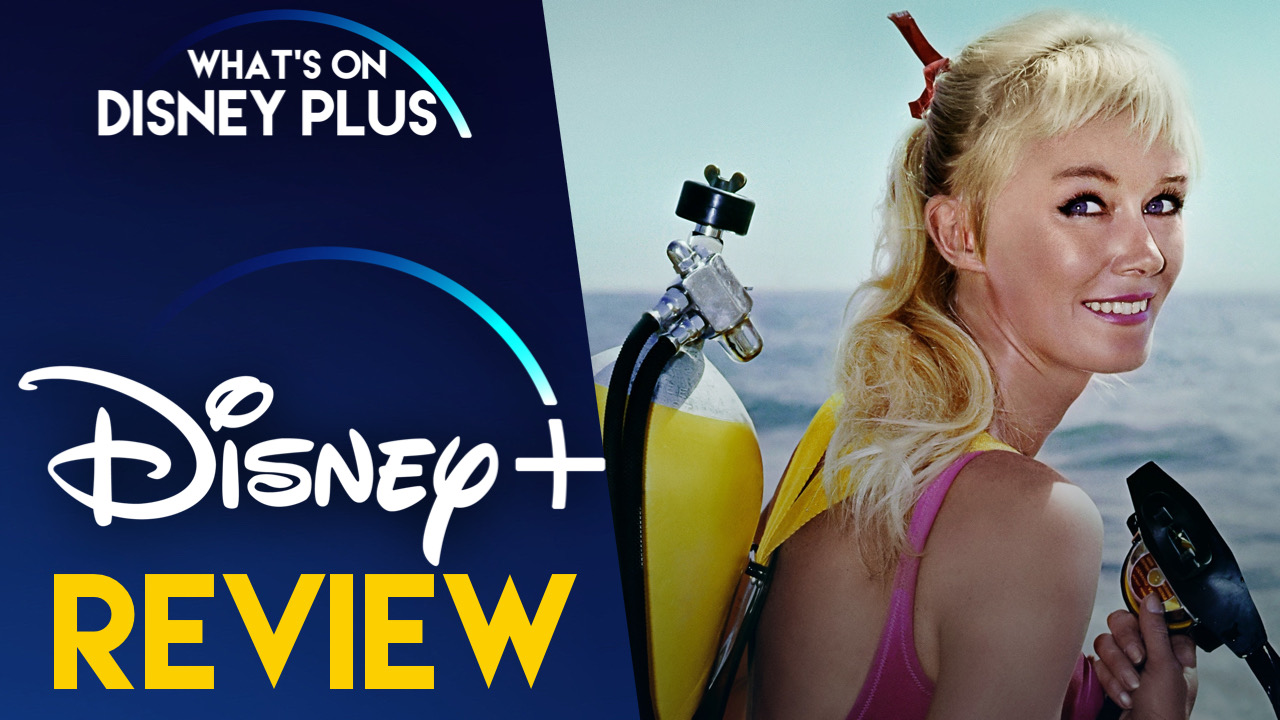 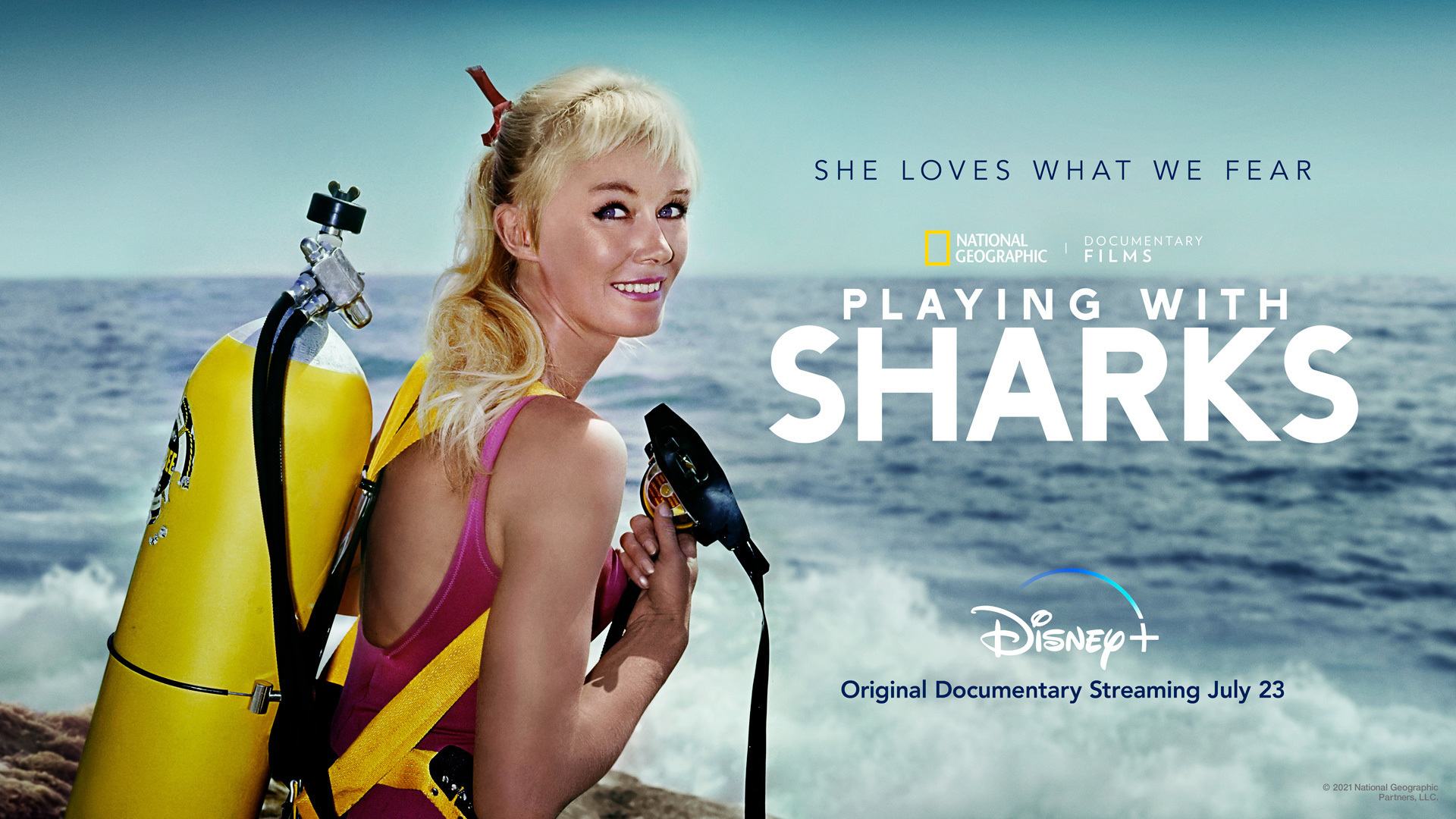