The new Pop Vinyls includes two versions of Luca and Alberto, in their human and sea monster form.  There is also a Pop Vinyl of their human friend, Giulia.

Here is a look at these new Luca Pop Vinyls: 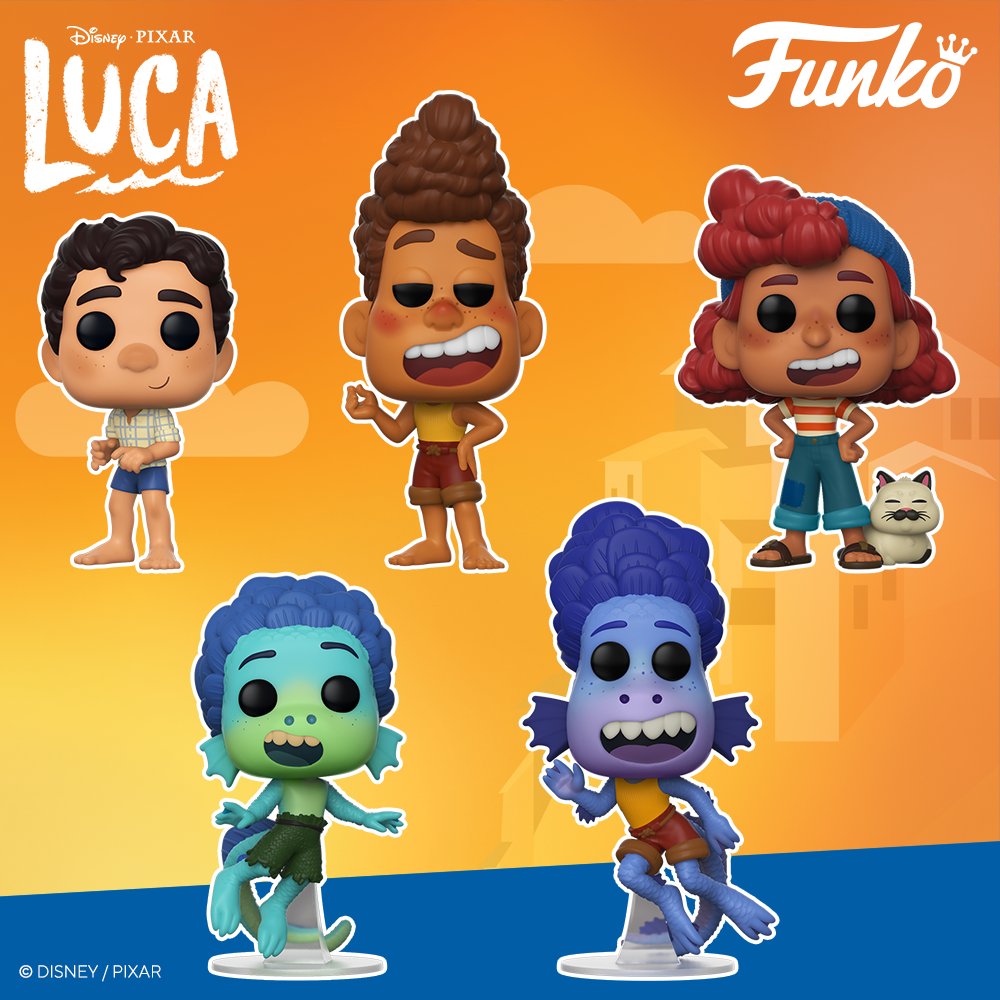 “Luca” is coming to Disney+ on Friday, June 18th and these Pop Vinyls will also be released in June at select retailers including Entertainment Earth, where you can pre-order them now.

Will you be picking up any of these new Luca Pop Vinyls?

Roger has been a Disney fan since he was a kid and this interest has grown over the years. He has visited Disney Parks around the globe and has a vast collection of Disney movies and collectibles. He is the owner of What's On Disney Plus & DisKingdom. Email: Roger@WhatsOnDisneyPlus.com Twitter: Twitter.com/RogPalmerUK Facebook: Facebook.com/rogpalmeruk
View all posts
Tags: funko, luca, pixar, pop vinyls