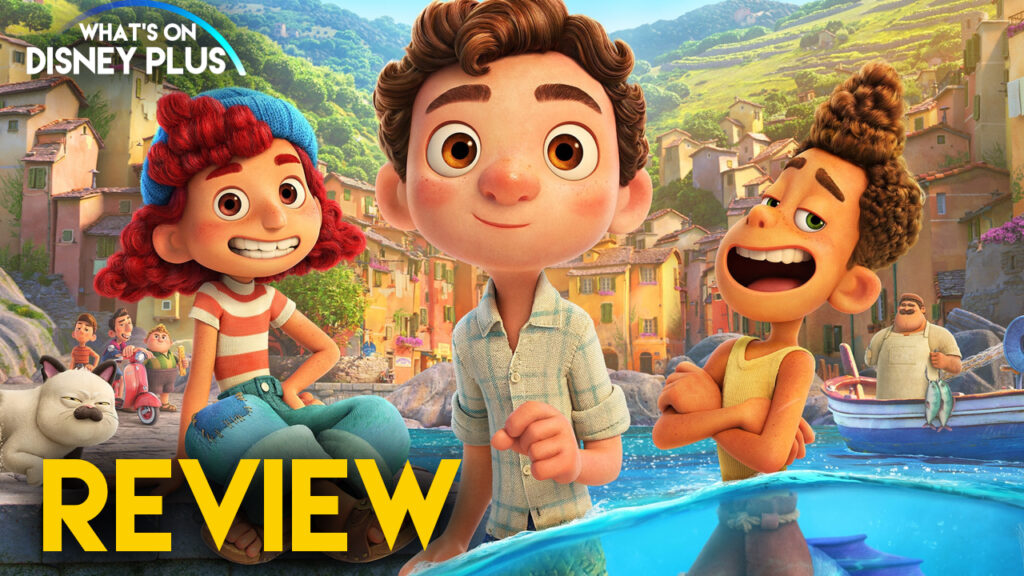 Pixar’s latest animated film, “Luca”, is skipping cinemas and coming directly to Disney+ this coming Friday. “Luca” is set in a beautiful seaside town on the Italian Riviera and tells the story of Luca and his best friend Alberto, who have an unforgettable summer filled with gelato, pasta and endless scooter rides. But what makes this story unique, they are both sea monsters, who come together when Luca leaves the safety of his home to do some investigating and bumps into Alberto, who shows him there is a whole different life outside the water.

When the sea monsters leave the water, they become human, and in some ways, this is a Pixar version of “The Little Mermaid”, where Luca falls in love with the land and doesn’t want to listen to his parents, running away. Along the way, Luca and Alberto visit a nearby town to explore the land further. But when the boys run into the local bully, that the main quest of the film is revealed, as to leave the town, they must win a triathlon to get enough money to buy a Vespa.

Along the way, they meet Giulia, a local girl, who also has a love of adventure and befriends the boys, taking them in and teaching them about the world. All the time, trying to hide who they really are, as just a little drop of water turns them back into sea monsters, which isn’t a great ideal when they are staying in a town of people who’ve hunted sea monsters for generations.

“Luca” is a charming tale, full of summer adventures that kids are going to love and adults are going to enjoy. There are plenty of fun moments, and I found this film to be such a breath of fresh air. It’s uplifting. It’s funny and full of that feeling of being a kid exploring the world during the summer holidays. 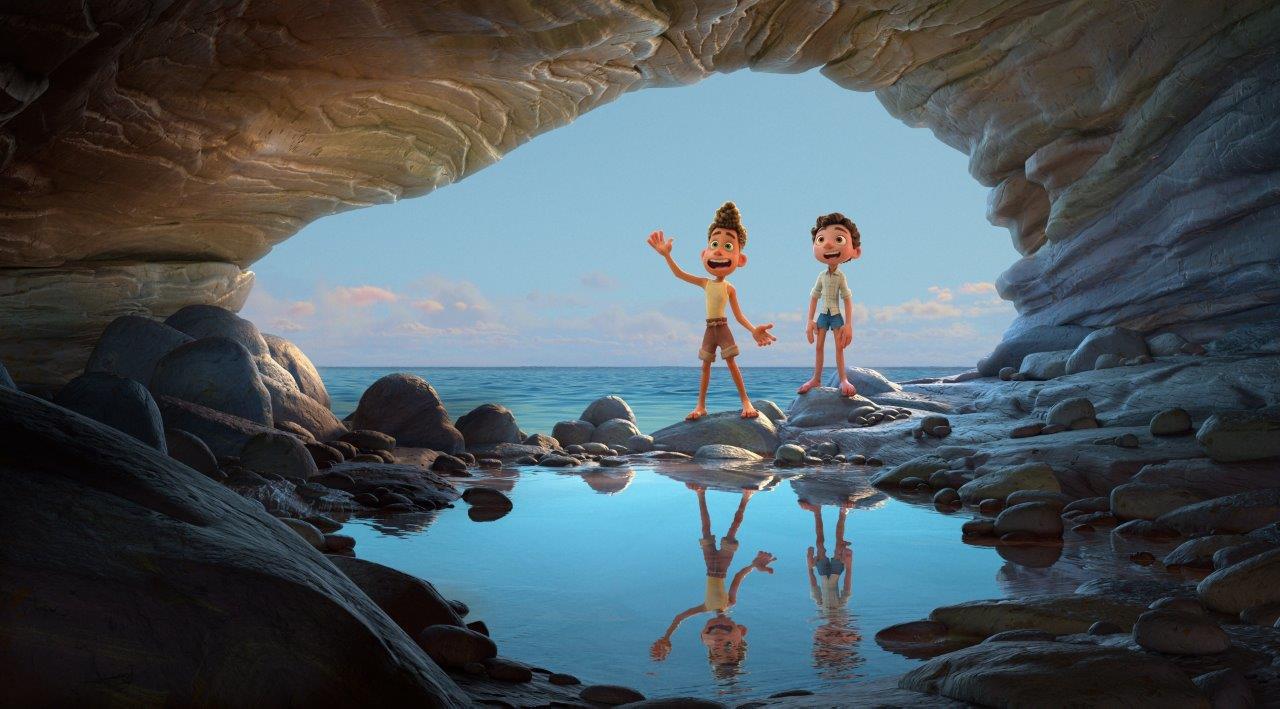 One of the most impressive things about this film is how it’s captured Italy. It feels like you’re there, the music, the bright blue waters and the warmth of the sun, that you don’t usually get to feel from a movie. Of course, it’s full of Italian stereotypes, but it works so well in setting the tone. It also has a beautiful soundtrack, which takes me back to my own trips to Italy. Other Pixar films have been set in some lovely locations, but in “Luca”, they’ve made it feel more Italian, which helps set you in the mood. I loved “Luca”, and this is a film I’m going to watch multiple times, especially as I’m looking forward to seeing it in 4K, as I think it’s going to be even more stunning. 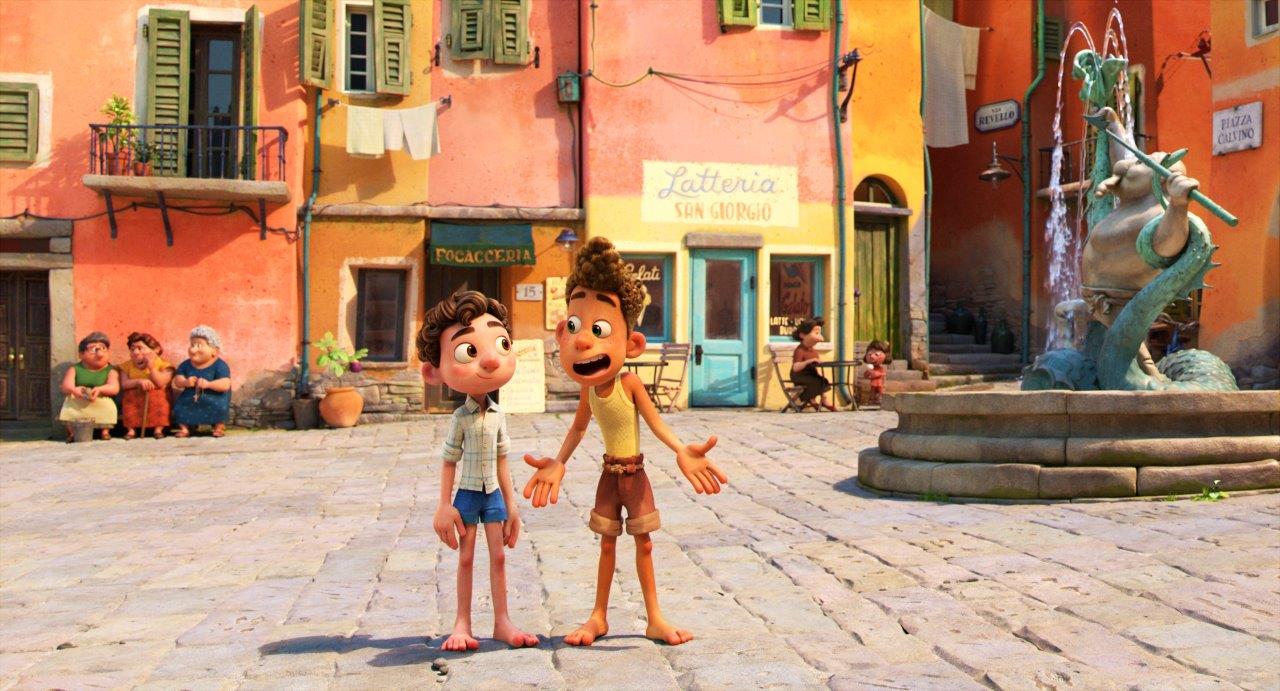 An aspect of the film I really enjoyed, was the constant threat of water around the boys and how the film uses this to keep the viewer on their toes, as there is always this element of being caught out by the locals, and I think kids are going to love this. Seeing them having to think on their feet about how to hide part of their bodies adds to the enjoyment.

“Luca” is going to be a huge hit for Disney+. It’s got so much charm, and I think when people give it a chance, it’s going to become a breakout hit very quickly. I haven’t enjoyed a Pixar movie this much since “Coco”, and it is instantly in my top tier of Pixar films. It’s unique and original, which all the best Pixar films are. It certainly captured my heart, and all I can say is Bravo! Belissimo!

“Luca” is a fantastic summer blockbuster, and if you have a Disney+ subscription, you need to watch it.

“Luca” is coming to Disney+ on Friday 18th June.

Roger has been a Disney fan since he was a kid and this interest has grown over the years. He has visited Disney Parks around the globe and has a vast collection of Disney movies and collectibles. He is the owner of What's On Disney Plus & DisKingdom. Email: Roger@WhatsOnDisneyPlus.com Twitter: Twitter.com/RogPalmerUK Facebook: Facebook.com/rogpalmeruk
View all posts
Tags: luca, pixar, review