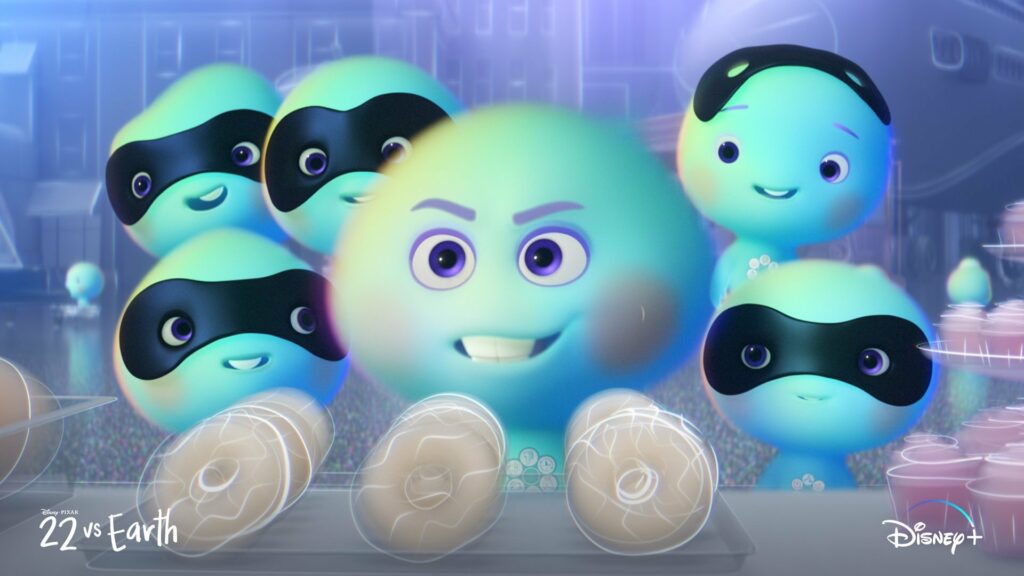 Ever wonder what new soul 22 has against Earth in Disney and Pixar’s hit 2020 feature film “Soul”? A new short from Pixar Animation Studios revisits the skeptical soul long before she ever met Joe Gardner. “22 vs. Earth” welcomes Tina Fey back to The Great Before as the voice of quick-witted and sarcastic soul 22.

“I think the new souls make the short so fun—the contrast of their pure innocence and delight with the cynical expectations of 22,” said Nolting. “The other new souls are what 22 once was before she took another path—purely innocent, blank slates to be guided by the counselors in their mostly uneventful journey to the earth portal. 22 sees an opening in that and attempts to guide them herself into her way of thinking.”

Are you looking forward to this new short?

Roger has been a Disney fan since he was a kid and this interest has grown over the years. He has visited Disney Parks around the globe and has a vast collection of Disney movies and collectibles. He is the owner of What's On Disney Plus & DisKingdom. Email: Roger@WhatsOnDisneyPlus.com Twitter: Twitter.com/RogPalmerUK Facebook: Facebook.com/rogpalmeruk
View all posts
Tags: 22 vs earth, Soul