The new short is called “Ciao Alberto” and it will be coming to Disney+ on Friday 12th November, which is “Disney+ Day”, which is going to be a global celebration that will come to life across all dimensions of the Company. Subscribers to Disney+ will be treated to new content releases across the service’s iconic brands, Disney, Pixar, Marvel, Star Wars, National Geographic, and Star, along with a special presentation on Disney+ for fans with sneak peeks into what’s to come.

No details have yet been revealed about what the short will be about, so expect to find out more details nearer Disney+ Day. 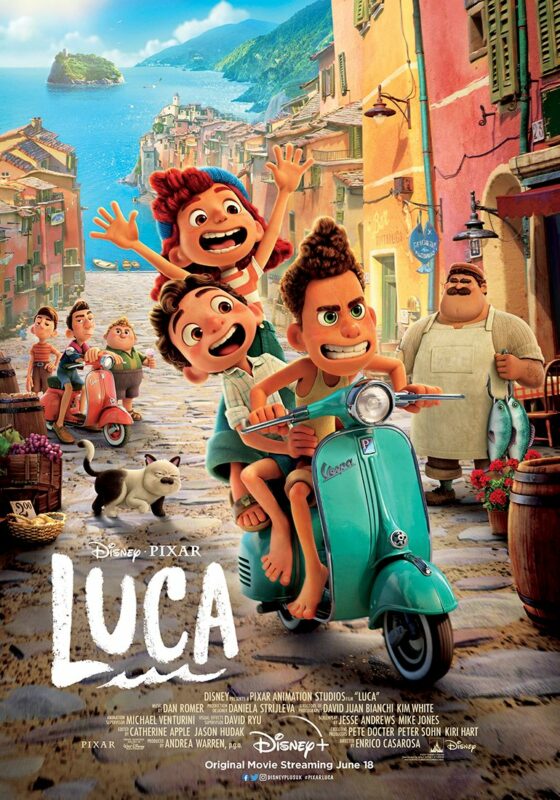 Pixar’s “Luca” is available to stream on Disney+ now and is set in a beautiful seaside town on the Italian Riviera, Disney and Pixar’s original feature film “Luca” is a coming-of-age story about one young boy experiencing an unforgettable summer filled with gelato, pasta and endless scooter rides. Luca (voice of Jacob Tremblay) shares these adventures with his newfound best friend, Alberto (voice of Jack Dylan Grazer), but all the fun is threatened by a deeply-held secret: they are sea monsters from another world just below the water’s surface.

Are you looking forward to this new “Luca” short?

Roger has been a Disney fan since he was a kid and this interest has grown over the years. He has visited Disney Parks around the globe and has a vast collection of Disney movies and collectibles. He is the owner of What's On Disney Plus & DisKingdom. Email: Roger@WhatsOnDisneyPlus.com Twitter: Twitter.com/RogPalmerUK Facebook: Facebook.com/rogpalmeruk
View all posts
Tags: Disney plus day, disney+ day, luca