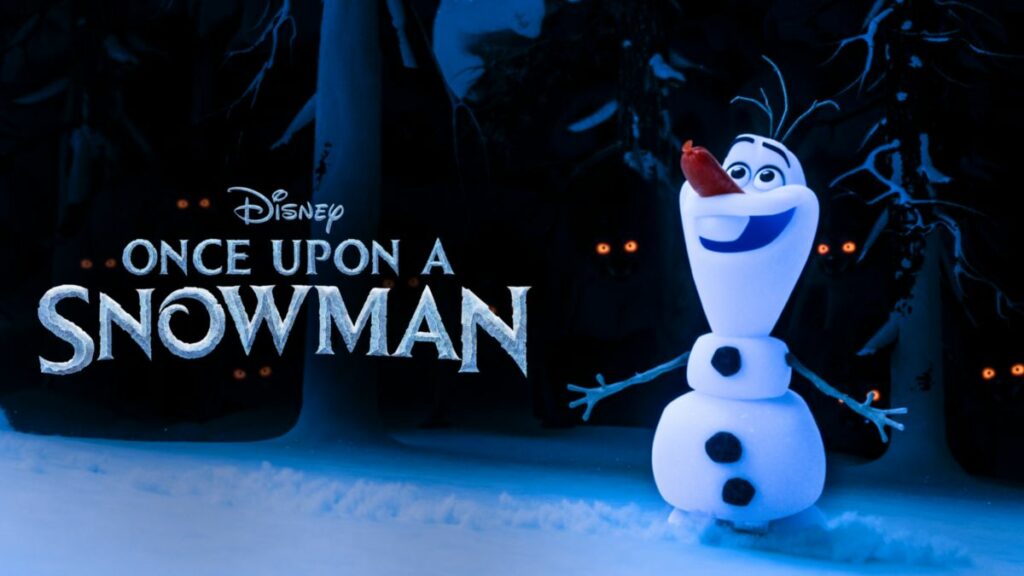 Disney gives “Frozen” fans a chance to see Olaf’s early life in “Once Upon A Snowman.” This short looks at the time right after Olaf was created by Elsa right up until he catches up with Kristoff, Sven and Anna. It’s a fun way to spend a few minutes for the Olaf, or “Frozen,” fan in your family.

During the short, Olaf is knocked down a mountain by Elsa’s cloak, finds an identity for himself, gets crushed behind a door by Anna, gets a sausage nose, gets chased by a hungry pack of wolves, loses his sausage nose, gives the crushed sausage nose to a hungry wolf and eventually catches up to the rest of the “Frozen” crew who give him his carrot nose. It’s an eventful time for a snowman who is less than a day old. But, in the end, it’s a humanizing trip for Olaf that makes him far more likable, to me, than his appearance in the movie did. 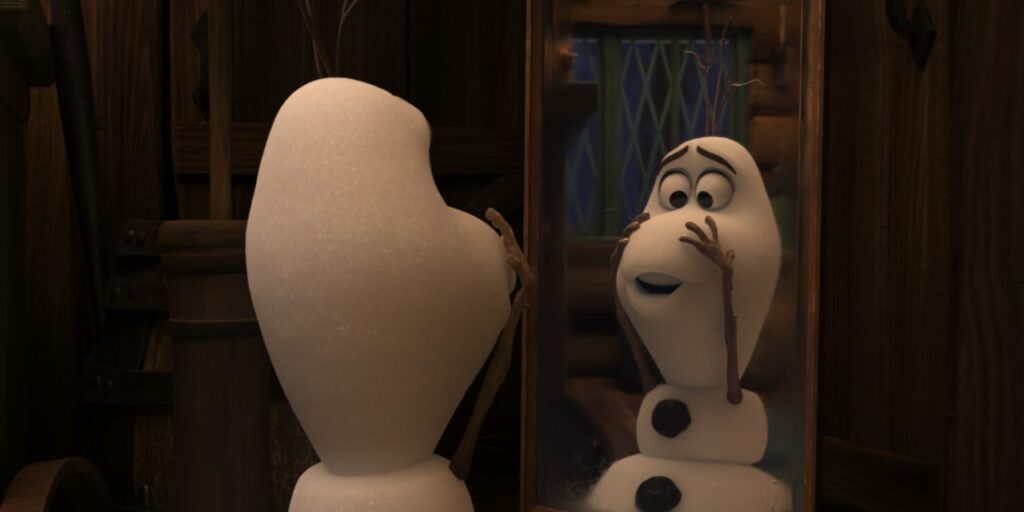 It’s a cute short that I’m sure the kids will love. Adults who loved Olaf in “Frozen” will probably love it too. It’s well animated and tells a charming story. It’s not a bad way to spend a few minutes. It’s actually my second favorite “Frozen” content on Disney+ after the LEGO shorts. “Frozen” doesn’t exactly appeal to me, but I enjoy these small shorts. It’s a way for me to connect to members of my family who love the films, even though I’m never going to love them. If you haven’t watched this short, I recommend giving it a shot.

What did you think of “Once Upon a Snowman?”

Jeremy has been a big Disney fan since he was a kid growing up during the Disney Renaissance. One day he hopes to go to every Disney Park in the world.
View all posts
Tags: disney, frozen, once upon a snowman, retro review, review