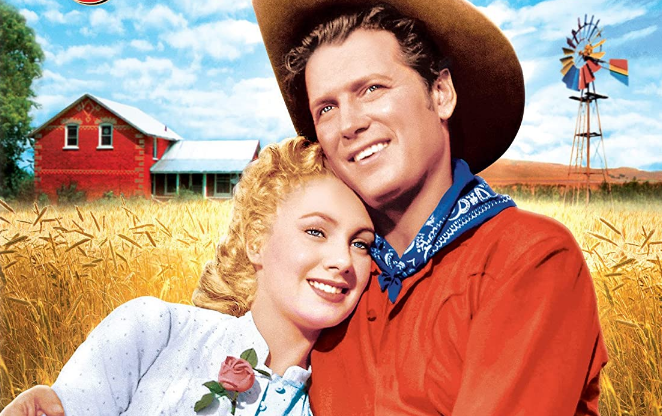 Disney has announced that the classic Rodgers and Hammerstein musical film, “Oklahoma!” will be coming to Disney+ in the United States on Friday 30th April.

Gordon MacRae brings his sterling voice to the role of cowboy Curly, and Shirley Jones plays Laurie, the object of his affection. The Rodgers and Hammerstein score includes “The Surrey with the Fringe on Top,” “Oh, What a Beautiful Mornin’,” and “People Will Say We’re in Love.”

This film was originally released by 20th Century Fox in 1955 and was restored in 2014 for a Blu-Ray release.

Are you looking forward to seeing “Rodgers & Hammerstein’s Oklahoma!” on Disney+?

Roger has been a Disney fan since he was a kid and this interest has grown over the years. He has visited Disney Parks around the globe and has a vast collection of Disney movies and collectibles. He is the owner of What's On Disney Plus & DisKingdom. Email: Roger@WhatsOnDisneyPlus.com Twitter: Twitter.com/RogPalmerUK Facebook: Facebook.com/rogpalmeruk
View all posts
Tags: oklahoma