Disney has released a new trailer and poster for the upcoming Marvel animated series “Hit Monkey”, which tells the story of a Japanese snow monkey who seeks vengeance after his tribe is slaughtered.  He joins forces with the ghost of an American assassin and together, they begin killing their way through the Yakuza underworld. 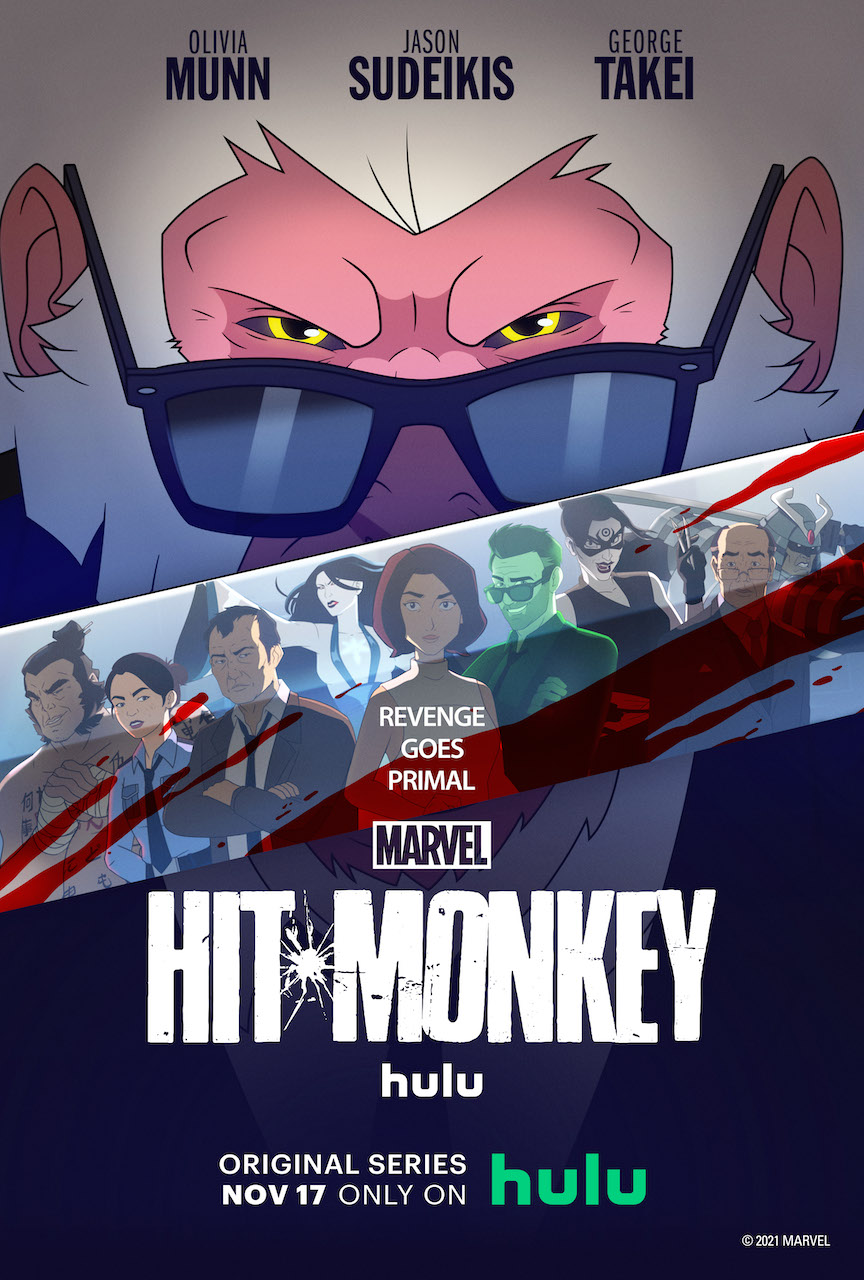 “Hit-Monkey” premieres on Hulu in the United States on November 17th, 2021 with all ten episodes arriving at once. No international release on Disney+ has yet been announced, but is expected soon.

Are you looking forward to “Hit-Monkey”?

Roger has been a Disney fan since he was a kid and this interest has grown over the years. He has visited Disney Parks around the globe and has a vast collection of Disney movies and collectibles. He is the owner of What's On Disney Plus & DisKingdom. Email: Roger@WhatsOnDisneyPlus.com Twitter: Twitter.com/RogPalmerUK Facebook: Facebook.com/rogpalmeruk
View all posts
Tags: hit monkey, Marvel