Disney has released a brand new poster for the upcoming Marvel Studios series “Hawkeye”.  The first two episodes will be arriving on Disney+, just in time for Thanksgiving, on Wednesday 24th November 2021, with new episodes dropping weekly afterwards.

Marvel Studios’ “Hawkeye” is an original new series set in post-blip New York City where former Avenger Clint Barton aka Hawkeye (Jeremy Renner) has a seemingly simple mission: get back to his family for Christmas. But when a threat from his past shows up, Hawkeye reluctantly teams up with Kate Bishop (Hailee Steinfeld), a 22-year-old skilled archer and his biggest fan, to unravel a criminal conspiracy. 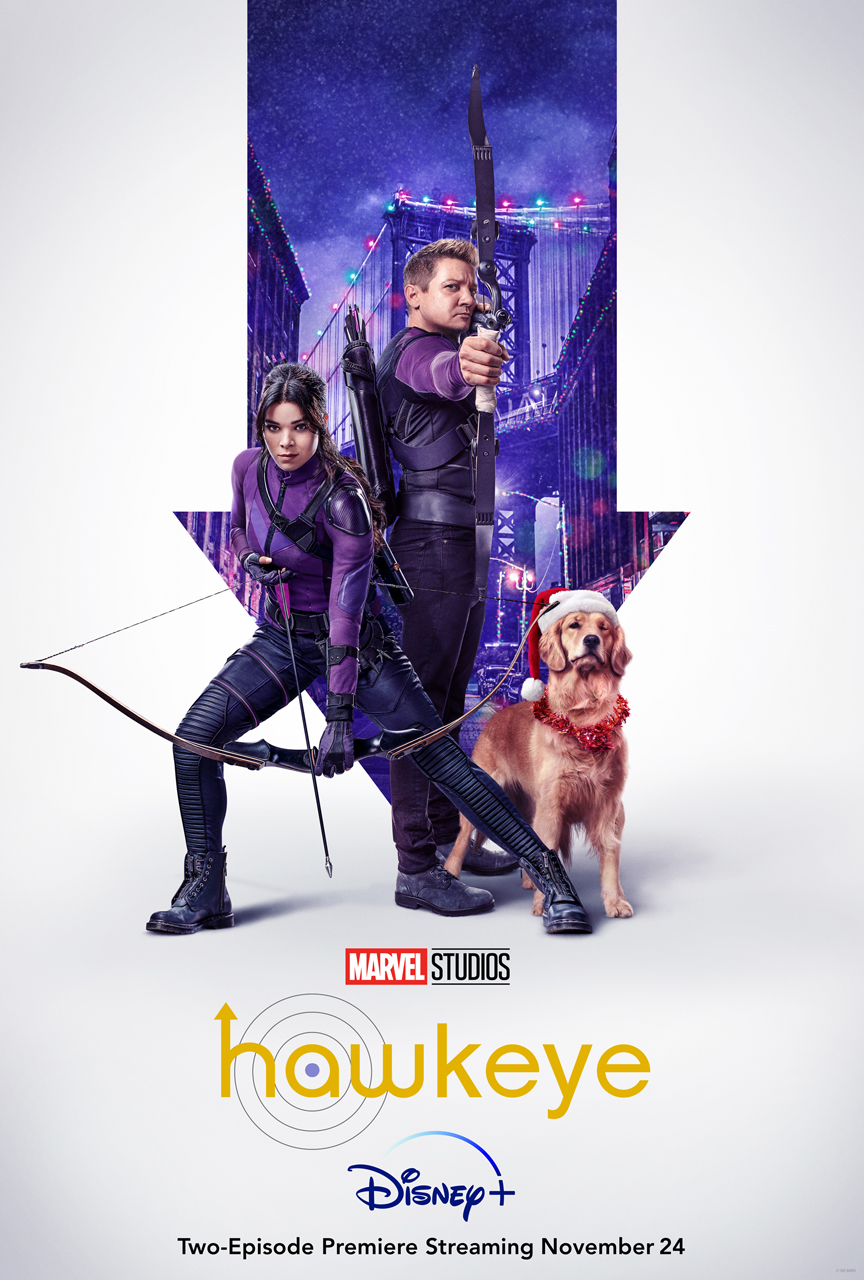 Are you looking forward to “Hawkeye” arriving on Disney+?