Disney has announced that Marvel Studios is creating a brand new original unscripted documentary series for Disney+, that will showcase the strong and inspiring women who bring the Marvel Cinematic Universe to life both behind and in front of the camera.

This upcoming series will feature the Super Heroes you know onscreen, the brilliant minds who work tirelessly offscreen, and a few incredible fans of the powerful women of the Marvel Cinematic Universe.

Disney is also now looking for super fans to appear in the series. 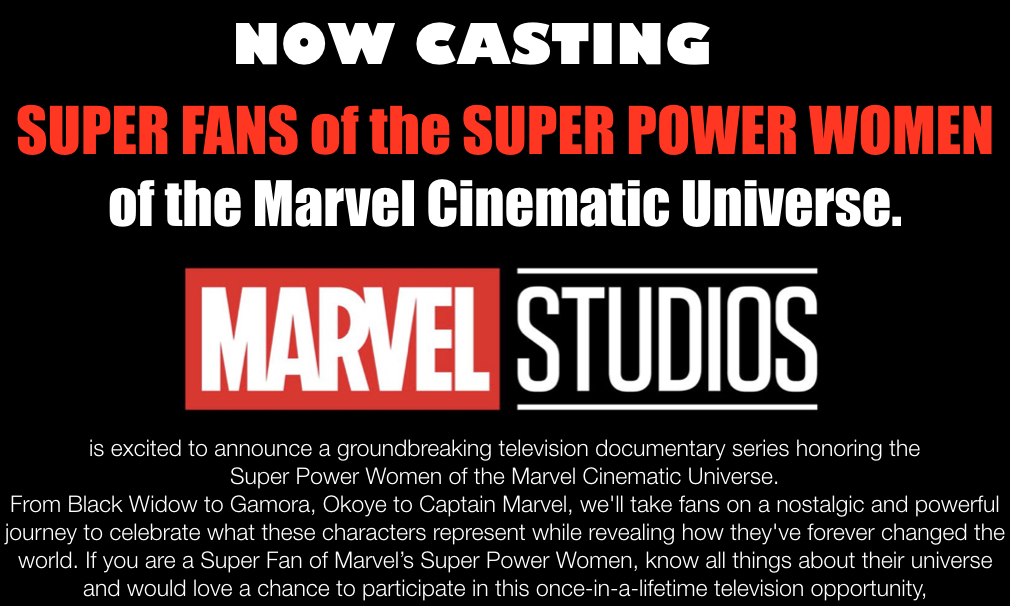 If you or someone you know is that “super power” fan of Marvel’s strong women and would love to participate in this groundbreaking documentary series, you can apply by clicking here.