With just 2 weeks until the release of the first two episodes of Marvel’s “Hawkeye”, Disney has released a brand new holiday-themed poster featuring Jeremy Renner as Hawkeye, who teams up with another well-known archer from the Marvel comics, Kate Bishop, played by Hailee Steinfeld.

The long-time Avenger takes his family to New York City for some festive holiday cheer and that’s when everything starts to go sideways in Marvel Studios’ Hawkeye. Set in post-blip New York City, Clint Barton aka Hawkeye has a seemingly simple mission: get back to his family for Christmas. But when a threat from his past shows up, Hawkeye reluctantly teams up with Kate Bishop, a 22-year-old skilled archer, and his biggest fan, to unravel a criminal conspiracy. Here’s to hoping there’s more trick arrows under the tree this year. 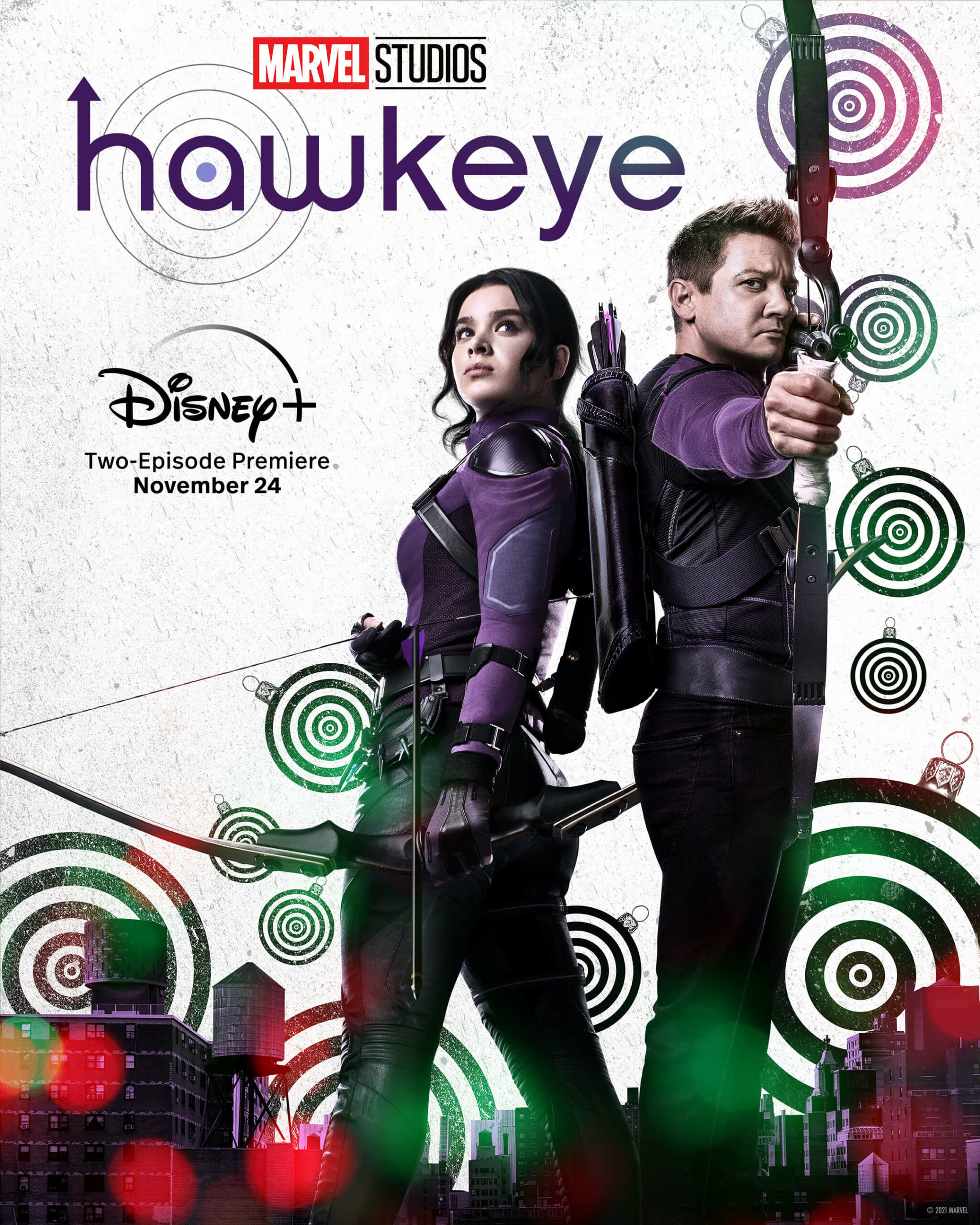 “Hawkeye” debuts on Disney+ on November 24th, get ready for two episodes to kick off the holiday season this year. Subsequent episodes will launch each week on Wednesday.

Are you looking forward to “Hawkeye”?