Just ahead of the release of the first two episodes of the new Marvel Studios series “Hawkeye”, a brand new poster featuring stars Jeremy Renner as Hawkeye and Hailee Steinfeld as Kate Bishop.

Marvel Studios’ “Hawkeye” is an original new series set in post–blip New York City where former Avenger Clint Barton aka Hawkeye has a seemingly simple mission: get back to his family for Christmas. But when a threat from his past shows up, Hawkeye reluctantly teams up with Kate Bishop, a 22–year–old skilled archer and his biggest fan, to unravel a criminal conspiracy

Here’s a look at the new poster: 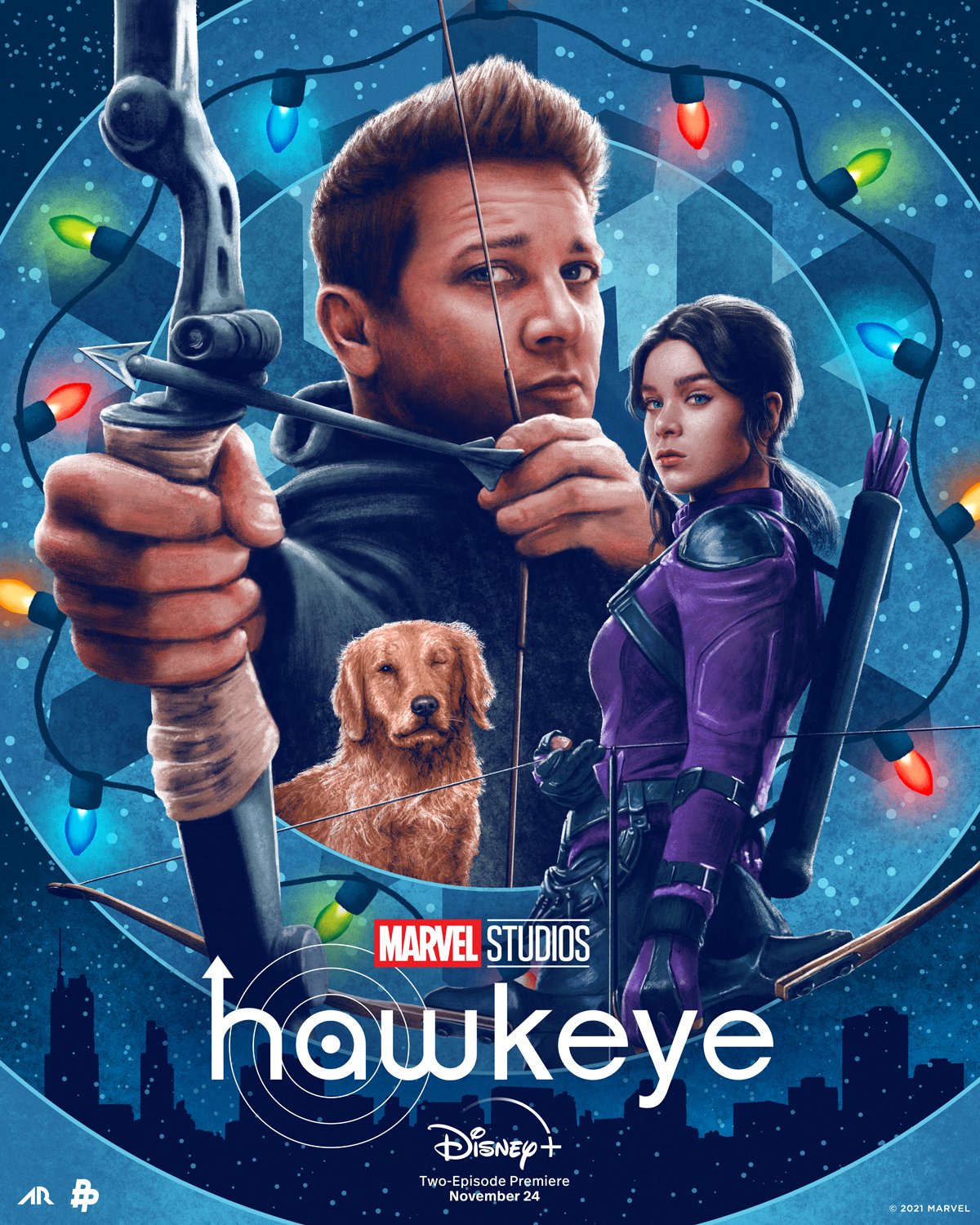 Are you looking forward to “Hawkeye”?