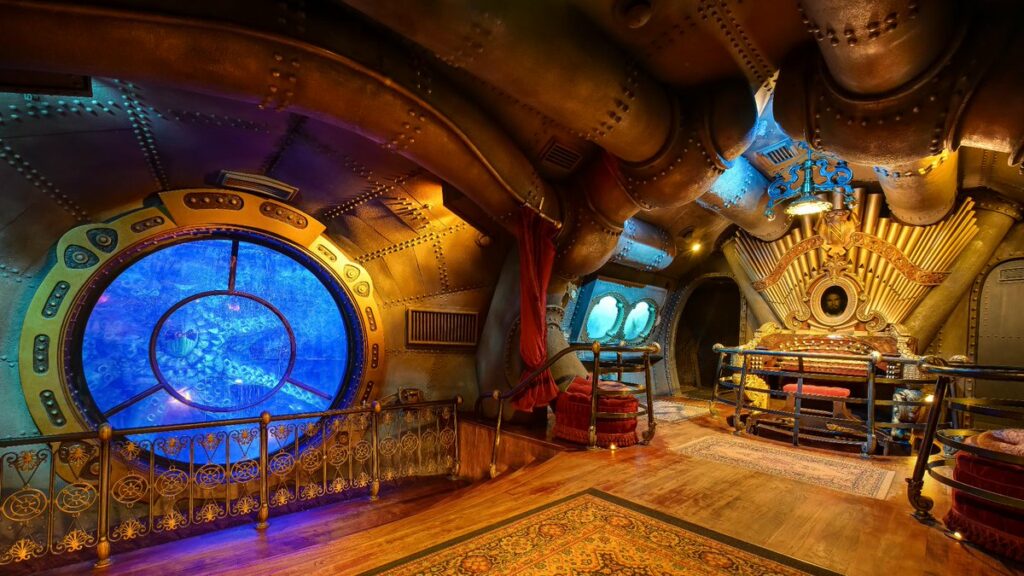 At the Edinburgh TV Festival, Disney has announced brand new Disney+ original live-action-drama series “Nautilus”, which is based on the Jules Verne’s classic novel 20,000 Leagues Under The Sea.

The ten-part adventure series will be an origin story of Captain Nemo, and his famous submarine, The Nautilus.

In the series, Nemo is an Indian Prince robbed of his birth right and family, a prisoner of the East India Company and a man bent on revenge against the forces which have taken everything from him. But once he sets sail with his ragtag crew on board the awe-inspiring Nautilus, he not only battles with his enemy, he also discovers a magical underwater world.

”It will feel really big scale, really epic.  I’ve seen the first script and the 10 outlines, and it reads like 10 feature films, really. So it’s going to be a really big deal for us.”

Disney has had a long history with Jules Verne’s classic novel 20,000 Leagues Under The Sea, releasing a film back in 1954, which spawned attractions at Disney Theme Park around the world, along with other works from Jules Verne have inspired Disney projects like the “Atlantis” films and more.

What do you think of Disney making a “Nautilus” series for Disney+?

Roger has been a Disney fan since he was a kid and this interest has grown over the years. He has visited Disney Parks around the globe and has a vast collection of Disney movies and collectibles. He is the owner of What's On Disney Plus & DisKingdom. Email: Roger@WhatsOnDisneyPlus.com Twitter: Twitter.com/RogPalmerUK Facebook: Facebook.com/rogpalmeruk
View all posts
Tags: Nautilus