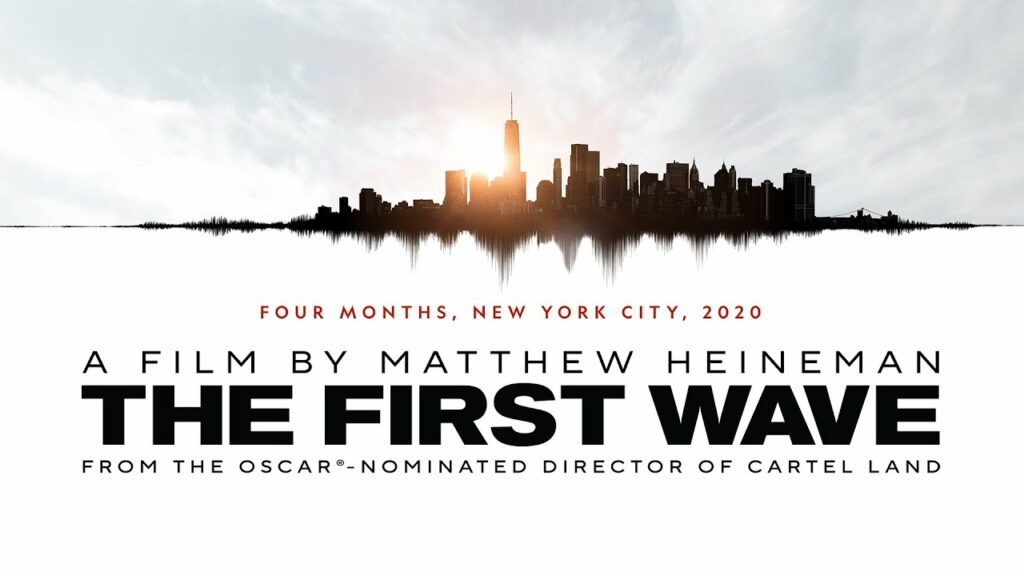 National Geographic has released a new trailer for the upcoming documentary film, “The First Wave”.

In March 2020, COVID-19 was spreading rapidly through the West. Matthew Heineman (Cartel Land, A Private War) follows emergency medical responders in New York City, risking their lives on the front-line as they confront the devastation wreaked during those first four months. Nurses hear endless pleas from patients who can’t breathe – words that would soon become synonymous with the Black Lives Matter movement following George Floyd’s murder at the hands of the police. While huge protests are mobilised to counter systemic racism, in hospital wards the disproportionate impact of Covid-19 on Black and Hispanic communities is palpable. Health centres are overwhelmed and staff are exhausted and heartbroken.

This is a searing and intimate portrait of the nurses and doctors caught in the eye of a storm and working with a heroic and inspirational commitment to care.

The film opened the Hamptons International film festival to widespread critical acclaim before screening at the BFI London Film Festival. It has already won several awards on the festival circuit, most recently the David Carr Award at the Montclair Film Festival, which honors a film exemplifying a commitment to “truth-telling in reporting.”

With exclusive access inside Long Island Jewish Medical Center, one of New York’s hardest-hit hospitals during the terrifying first four months of the pandemic, director Matthew Heineman’s THE FIRST WAVE spotlights the everyday heroes at the epicenter of COVID-19 as they come together to fight one of the greatest threats the world has ever encountered. Leaving a devastating trail of death and despair, this once-in-a-century pandemic changed the very fabric of our daily lives and exposed long-standing inequities in our society. 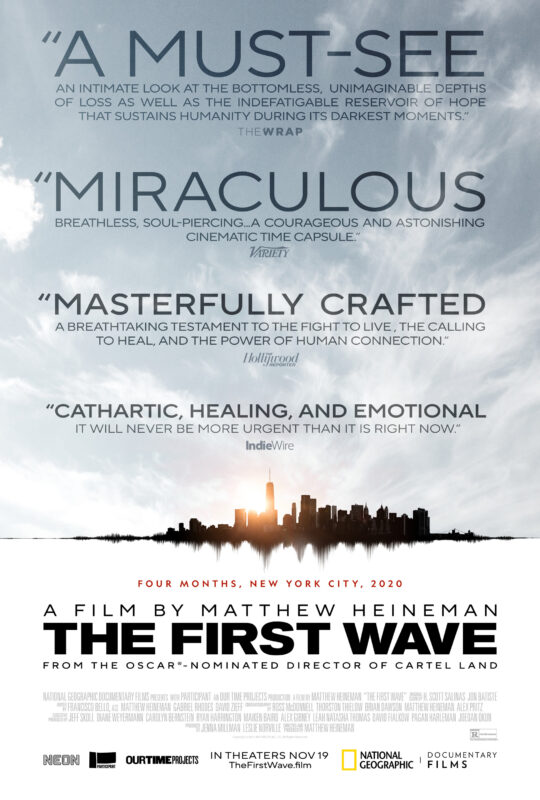 Employing his signature approach of character-driven cinema vérité, Heineman follows a group of doctors, nurses and patients on the frontlines as they all desperately try to navigate the crisis, including Dr. Nathalie Dougé and ICU Nurse Kellie Wunsch, who put their own lives at risk to save the lives of others, and COVID-19 patients Ahmed Ellis and Brussels Jabon, who were simply fighting to survive. Each distinct storyline in THE FIRST WAVE serves as a microcosm through which we can view the emotional and societal impacts of the pandemic.

“I felt a deep responsibility to document this unprecedented moment in time, to put people in the shoes of those who lived it on the front lines,” said Heineman. “There are many things that I hope audiences take away from this film, but for me, it’s a story about how people come together in times of crisis, it’s about resilience, it’s about the power of hope and the strength of the human spirit.”

“Matthew has a unique talent for gripping and deeply intimate filmmaking that reveals the humanity at the heart of every story he tells. We couldn’t think of a more urgent time to share this compelling and inspiring work of art with the world,” said Carolyn Bernstein, executive vice president of Scripted Content and Documentary Films for National Geographic.

This new documentary will be released in theatres on 19th November 2021. With the R rating, expect to see it eventually released on Hulu in the United States and internationally on Disney+.

Roger has been a Disney fan since he was a kid and this interest has grown over the years. He has visited Disney Parks around the globe and has a vast collection of Disney movies and collectibles. He is the owner of What's On Disney Plus & DisKingdom. Email: Roger@WhatsOnDisneyPlus.com Twitter: Twitter.com/RogPalmerUK Facebook: Facebook.com/rogpalmeruk
View all posts
Tags: national geographic, the first wave