The Muppets wrap up the first season of their new sketch comedy show, “Muppets Now,” with episode 6, “Socialized.” In this episode, Scooter has to deal with the new social media intern; Kermit’s nephew, Robin; Dr. Bunsen Honeydew and Beeker try to make more stuff explode before being stopped by Joe from Legal; the Swedish Chef has another cooking competition with Marina Michelson, Fozzie interviews Seth Rogen in a meeting of comedians and Miss Piggy gives us another Lifestyle segment with Taye Diggs and Linda Cardellini.

This episode ranks second from the bottom of the six that were produced for this first season. It was funnier than the sleep episode, but is still way too repetitive. Miss Piggy’s segment was in every single episode this season and it came with diminishing returns. While the jokes are telegraphed from a mile away, the first time I saw it, I couldn’t help but laugh. Now, I just don’t want to see it. I can honestly say I want to see some Muppet content without Miss Piggy on it for a little while. She was completely overused in this season.

In contrast, while the Swedish Chef segments were in five out of six episodes, I found myself laughing at every single one. Much like Miss Piggy’s Lifestyle segment, it was the same formula over and over again. It was very repetitive, but, for me, it worked. While I’ve always enjoyed the Swedish Chef, I never thought there would be a time where I would want to see him over Miss Piggy, but this series has managed to accomplish that feat. 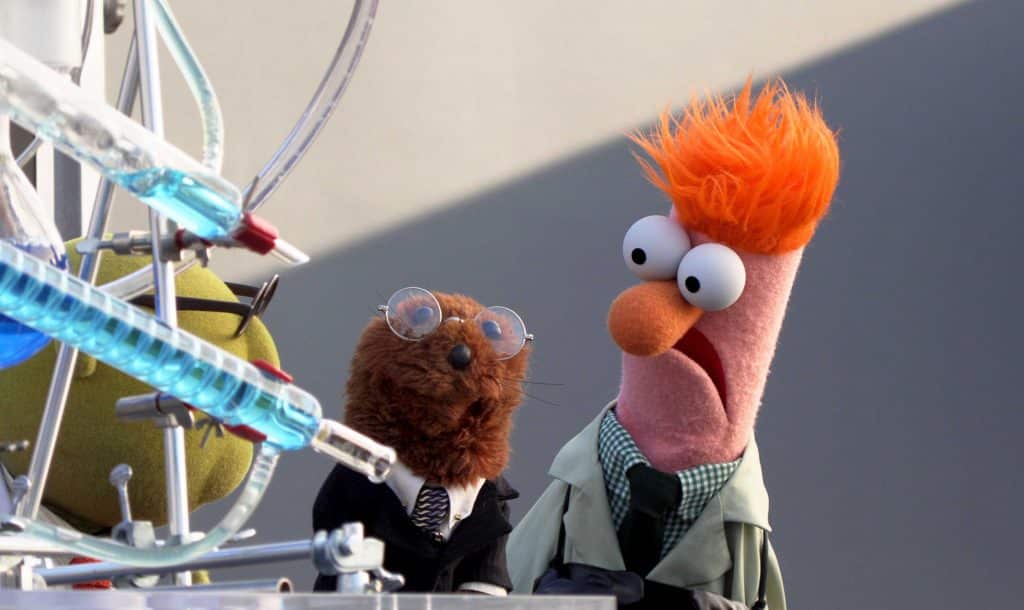 The other segments were somewhere in between. Bunsen and Beeker’s segments and the celebrity interview segments were hit or miss all season. I will say I thought this was the best celebrity interview segment. Rupaul seemed to be a little confused by the point of the segment in the first episode. Aubrey Plaza is known for not being emotive when she acts, it’s part of her schtick, but Miss Piggy’s appearance in that segment was too much for me. Fozzie has had limited interaction in this entire series, so it was refreshing to see him since he hadn’t been overused. Also, it makes perfect sense to have the bear comedian interview the comedian who looks like a bear.

On the other hand, this may have been the weakest segment from Bunsen and Beeker. The idea of Joe from Legal stopping Bunsen and Beeker from making things explode has promise, but I think it was executed poorly. It got me to chuckle, but it wasn’t the amazingly funny segment I wanted it to be.

Overall, I liked this series, but didn’t like the repetition. I hope it gets a second season. I hope we see more segments featuring more Muppets. I love the Muppets and want to see them as much as possible. I just want it to be better than the back half of this season was.