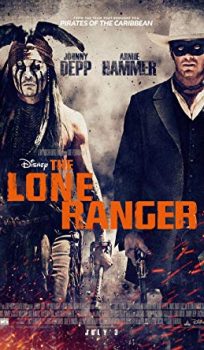 In the 1930s, an elderly Tonto tells a young boy the tale of John Reid, the Lone Ranger. An idealistic lawyer, he rides with his brother and fellow Texas Rangers in pursuit of the notorious Butch Cavendish. Ambushed by the outlaw and left for dead, John Reid is rescued by the renegade Comanche, Tonto, at the insistence of a mysterious white horse and offers to help him to bring Cavendish to justice. Becoming a reluctant masked rider with a seemingly incomprehensible partner, Reid pursues the criminal against all obstacles. However, John and Tonto learn that Cavendish is only part of a far greater injustice and the pair must fight it in an adventure that would make them a legend.