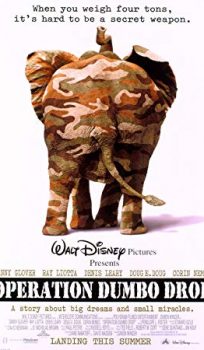 During the Vietnam War, a village that American forces are using to spy on the Ho Chi Minh Trail has its sacred elephant killed by the North Vietnamese Army because they were cooperating with the Americans. The villagers need an elephant for a ceremony that will occur within the week. Captain Sam Cahill, an easygoing man who is heading home, and his hotheaded replacement Captain TC Doyle scrounge up another elephant with the help of sneaky supply chief warrant officer David Poole, luckless farmboy Lawrence Farley, and short-timer Harvey Ashford, and transport it across South Vietnam to get it to the village on time, running into all sorts of transport problems, personality conflicts, and an NVA squad that wants the Americans out of the village.