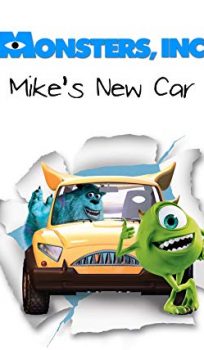 Mike has a surprise for his pal Sullivan: Mike’s gotten a new car, one with six-wheel drive. He invites Sullivan to hop in and they’ll go for a spin. At that point, problems arise: first Sullivan’s cramped, then Mike has a seat belt problem, gets locked out, and suffers indignities before Sullivan figures out how to unlock the car to let him back in. All sorts of gadgets misfire, until finally Mike has the car in gear, ready to roll. What was it again that was wrong with his old car?