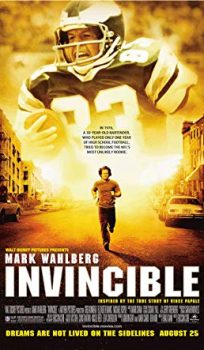 In the sumer of 1976, 30-year old Vince Papale is having a tough run of luck. He’s been working as a substitute teacher for two days a week but has just found out that his job has been eliminated because of budget cuts. His wife gives up on him saying he’ll never amount to anything and asks for a divorce. He works as a bartender and plays football with his friends. When the the new coach of the Philadelphia Eagles, Dick Vermeil, announces that he will hold open tryouts for the team, Vince reluctantly decides to give a try. Based on a true story.