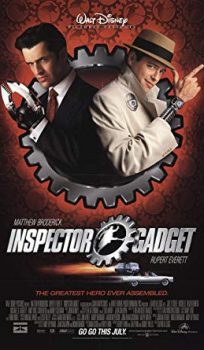 A remake of the television series, Matthew Broderick stars as Gadget, who suffers an accident at the beginning of the film, and befriends Brenda, a robotic surgeon who repairs Gadget so that he can defeat the villain Claw. In the meantime, Gadget and Brenda fall in love.