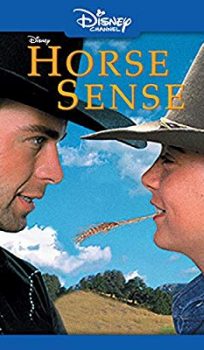 A spoiled boy named Michael Woods invites his cousin Tommy Biggs to come and spend time with him in L.A. Tommy is thrilled to see his cousin after years of not seeing each other. When Tommy arrives in L.A. Michael ignores Tommy the whole time and makes him feel unwelcome. Then, the housekeeper has a talk with Michael about ignoring Tommy and Michael says he will take Tommy to Disneyland and they would have a good time. On their way to Disneyland his girlfriend Gina, who is a total drama queen and a snob calls him and asks him if he wants to come see her and her father at the racetrack. Michael says yes and takes Tommy to a Kiddie Zone so Michael could go to the racetrack. On the way back to get Tommy, Michael gets in a car accident and writes down the wrong information to the victim. Michael and Tommy get into an argument when Michael gets home and Tommy leaves the next day. Tommy’s mother calls Michael’s parents to tell him how rude Michael was to Tommy. Then, Michael’s parents punish him by sending him to Tommy and his aunt’s ranch to work for a month for free. Michael then learns that the ranch is going to be foreclosed at the end of the month, so Michael and Tommy put their differences aside and work together to save the ranch from foreclosure. Michael also learns a valuable lesson about loyalty and love.