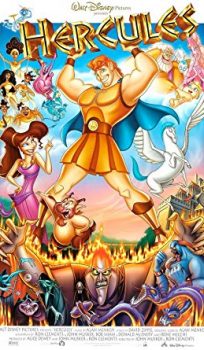 Hercules, son of the Greek God, Zeus, is turned into a half-god, half-mortal by evil Hades, God of the Underworld, who plans to overthrow Zeus. Hercules is raised on Earth and retains his god-like strength, but when he discovers his immortal heritage Zeus tells him that to return to Mount Olympus he must become a true hero. Hercules becomes a famous hero with the help of his friend Pegasus and his personal trainer, Phil the satyr. Hercules battles monsters, Hades and the Titans, but it is his self-sacrifice to rescue his love Meg which makes him a true hero.