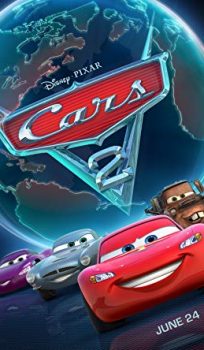 The famous race car Lightning McQueen and his team are invited to compete in the World Grand Prix race. There, McQueen’s best friend Mater, finds himself involved in international espionage, and alongside two professional British spies, attempts to uncover a secret plan led by a mysterious mastermind and his criminal gang, which threatens the lives of all competitors in the tournament.