Following on from the news that Sherri Shepherd has joined the pilot of ABC’s new multi-camera comedy series “Black Don’t Crack”, Deadline has announced more cast for the project.

The series will follow three former sorority sisters who lost touch after college, reunite during a pivotal point in their lives. They realize sometimes it’s okay to crack and when you do, no one will be there for you like your friends.

Essence Atkins (Marlon) and Tisha Campbell (My Wife and Kids) are set as the two remaining leads opposite Sherri Shepherd.

Essence Atkins will play Nia Hillis Davis. A bougie, conservative politician’s wife who has lost touch with her more fun-loving college self. Though she may have many cracks in her perfect facade that she goes to great pains to cover up. While she may be perceived as uptight and snobbish, she’s ultimately a lovable neurotic who is our voice of positivity, even if a lot of the times, she’s not sure what’s going on.

Tisha Campbell will portray Tasha Marks, a hip and fabulous Atlanta restaurateur who starts trends instead of following them. She holds nothing back and is brutally honest (sometimes to a fault) with her friends, but has been avoiding a truth in her own life. She’s achieved the perfect professional life and insists that she needs no man in her life to interfere with the career she’s worked so hard to create. 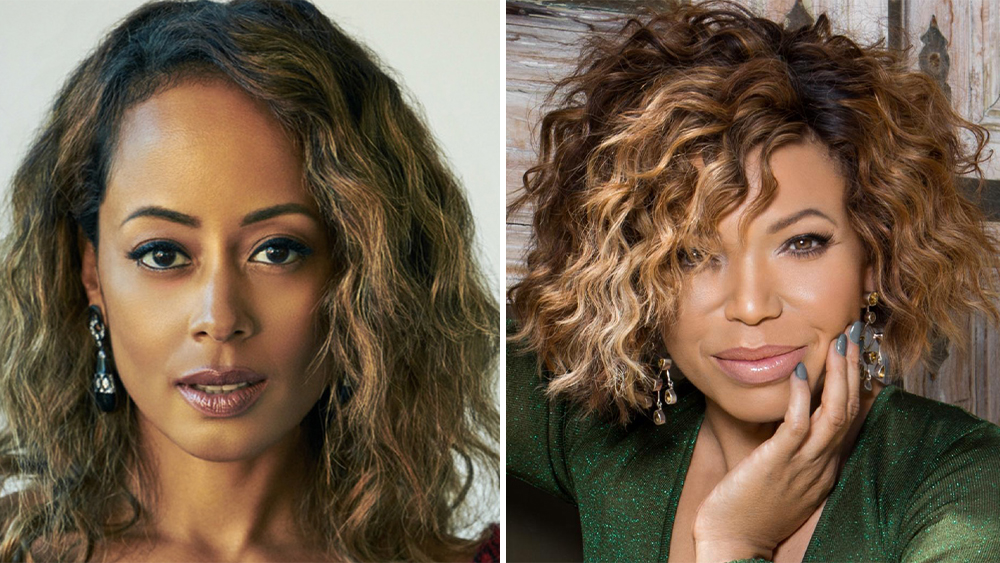 Tahj Mowry is playing Khalil Grant, Angela’s (Shepard) 20 something son. He is a recent college grad who is full of big ideas and big dreams, but has yet to get any of his start-up companies off the ground. A bit of slow starter at life, he lives in his mother’s basement and still relies on her to do his laundry and front him rent money. He is fiercely protective of his family and is gradually growing into a responsible adult.

Beth Grant plays Nancy, Angela’s (Shepard) sharp-tongued mother-in-law. She adores her grandson but is tougher on her daughter-in-law – she can be abrasive, demanding, and unaware of her prejudices. While Nancy can be a thorn in Angela’s side, the truth is they need each other. At the end of the day, the things they share — the loss of a husband, their love for Khalil – keep them from killing each other.

Isaiah Mustafa is playing Charles Daniels, a co-owner with Tasha of a restaurant and bar in Atlanta. Charles is a former pro-football player who is handsome and oozes charm and swagger. He’s full of stories from back in his glory days and is comfortable being the center of attention. He could be perceived as cocky, but he’s ultimately the kind of dependable, good guy you want in your corner.

“Black Don’t Crack” will be directed by Kelly Park, with Regina Hicks writing the series, along with being an executive producer with Viola Davis & Julius Tennon and Larry Wilmore.

Roger has been a Disney fan since he was a kid and this interest has grown over the years. He has visited Disney Parks around the globe and has a vast collection of Disney movies and collectibles. He is the owner of What's On Disney Plus & DisKingdom. Email: Roger@WhatsOnDisneyPlus.com Twitter: Twitter.com/RogPalmerUK Facebook: Facebook.com/rogpalmeruk
View all posts
Tags: black don't crack