After failing to become a jokester, Tylor commits himself to being the best MIFTer he can be, but his decision to refocus and rededicate himself comes on the day the team remembers one of its former members who was always committed to the team in the latest episode of “Monsters At Work.” While the MIFT team takes time to honor the memory of David, Tylor tries to do everything he can to help the team have time to pay tribute to their fallen comrade. That leads to some issues when Duncan’s pet eats the piece of hair left from David.

This is one of the better episodes to demonstrate the importance of the camaraderie with the MIFT team. A lot of the early part of the season felt like the MIFT team was just there, despite being the main storyline. Early on, show creators put as much effort into Mike and Sully running Monster Incorporated as they did on what the MIFT team did. While this makes sense because fans are familiar with the “Monsters Inc.” characters, they ran with that concept too long making the MIFT characters feel second rate. In the last few episodes, more focus is on Tylor, Val, Duncan, Fritz, and Cutter and that improves the show. We know the show is about Tylor’s storyline, not Mike and Sully. While their presence is necessary from time to time, focusing on them too much prevents character growth for others. As we approach the final episode of the first season, the creators are finally hitting their stride. 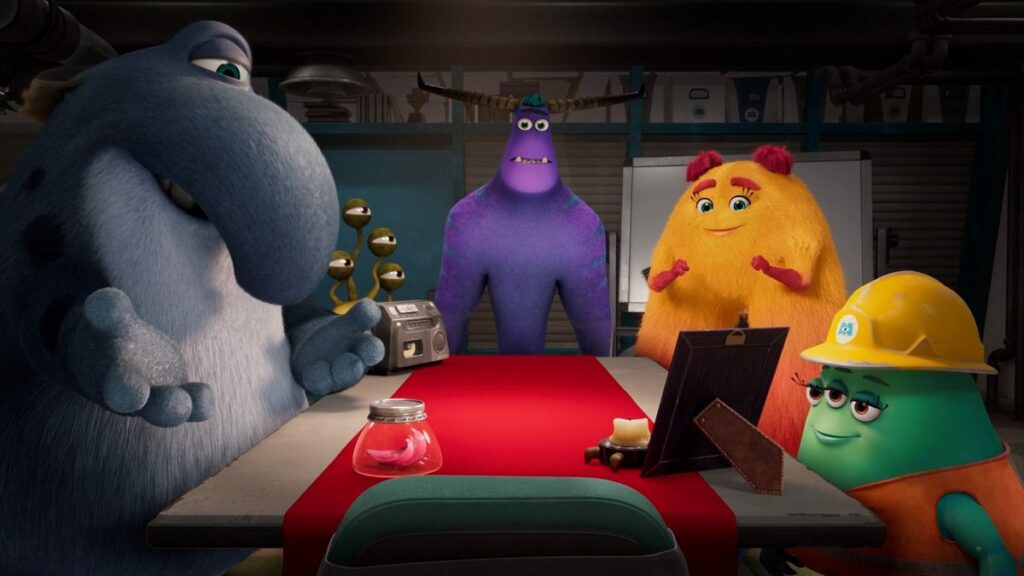 Tylor’s efforts to prove himself to the rest of the MIFT team make for a better episode. He’s willing to feed Duncan’s pet despite Ducan being openly hostile to him because Duncan wants Fritz’s job and he fears others are trying to take it out from under him. He wants to let the MIFT team remember their former teammate and it ends up leading to some really funny moments. Tylor’s efforts to get hair from rose and to go to the place where the doors are shredded just to find hairball from David increased my personal enjoyment. I didn’t need the dream sequence, or hallucination, or whatever it was where he thought he saw David, but that was to be expected with this episode’s plot.

This is a good episode, although a bit predictable. I appreciate Tylor’s efforts to prove himself to his teammates. I appreciate Fritz’s undying optimism that Tylor will be an excellent member of the team. I appreciate Duncan’s misplaced animosity. I appreciate Val believing she and Tylor are great friends despite having only one class together in college and never speaking outside of it. I like that the show has found a rhythm and isn’t just recycled joke after recycled joke with all the good focus on Mike and Sully. I like where this series is headed and hope it gets renewed for a second season.

What did you think of this episode of “Monsters At Work?”

Jeremy has been a big Disney fan since he was a kid growing up during the Disney Renaissance. One day he hopes to go to every Disney Park in the world.
View all posts
Tags: disney, Disney+ Original, Monsters At Work, review