Disney has released a new character poster for the finale of the first season of the Marvel Studios animated series “What If?”, which is coming to Disney+ this coming Wednesday 6th October.

The new character poster features Gamora, who is wearing Thanos’s armor and this upcoming episode will tiein with the events of the last episode, which saw What If?..Ultron had won the battle with the Avengers, getting control of all the Infinity Stones and wiping out all the life in his universe, before turning his attention on the Multiverse. 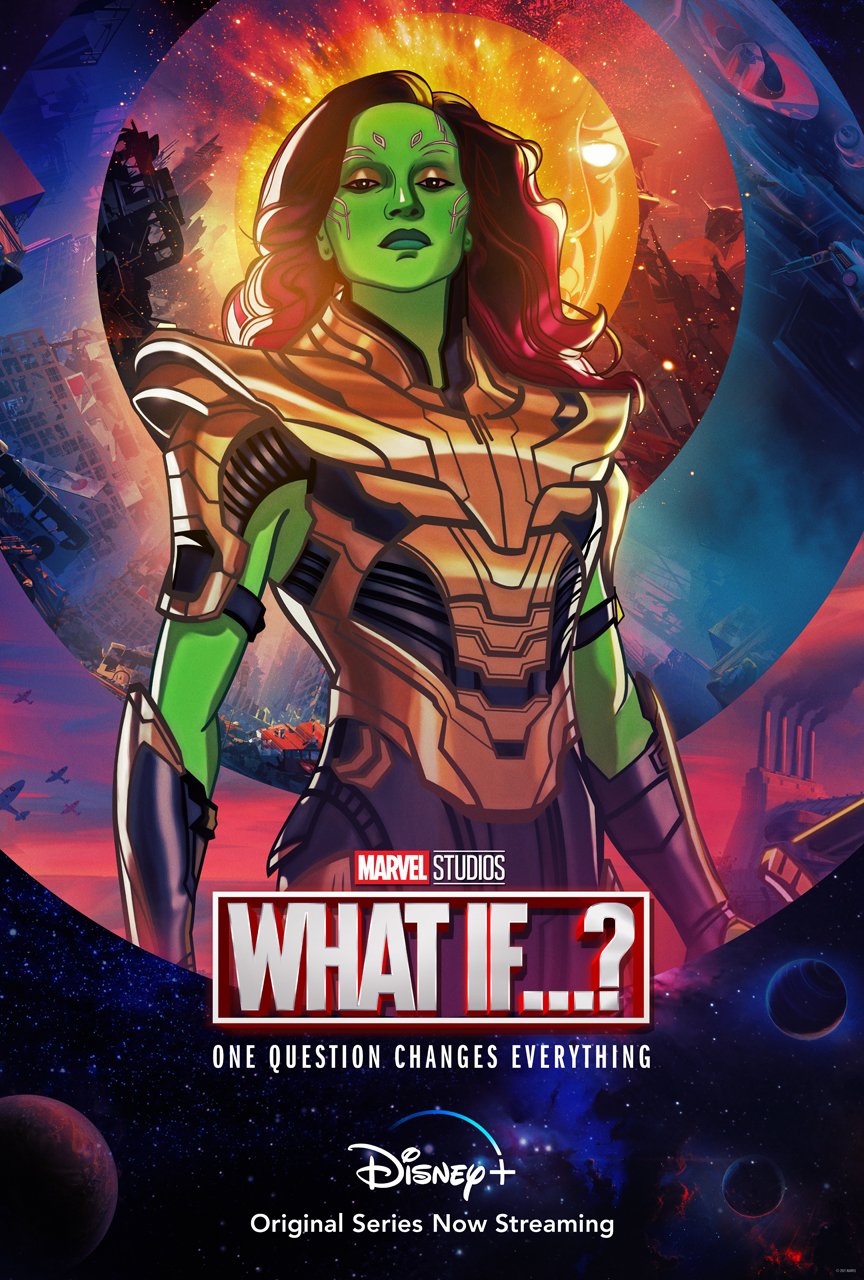 The first 8 episodes of Marvel’s “What If?” are available on Disney+ now.

Are you looking forward to the finale this coming Wednesday?