Disney has released a new poster for this weeks episode of Marvel Studios “What If?” featuring Doctor Strange.

The series showcases compelling and reimagined famous events from films in the Marvel Cinematic Universe, creating a multiverse of infinite possibilities.  This series sees fan-favorite characters such as Peggy Carter, T’Challa, Doctor Strange, Killmonger, Thor, and more return, but a little differently.

No details have yet been revealed about what this new episode will be about. 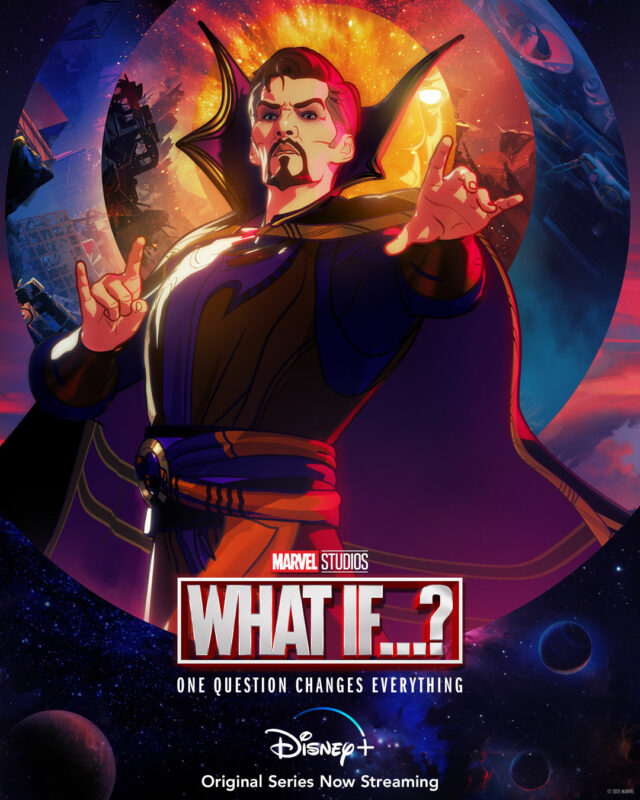 Are you excited for the next episode of “What If?”?