Disney has shared the first character poster for the upcoming Marvel Studios animated series “What If”, which flips the script on the MCU, reimagining famous events from the films in unexpected ways.

Marvel Studios’ first animated series focuses on different heroes from the MCU, featuring a voice cast that includes a host of stars who reprise their roles.

The first poster released is of Captain Carter, who is one of the main characters from the Multiverse, who gets injected with the super-soldier serum instead of Steve Rogers.

Check out the Captain Carter poster below: 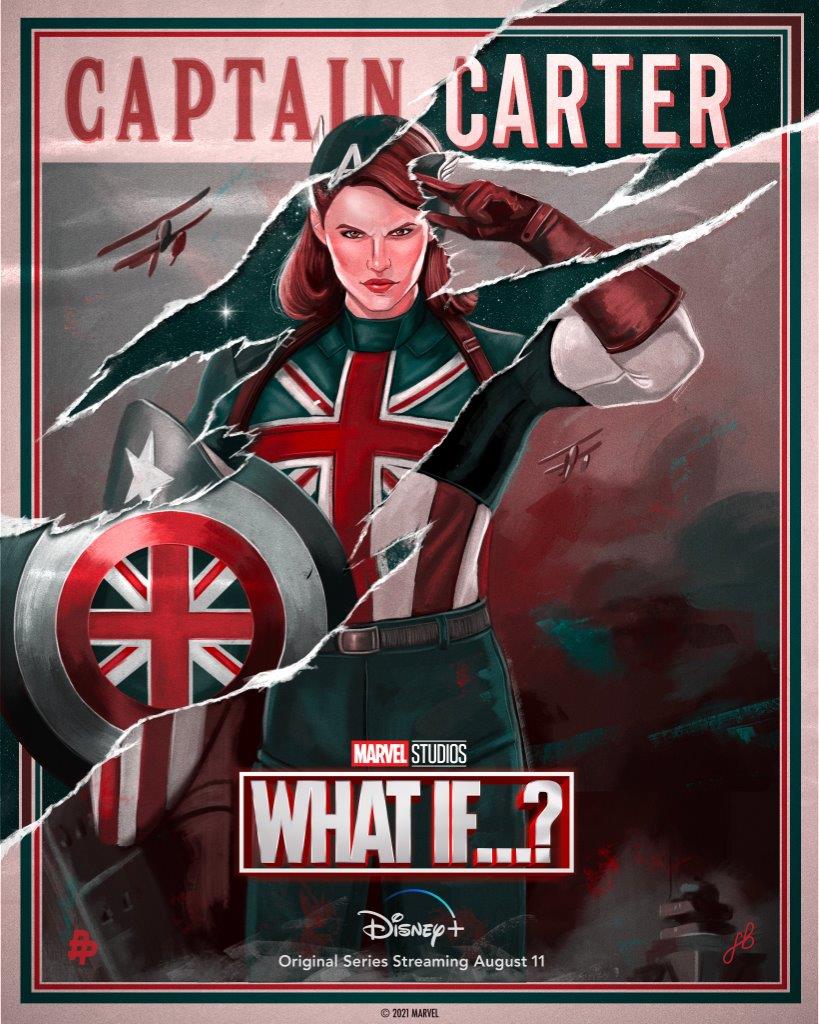 The first episode of Marvel’s “What If” is coming to Disney+ on Wednesday 11th August.

What do you think of this new poster?