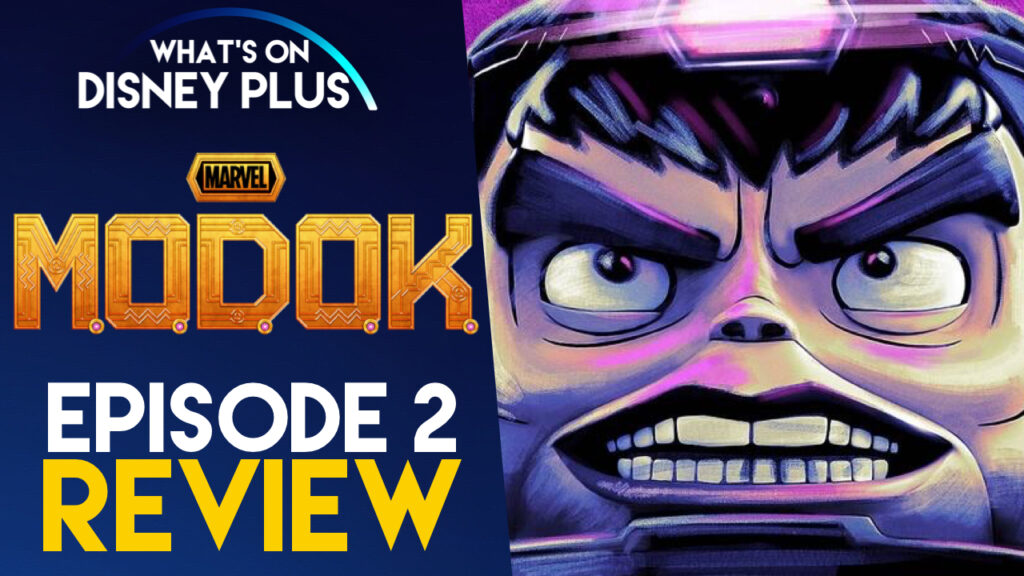 The second episode of Marvel’s new adult animated series “M.O.D.O.K” arrives on Disney+ internationally this coming Friday. In the second episode, we see M.O.D.O.K take his wife, Jodie, back in time to a Third Eye Blind concert that they never made it to when they were younger, to try to win her back.

As you’d expect from any time-travelling adventure, not everything goes to plan as they interfere in the timeline, setting up changes to the future, and they are forced to put things right.   But that doesn’t happen. 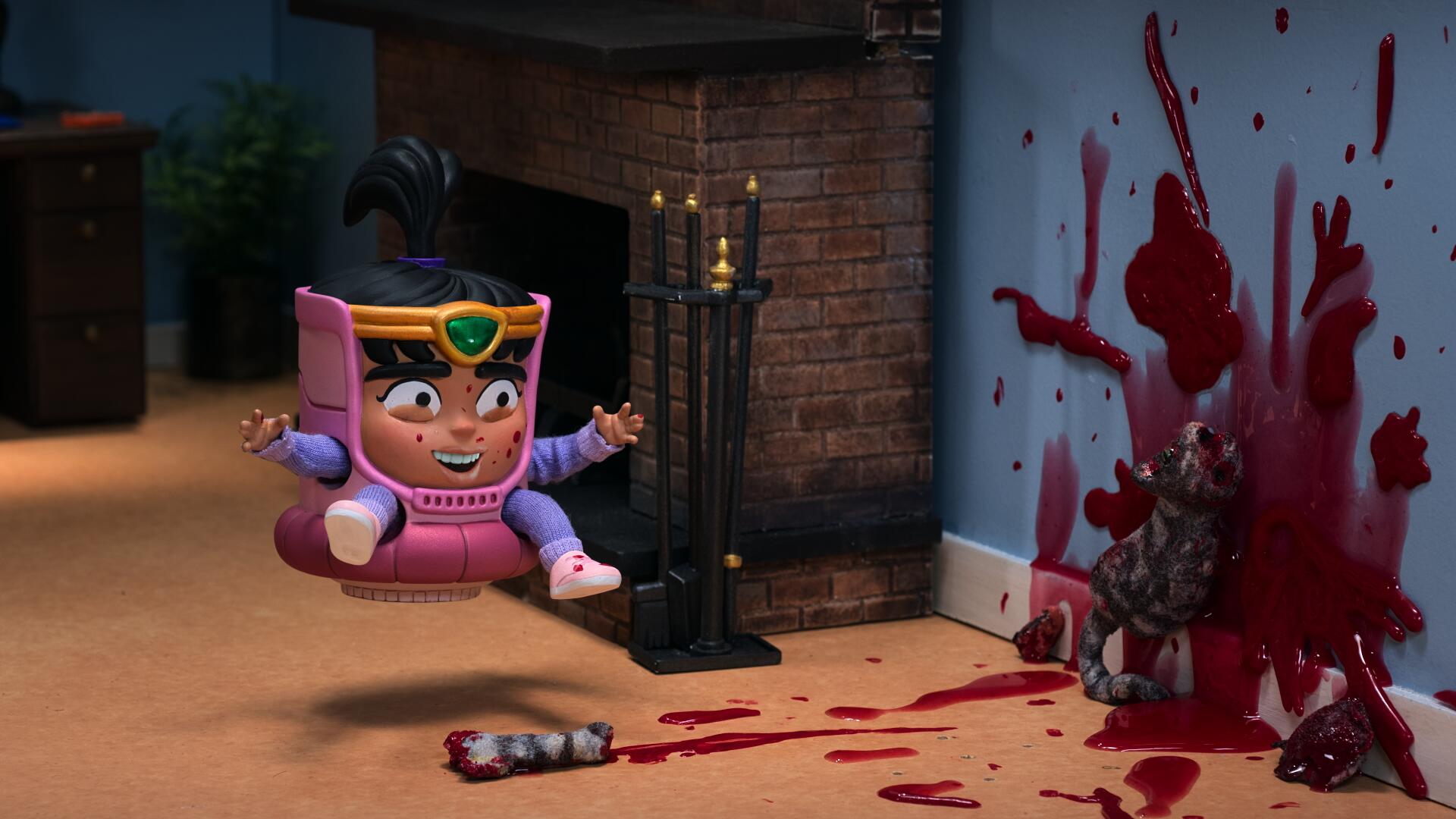 Now that the introductions are over, the series doesn’t waste any time in getting straight into the action, and even with a bonkers storyline, they still keep the story arc moving forward.

I really enjoyed how this episode leaned in on all the cliche time travelling troupes that we’ve seen before, even making a joke of disappearing when the future is changing, like in “Back to the Future”.  I also enjoyed how this episode set up another villain for M.O.D.O.K, a younger version of himself, who hasn’t got soft after falling in love and having a family. 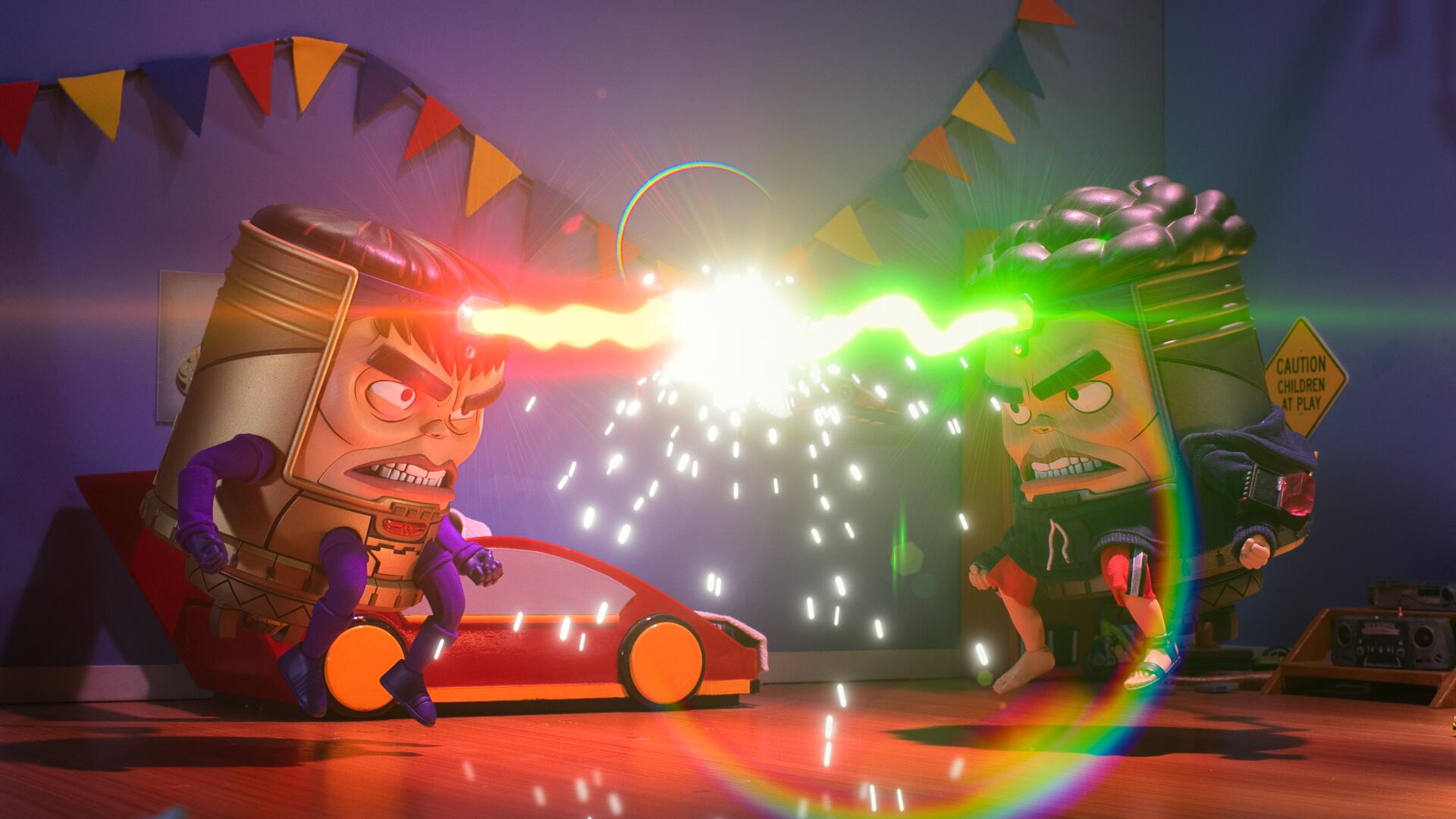 The lure of evilness isn’t too far away in this episode, as M.O.D.O.K also realises he can fix some of his other problems while travelling back in time and taking out his enemies as babies.  It’s pretty dark stuff, but works perfectly with M.O.D.O.K as this evil but also extremely stupid.

With this only being the second episode in the season, it still feels weird having an adult animated series based on Marvel, but it’s so fun and will nicely fill the gap left when “Solar Opposites” ends this week on Disney+.   I really enjoyed this episode of M.O.D.O.K, it might be stupid, but it works.  The episode didn’t blow me away, but there is plenty of fun moments that made me chuckle.    The only thing with this series is that if you don’t like the animation style or the crude comedy, this series might not be for you, but I think it’s a great addition to the Star lineup.

Episode 2 of M.O.D.O.L arrives on Disney+ internationally on Friday 28th May.

Roger has been a Disney fan since he was a kid and this interest has grown over the years. He has visited Disney Parks around the globe and has a vast collection of Disney movies and collectibles. He is the owner of What's On Disney Plus & DisKingdom. Email: Roger@WhatsOnDisneyPlus.com Twitter: Twitter.com/RogPalmerUK Facebook: Facebook.com/rogpalmeruk
View all posts
Tags: modok, review