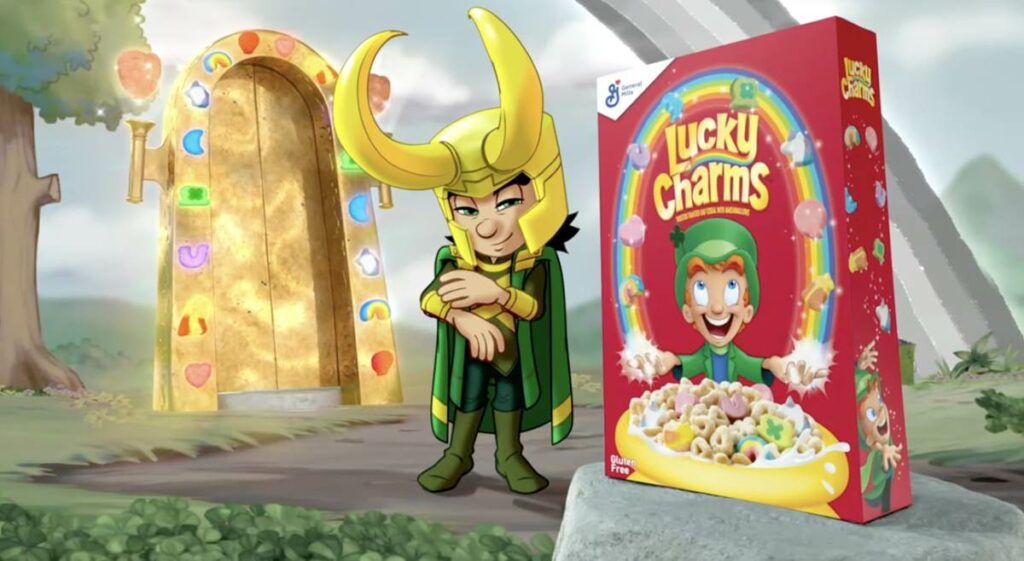 To tie in with the release of “Loki” on Disney+, Disney has teamed up with General Mills for a special promotion with “Lucky Charms” cereal.

“There’s been a disruption in our reality and the Lucky Charms we all know and love have shape-shifted into a new mischievously delicious form. (Thankfully, the cereal and marshmallows in the box were unaffected.)”

The limited-edition Loki Charms box will be available at MischievouslyDelicious.com at 11:00 am ET on June 9.  Which is the same day as the first episode of “Loki” is released on Disney+. 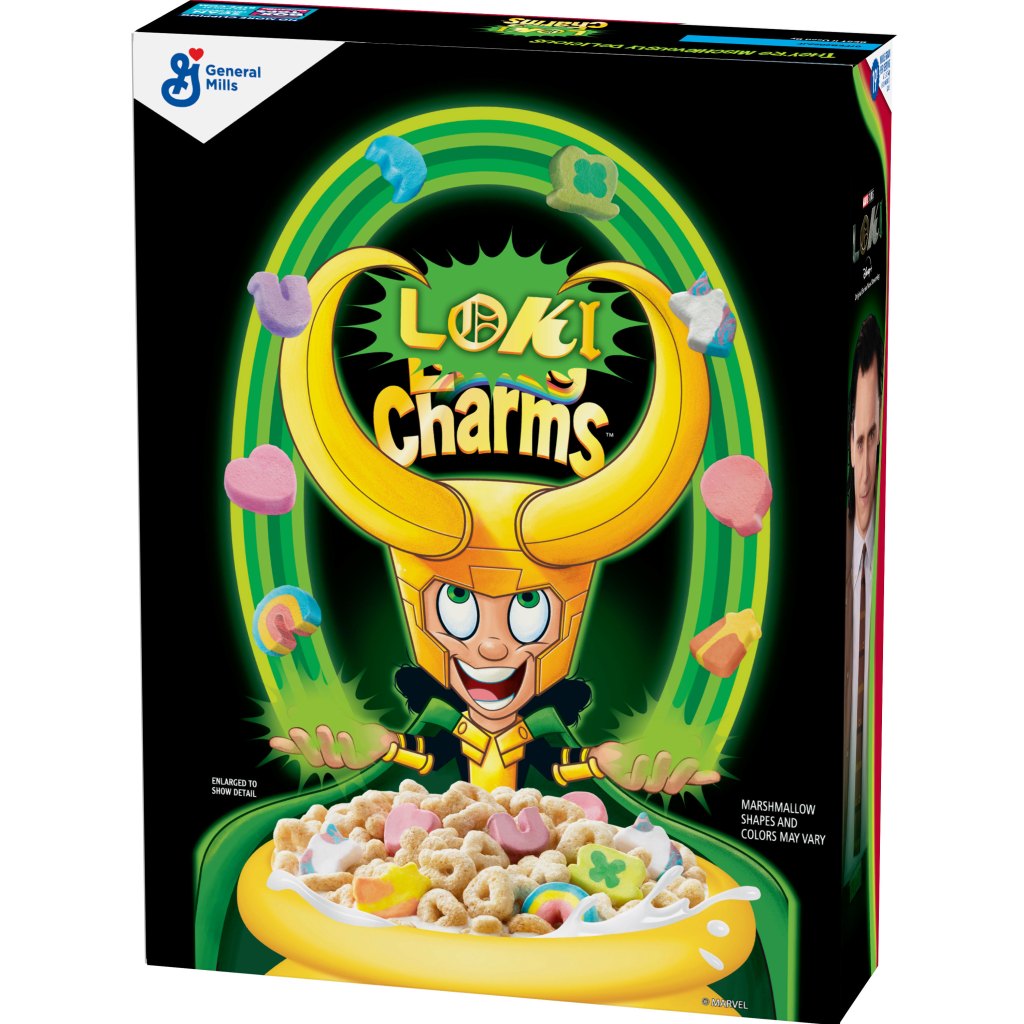 These “Loki” themed boxes of “Lucky Charms” will be super limited to just 3,500 boxes, so you’ll need to act fast to get one.  Each box is priced at $8 a box, including shipping.

Will you be picking up one of these special boxes of “Loki” themed “Lucky Charms” on Wednesday 9th June?