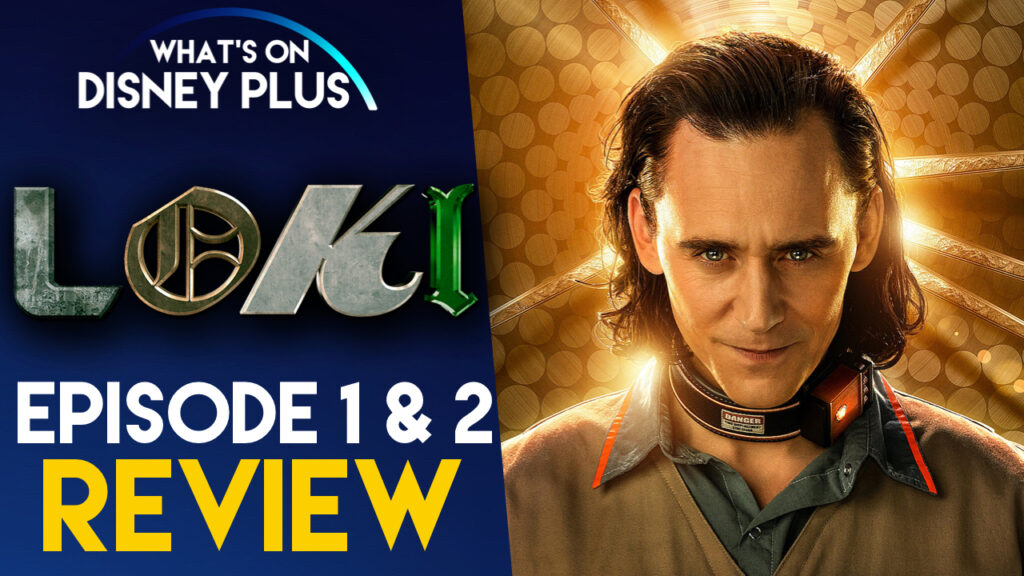 Today, Disney invited me to attend a special preview event in London, where we got to watch the first two episodes of the new Loki series.  During the event, I also got to see Tom Hiddleston and Sophia Di Martino take part in a special Q&A session.

I’m mentioning this now, because I didn’t watch these two episodes in the usual way, where I’m at home watching on my TV. Instead, it was on a huge Tesseract in the middle of a room full of influencers, press, celebrities and NHS workers.   So it’s only natural that these two episodes might have a little more biased than usual, but in reality, I can’t wait to watch the first episode again when it drops this coming Wednesday on Disney+, and I’ll be watching the second episode again next week, because they are that good. 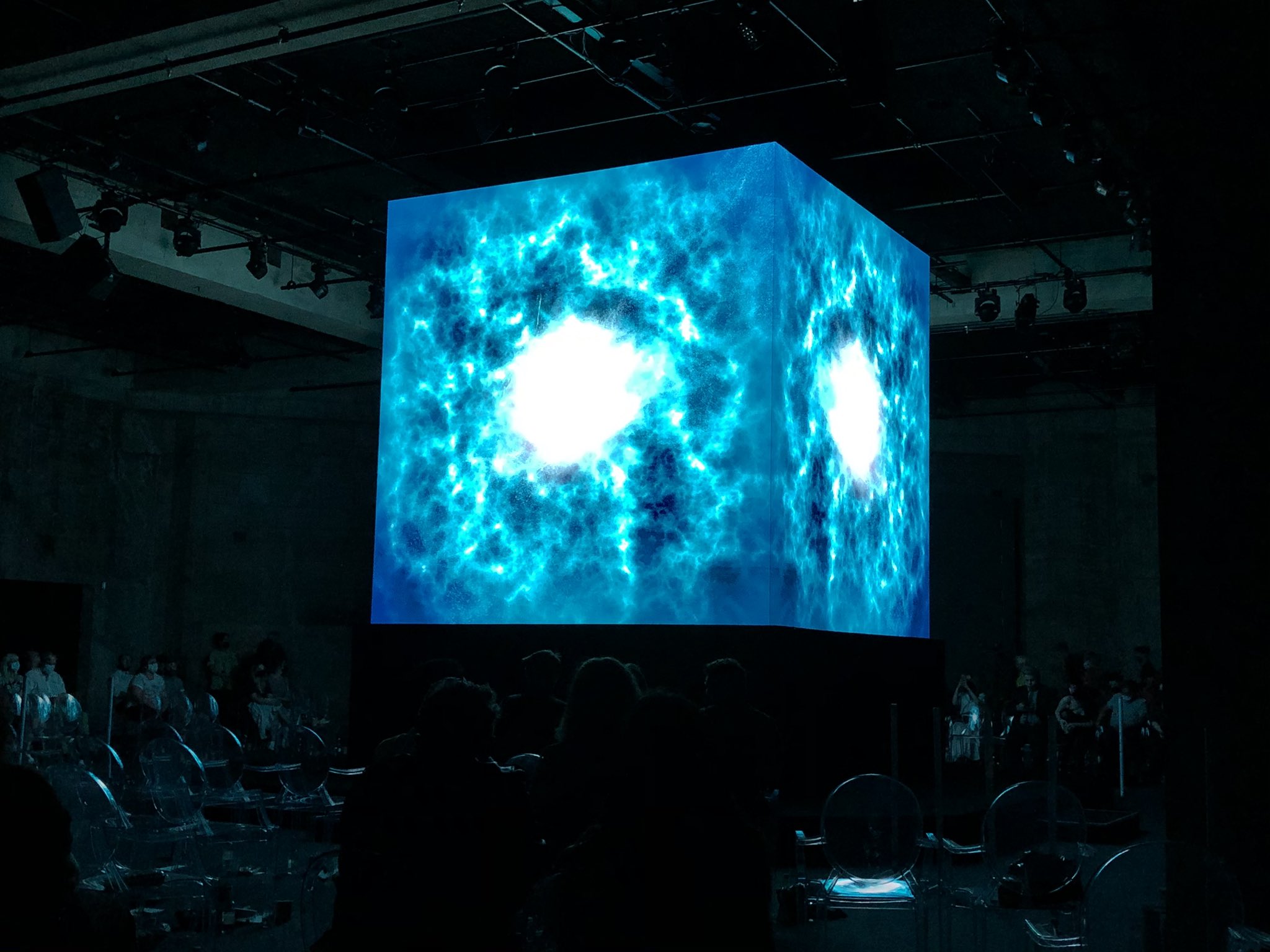 Now that I’ve got the disclaimer out of the way, let’s get into the review.

“Loki” kicks off right in the middle of “Avengers: Endgame”, where a distraction by the Hulk, allows Loki to escape with the Tesseract, and the series takes place just seconds later, where Loki lands in the desert.  Instantly, some officers from the Time Variance Authority arrive, arrest Loki and take him off to process him.

If you thought the time travelling aspect in “Avengers: Endgame” was odd, then “Loki” will certainly make your head spin.  Because the rules from “Back To The Future” don’t exist either in this series, and we get some nice explanations at the beginning, setting up the rules to how time works and why the TVA exists.  There is even a very cute mascot called “Miss Minutes” that explains things so we can all understand what’s going on.  I do wonder if this characters design was inspired by someone playing “Fallout”.

One of the interesting aspects to this series, is that we are following a Loki variant, straight after the events of “Avengers”, where he hasn’t lost his parents, hasn’t seen Ragnarok or been killed at the hands of Thanos.  He’s lost all of that growth we’ve seen over the years, and it’s fun seeing a new variant of Loki dealing with the idea that he isn’t supposed to exist, so he starts coming up with a cunning plan to survive.

Another highlight of this series is Owen Wilson as Agent Mobuis. He is the perfect foil for Loki, as his laid back charm just works so well with the God of Mischief.   If you like Owen Wilson’s style of acting, then you’ll love this (which I do!).   He really brings a human element to the series, and while he knows Loki’s going to double-cross him, you hope he doesn’t.

The art style of this series is very different to anything else within the MCU, especially within the TVA’s base, which has some weird 70s vibe that dates it but with lots of futurist elements.  It’s all very beige and orange, though, for me, this reminded me of my childhood as most of my relative’s houses still had that style.    This visual style also sets it apart from other events within the MCU and much more noticeable when they leave the TVA and visit a place in time.

Tom Hiddleston really gets a chance to shine in these first two episodes, showing plenty of range, from a dastardly villain to an evil schemer, but also shows his emotional and fun sides.  With all of the attention on him, we really get to see Loki at his best.

With Loki being such a major part of so many MCU films, this series is able to tap into that, pulling moments and snapshots from “Avengers”, “The Dark World”, and “Ragnarok” to give this series a much bigger impact. 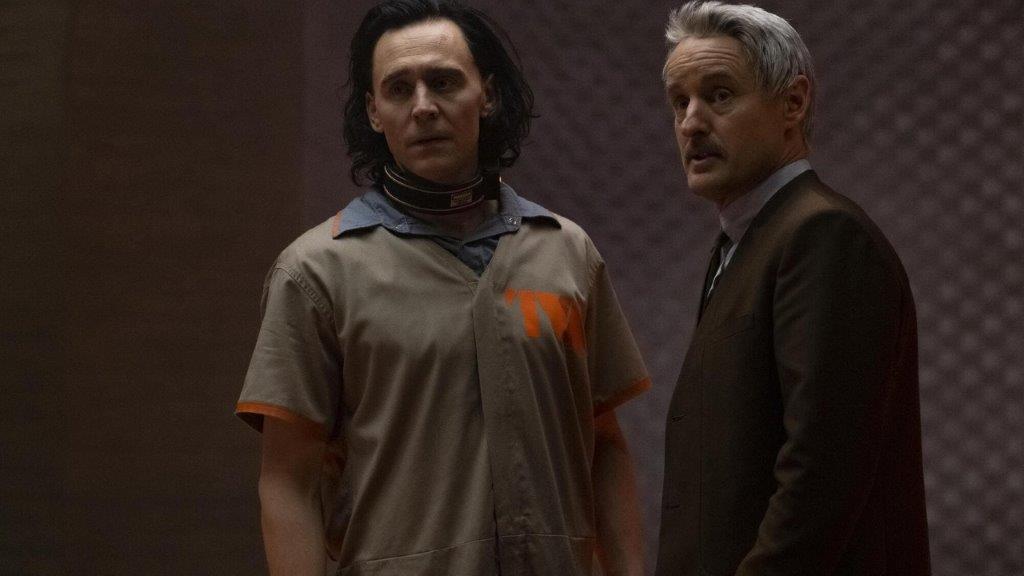 The first two episodes of “Loki” are a blast, and I was completely caught up in the moment, enjoying every second of it.  The first episode is a bit slower-paced, as the episode has to establish who the TVA is, why they do what they do and what are the rules.  The second episode is where things speed up, and we get into the action.

Overall, these first two episodes continue to show why Marvel Studios moving into making shorter limited series is such a fantastic idea.  They get the time to build out these characters, who probably would never get their own film and have a bigger impact on the MCU as a whole.   I can’t see how anyone who loves Loki, isn’t going to love this new Disney+ show, I know I did and I can’t wait to see where this series goes.

Episode one of “Loki” arrives on Disney+ on Wednesday 9th June, with the second episode arriving on Wednesday 16th June.

Roger has been a Disney fan since he was a kid and this interest has grown over the years. He has visited Disney Parks around the globe and has a vast collection of Disney movies and collectibles. He is the owner of What's On Disney Plus & DisKingdom. Email: Roger@WhatsOnDisneyPlus.com Twitter: Twitter.com/RogPalmerUK Facebook: Facebook.com/rogpalmeruk
View all posts
Tags: loki, review