Following the recent announcement that Marvel Studios’ “Eternals” will be coming to Disney+ on Wednesday 12th January 2022, Disney has now confirmed the film will also debut on all major digital platforms on the same day and will be released on 4K Ultra HD, Blu-ray and DVD on February 15th 2022, Marvel fans can enjoy never-before-seen bonus material including four deleted scenes and a gag reel.

Marvel Studios’ Eternals follows a group of ancient heroes from beyond the stars who had protected Earth since the dawn of man. When monstrous creatures called Deviants, long thought lost to history, mysteriously return, the Eternals are forced to reunite in order to defend humanity once again. 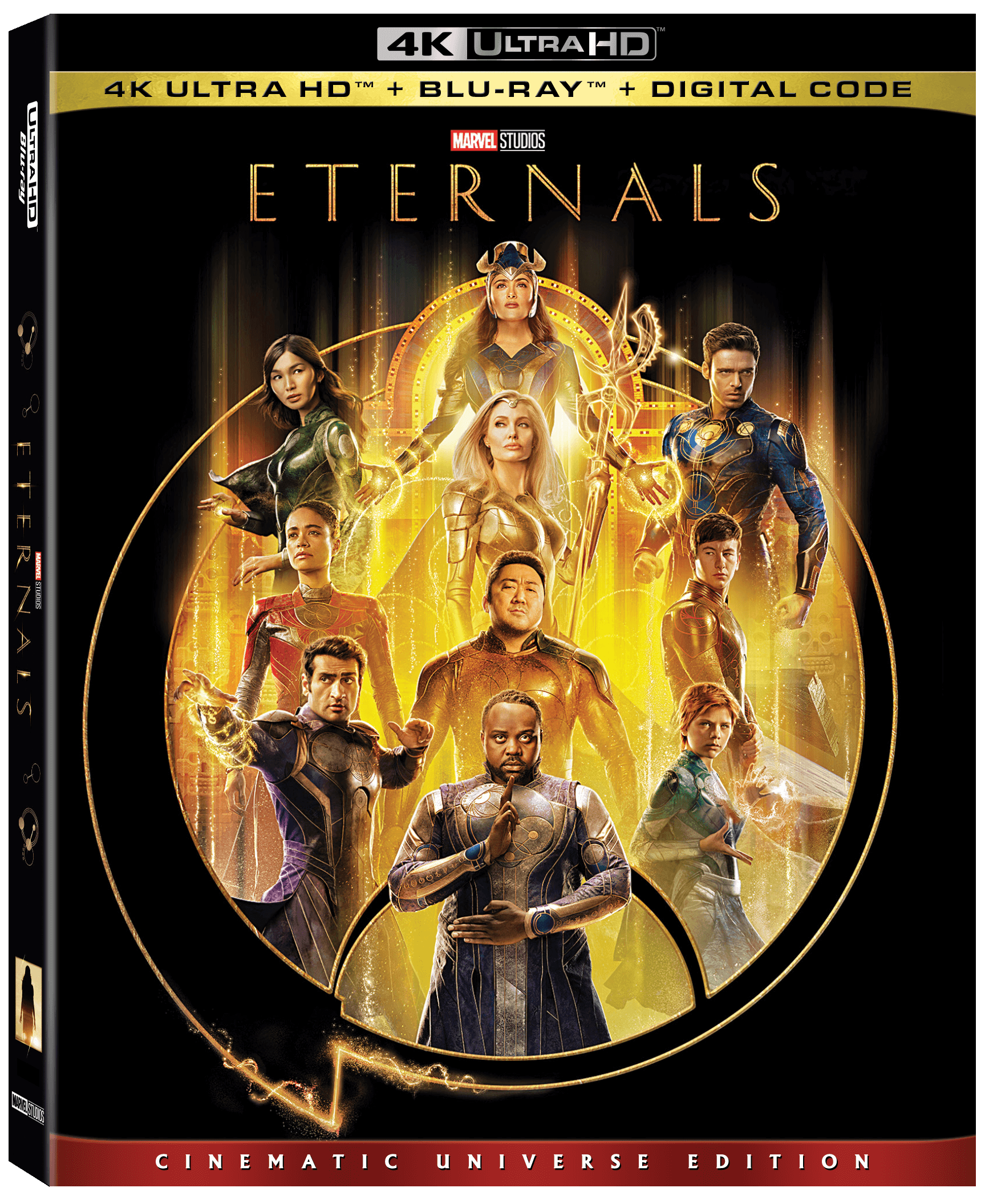 Will you be picking up the physical edition or just watching “Eternals” on Disney+?