Marvel Studios Assembled is a brand new ongoing special that takes a look at the making of Marvel movies and series.  The first episode takes a look at how Marvel made “WandaVision”.

This documentary is about an hour long and gives a detailed look at how they made the highly groundbreaking series.    If you could imagine all of the DVD featurettes added together into one hour-long special, since there are many different chapters, that each takes a look at a different topic such as special effects, the music, the sitcom eras and the larger Marvel Cinematic Universe.

The majority of the episode is spent giving us information on how the show was created, since there are two different styles involved in the series, the sitcoms and the real world.   With so many different sitcom eras, they spend a lot of time going through how they tried to recreate the different decades, using old fashion techniques, mixed with new technology to give an authentic look.  It’s very obvious that the team involved in creating “WandaVision” take a lot of pride in what they do and are very focused on every little detail. 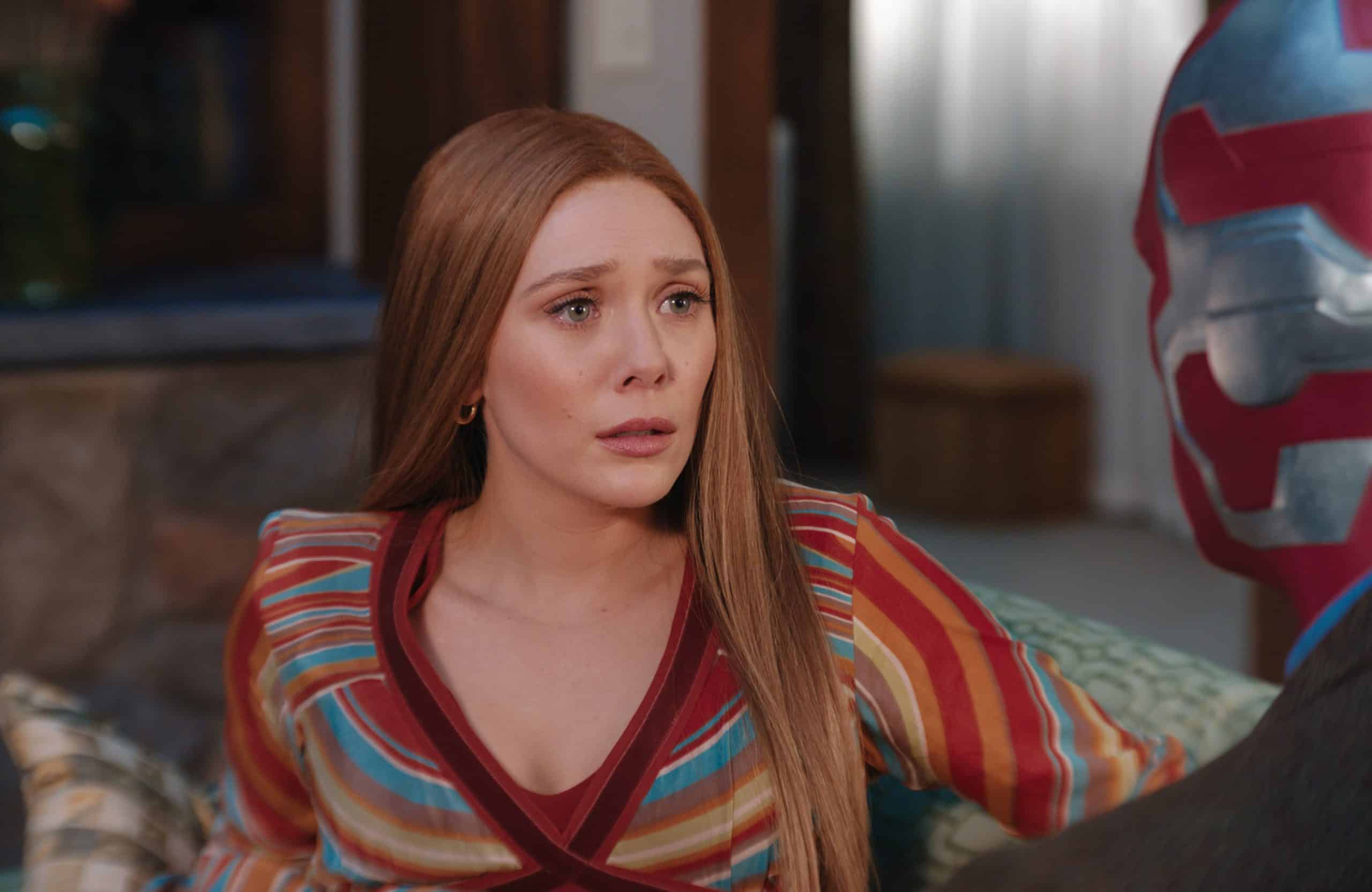 Sitcoms eras are a major part of the show, and it makes sense why this episode of Assembled spends much more time highlighting the little things that were done filming this series, as it’s so unique.  It’s amazing to see how hard they have to try to recreate a show from the 1950s and 1960s.

The shift to the real world throughout the series also means we get to see plenty of how they filmed the “MCU” parts of the show.  We get to see lots of focus on the wirework that Elizabeth Olsen, Paul Bethany and Kathryn Hahn have to do during the series, which is fun to watch.

It’s also very noticeable, but isn’t mentioned, is how the finale was changed to the issues with refilling once the pandemic had arrived, since the majority of the series was filmed before Covid had arrived in the US.   It’s a shame they didn’t mention it, but its pretty obvious that everything was filmed outdoors and the crew had masks on.  It’s just a little jarring when about 95% of the episode is “normal”, then suddenly you see some of the extras wearing masks.  It’s my only real complaint of the episode in that they didn’t go into more depth into the impact the pandemic had on the filming, which would have been interesting.

We get to hear from most of the actors involved in the series, including how they introduced Teyonah Parris, Kathryn Hahn and Evan Peters into the MCU, though I wish they would have spent a little longer with Evan Peters, as he mentions that he is “meta” and it’s fun, but that’s pretty much all we get.

Music has been a major part of the series and the special has a few minutes dedicated to Kristen Anderson-Lopez & Robert Lopez.  Who explain how they came up with all the different sitcom introductions and the constant thread between them all.  This was a really interesting segment in the episode.

Costumes are also a major part of the show and many of the actors explain how the costumes they wearing help them to get into character, especially the earlier episodes because they were much more restricted.  We also learn about why they paint Vision blue throughout the early episodes and much more.

Overall, Marvel Studios: Assembled is a perfectly fine behind the scenes look at how they made the series.  It’s a bit glossy and doesn’t go into any negative aspects of filming the show.  It’s all very superficial but is exactly what I would have expected from a behind-the-scenes special.  This could have easily been broken down into a dozen short episodes for YouTube or the extras section, but bringing them all together for one episode is much more easier to watch. I really enjoyed this episode; however, I went into watching it expecting it just to be a glorified bonus feature and so wasn’t disappointed.

Marvel Studios Assembled: The Making Of WandaVision is available now on Disney+

Roger has been a Disney fan since he was a kid and this interest has grown over the years. He has visited Disney Parks around the globe and has a vast collection of Disney movies and collectibles. He is the owner of What's On Disney Plus & DisKingdom. Email: Roger@WhatsOnDisneyPlus.com Twitter: Twitter.com/RogPalmerUK Facebook: Facebook.com/rogpalmeruk
View all posts
Tags: Assembled, review, wandavision 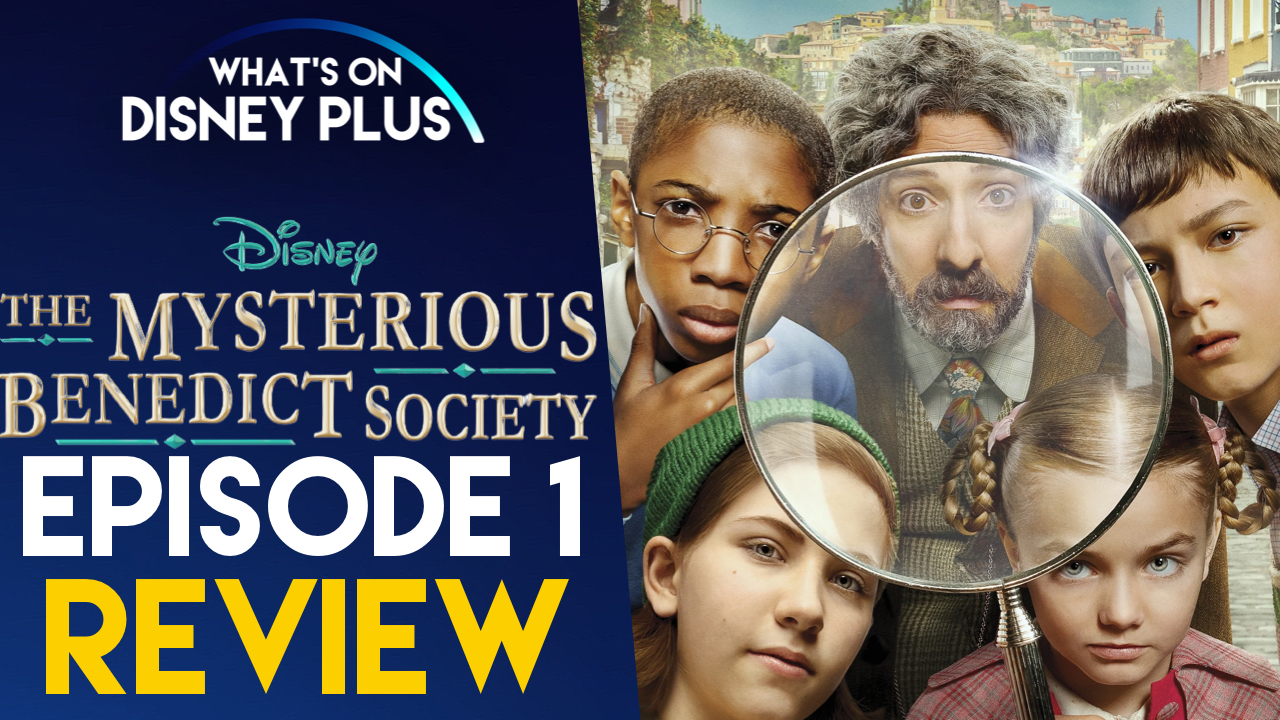