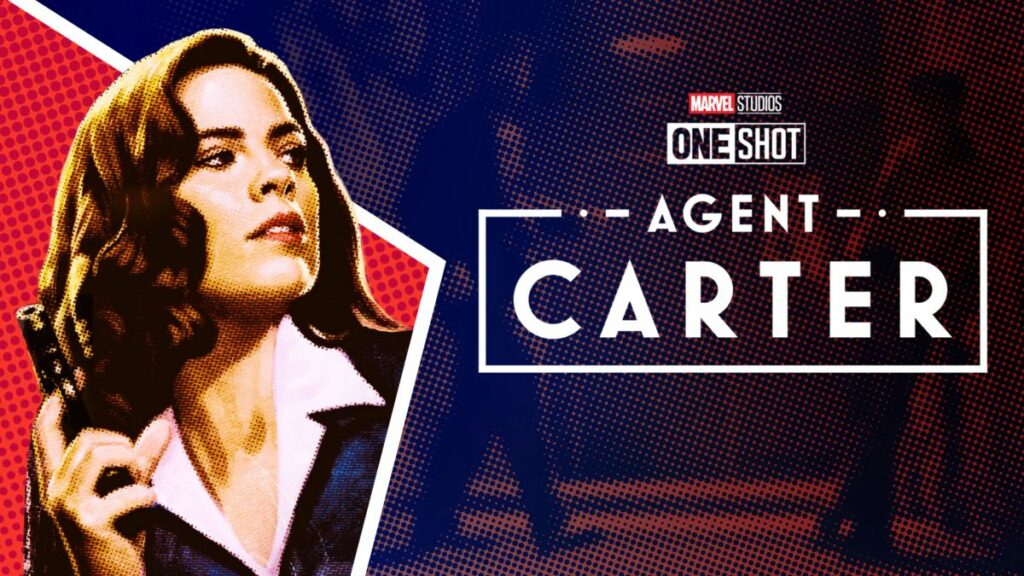 Following the release of the Marvel One-Shot “All Hail The King” on Disney+, Disney+ has made a little reshuffle and moved out the Agent Carter short into its own listing, having previously been found in the “Iron Man 3” extra section.

In the short, we see British operative Peggy Carter joining the nascent S.H.I.E.L.D. organization. As she searches for the “Zodiac” key, Agent Carter also battles her misogynistic, bureaucratic boss, Agent Flynn. It takes place after the main events of Captain America: The First Avenger.

The short was originally released in 2013 and was released originally on the Iron Man 3 Blu-ray/DVD. It stars Hayley Atwell, Bradley Whitford, Dominic Cooper, Shane Black, Neal McDonough, and Tim Trobec. 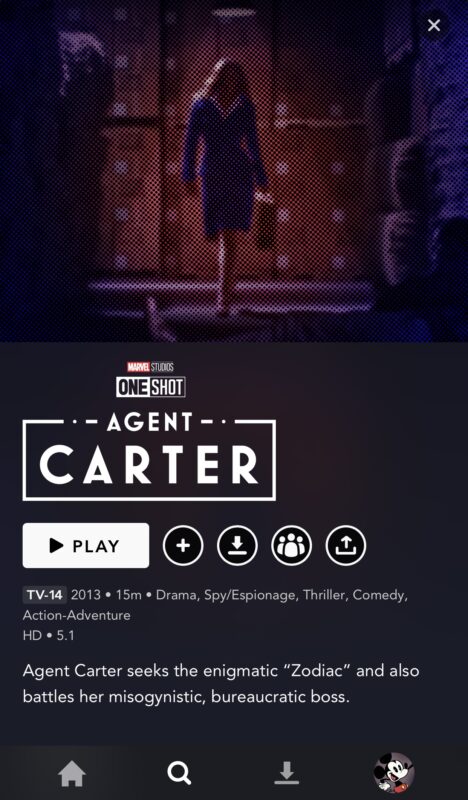 Currently, the short has only been moved into its own listing in some countries, including the US, Canada and Australia.

Moving the short out from the extras section makes sense for multiple reasons, mainly to make it easier for people to find it. While adding extra content like deleted scenes or behind-the-scenes footage makes more sense to include in that section. Bonus features that don’t have any real connection bar a home media physical release, are much more useful listed separately.

What do you think of Disney moving around its bonus features?