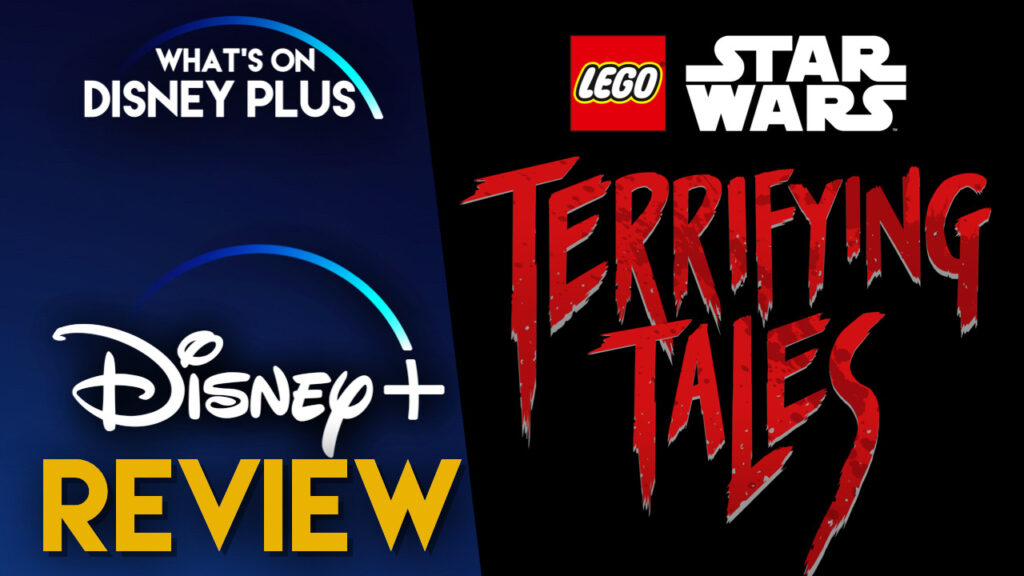 Following on from the success of last years “LEGO Star Wars: Holiday Special”, this Halloween season, Lucasfilm has once again teamed up with LEGO to create a brand new animated special for Disney+ called “Terrifying Tales”.

This 40+ minute animated special sees Poe Dameron ends up on the volcanic world of Mustafar, where he meets Jabba The Hutt’s cousin, who is turning Darth Vader’s Castle into a hotel. But all is not as it seems as the Castle’s caretaker has his own plan to become an all-powerful Sith Lord, we hear three different stories from across the generations, that all come together for one big epic showdown. 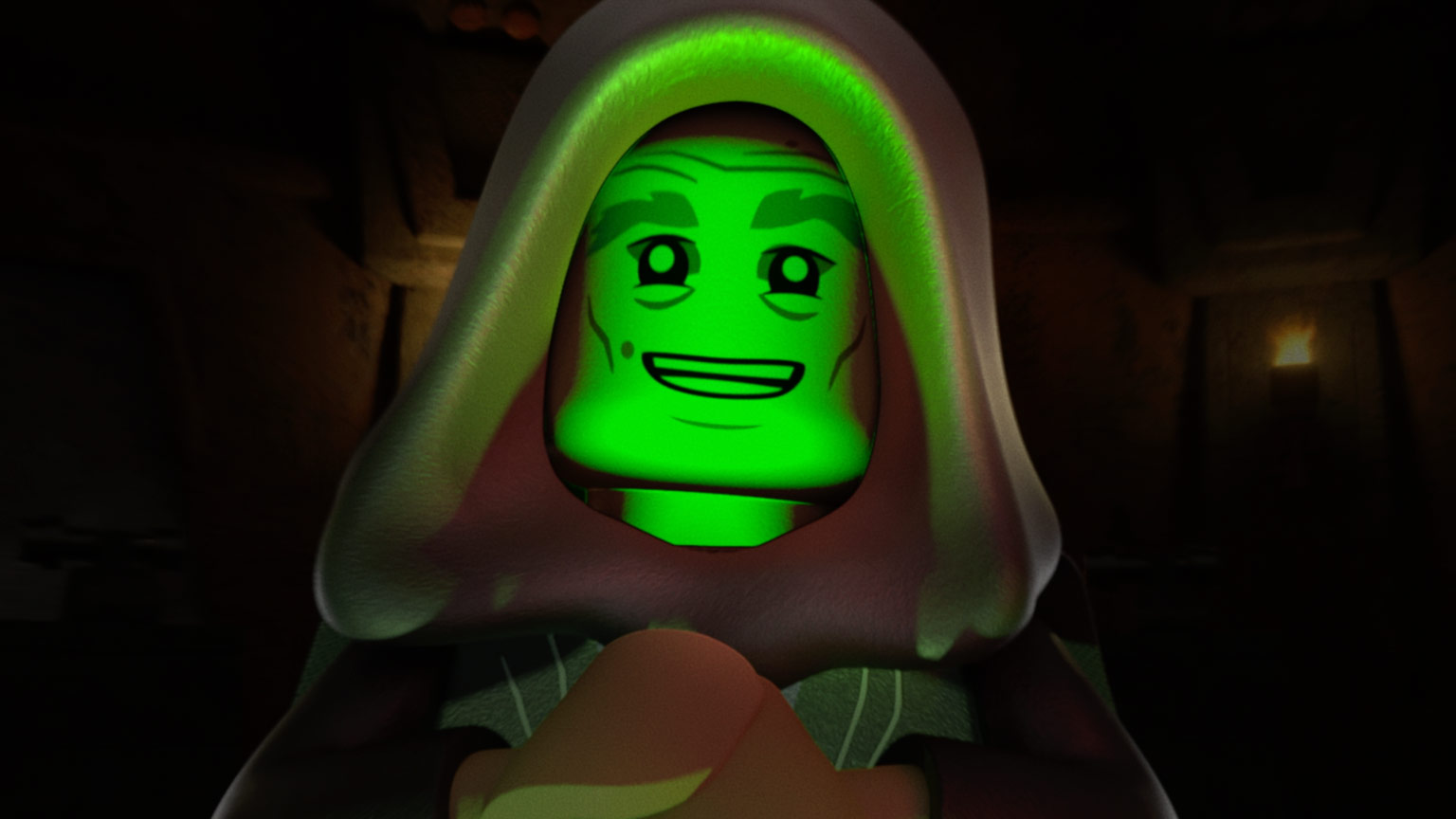 One story is a reenactment of the classic 1980s vampire film “The Lost Boys”, where Ben Solo is seduced by the Knights Of Ren, who go where they want and do what they want. There are a few little nods to the original “Lost Boys”, including recreating a scene involving them hanging off a bridge and falling into the fog. It’s an obscure reference, that I wasn’t expecting to see in this special. While LEGO does tend to go deep into pop culture references, I’m not entirely sure the target audience will have a clue about “The Lost Boys”. I enjoyed this story, because I feel the modern trilogy isn’t as explored as the prequel and classic trilogy eras. It’s still bonkers, but I liked it.

For the classic trilogy, we follow Luke Skywalker as he obtains the “Wookies Paw” and everything he desires, he gets. Seduced by the dark side, Luke climbs the ranks within the Empire as Darth Vader trains him. This sets off an entirely different timeline, with Princess Leia and Obi-Wan Kenobi doing the trench run instead.

And finally, we get to see what would happen between a battle between General Grievous and Darth Maul, after they are both put back together again following the events of the prequel films. As with the other two stories, it makes no sense, but just go along with it.

Each of these stories sets up the finale, which brings together elements from all three stories from across the trilogies. I do think LEGO seems to have a better way of connecting the events of the different eras, sometimes a little better than the actual live-action versions. 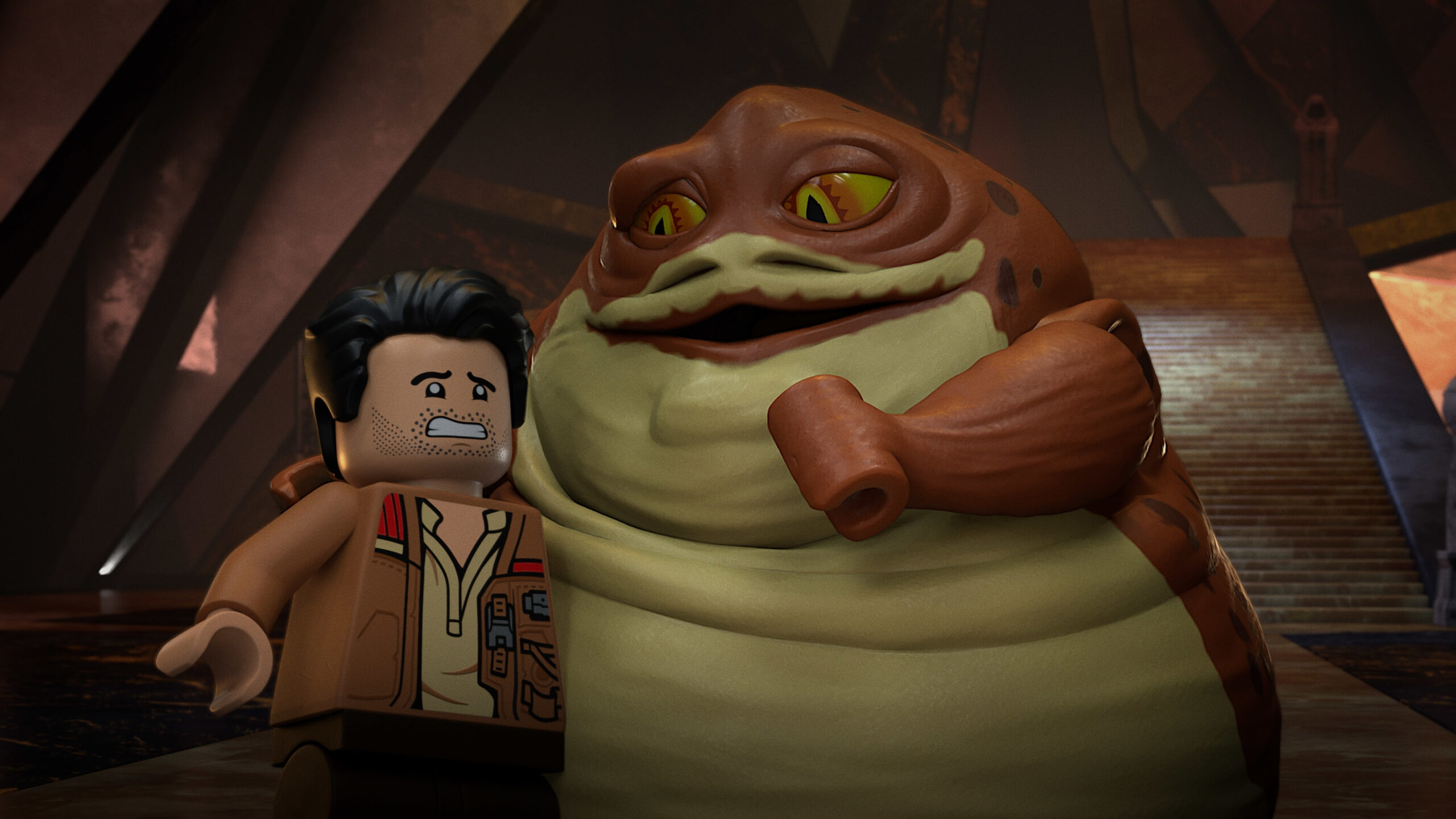 As a fan of the LEGO video games, this LEGO Star Wars special was exactly what I was expecting. It’s a bit bonkers. It leans in on easter eggs, while also delivering a mix of fun, comedy and action together. I enjoyed watching it and certainly would recommend it to LEGO Star Wars fans. Don’t go in expecting too much, nor for anything serious. It’s a fun animated special for Halloween. Younger viewers are going to love it.

Overall: LEGO Star Wars Terrifying Tales is your quintessential LEGO animated special. If you’ve enjoyed previous LEGO specials, shorts or video games, you’ll know what to expect and should like this. It has some fun with the Star Wars lore and doesn’t get too caught up in the technical issues of timelines. It’s a fun, easy-going Halloween special that LEGO Star Wars fans will love.

Roger has been a Disney fan since he was a kid and this interest has grown over the years. He has visited Disney Parks around the globe and has a vast collection of Disney movies and collectibles. He is the owner of What's On Disney Plus & DisKingdom. Email: Roger@WhatsOnDisneyPlus.com Twitter: Twitter.com/RogPalmerUK Facebook: Facebook.com/rogpalmeruk
View all posts
Tags: lego, review, star wars