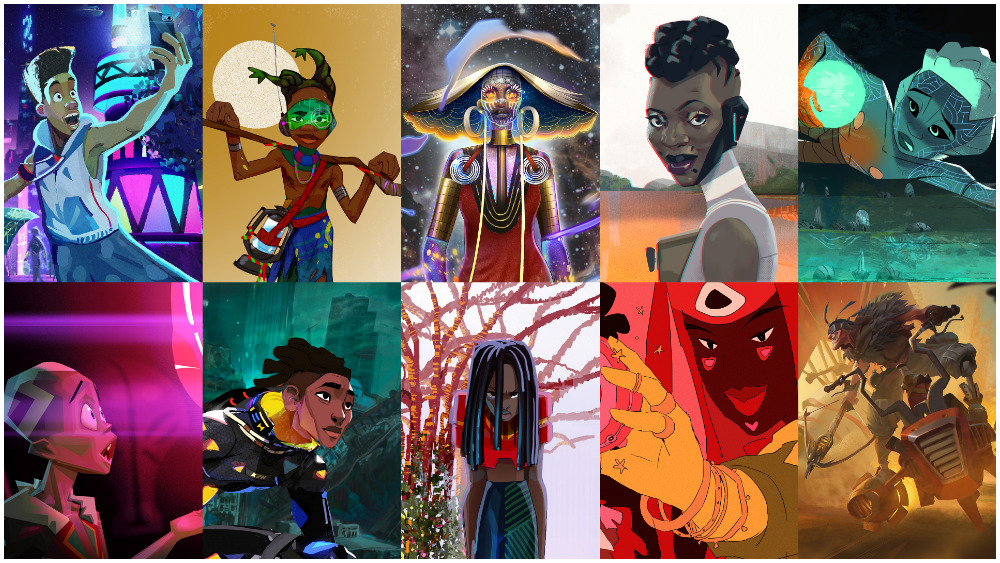 During a special presentation at the Annecy Festival in France, Disney announced a brand new anthology series of animated films set to be released on Disney+ in late 2022.

This new 10-part collection of original short films bring together many of the top animated creators from across six African nations (Zimbabwe, Uganda, South Africa, Nigeria, Kenya and Egypt) to produce action-packed sci-fi and fantasy stories that will present bold visions of advanced technology, aliens, spirits and monsters imagined from uniquely African perspectives.

Oscar-winning director Peter Ramsey (“Spider-Man: Into the Spider-Verse”) will serve as executive producer on the project, with Tendayi Nyeke and Anthony Silverston as supervising producers.

The South African animation studio, Triggerfish” will be the lead studio for this upcoming series, which will be working with many other animation studios across Africa and around the world on the project.

In a statement, Disney Plus and ESPN Plus president Michael Paull said the following about the project:

“We are bringing the work of a visionary new generation of African filmmakers to Disney Plus. In addition to delivering thrilling animation for fans of all ages, this collection of ten original films taps into the Afrofuturism phenomenon which was turbo-charged by Marvel’s ‘Black Panther’ and reflects Disney’s ongoing commitment to partnering with leading global talent to tell the stories of the world from fresh and authentic points of view.”

“I’m really pleased to be part of a ground-breaking, fresh and exciting project that’s aimed at exposing the world to a whole new wave of creativity and invention from a place that is just ready to explode onto the world animation scene. The films in the anthology kind of run the gamut when it comes to science fiction. There are stories that touch on other worlds, time travel, and alien beings, but all of these genre conventions are seen through an African lens that makes them totally new. I can’t wait for people to have their minds blown and say, ‘I want more!’”

Over 70 creators submitted their projects for this series, with the shortlist reduced to 15, before being cut to the final 10, which include:

Each short will be around 10 minutes long and when released together, will be a feature-length anthology of original animation that will be released on Disney+ over the world.

The supervising director, supervising producer Tendayi Nyeke explained that the term Kizazi Moto comes from the Swahili phrase ‘kizazi cha moto,’ which literally translates as ‘fire generation,’ capturing the passion, innovation and excitement this new cohort of African filmmakers is ready to bring to the world.  ‘Moto’ also means fire in several other African languages, from Rwanda’s Kinyarwanda to Shona, a Zimbabwean language, speaking to the pan-African spirit we hope this anthology embodies.”

Disney hasn’t yet announced any expansion plans for Disney+ into Africa, so could these new African short films be an indication of a planned launch across the continent?

What do you think of this new Disney+ project?

Roger has been a Disney fan since he was a kid and this interest has grown over the years. He has visited Disney Parks around the globe and has a vast collection of Disney movies and collectibles. He is the owner of What's On Disney Plus & DisKingdom. Email: Roger@WhatsOnDisneyPlus.com Twitter: Twitter.com/RogPalmerUK Facebook: Facebook.com/rogpalmeruk
View all posts
Tags: Kizazi Moto: Generation Fire