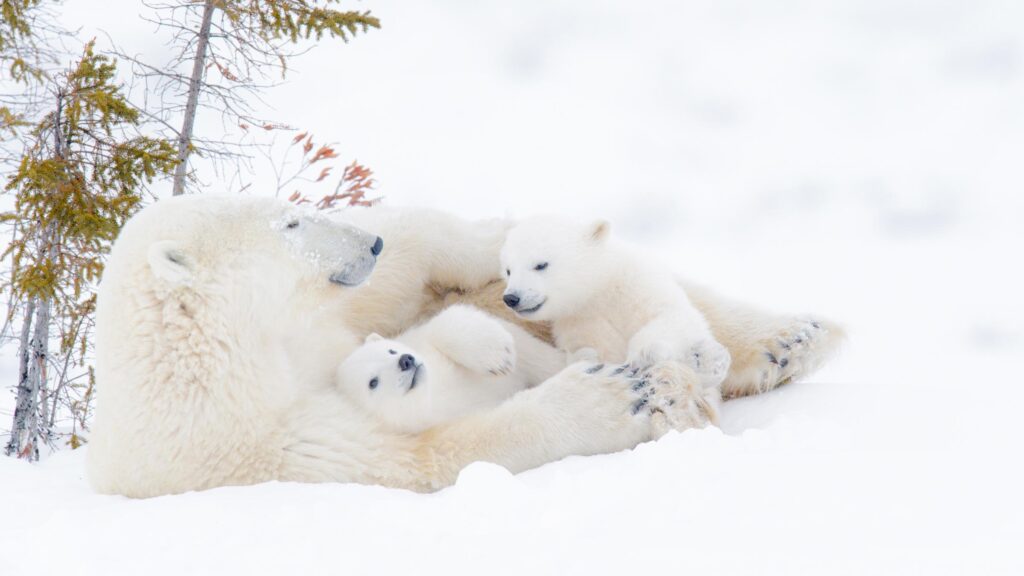 Disney has announced that the National Geographic documentary “Kingdom of the Polar Bear” is coming to Disney+ in the United States on Friday 28th May.  No international release date for the documentary has yet been announced.

As the Arctic changes faster than ever, a team of polar bear guides prepares for an epic journey; a first-ever attempt to follow the bears on the sea ice of Hudson Bay. In this high-stakes high-reward venture, they will document the secret world of bears, a mysterious and disappearing realm that is the bears key to survival. Life on the ice is a critical time for these bears. It also remains undocumented, deemed too dangerous for humans to follow, hinted at only through aerial reconnaissance and satellite collar research. The team, armed with traditional ecological knowledge and the latest 4K camera technology, will witness never- before-seen seal hunting strategies and document rapid adaptations to climate change, including whale predation and open-water hunting.

If you can’t wait until the end of May, the 2 hour special will air on Nat Geo on Earth Day on Thursday 22nd April.

Are you looking forward to seeing “Kingdom Of The Polar Bear”?

Roger has been a Disney fan since he was a kid and this interest has grown over the years. He has visited Disney Parks around the globe and has a vast collection of Disney movies and collectibles. He is the owner of What's On Disney Plus & DisKingdom. Email: Roger@WhatsOnDisneyPlus.com Twitter: Twitter.com/RogPalmerUK Facebook: Facebook.com/rogpalmeruk
View all posts
Tags: kingdom of the polar bear, national geographic