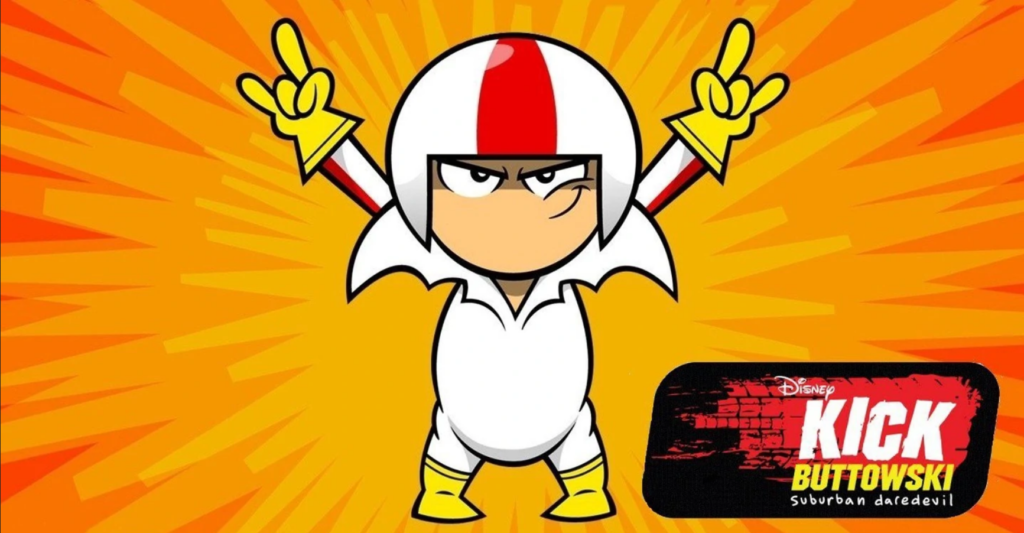 The hit animated series “Kick Buttowki: Suburban Daredevil” has been announced to be coming to Disney+ in the United States and Canada on Friday 9th April.

Kick Buttowski: Suburban Daredevil centres on Francis Little, a boy who overcomes incredible obstacles in his quest to become famous for his death-defying acts. Inspired by the will and determination of daredevil Robbie Knievel, son of the legendary Evel Knievel, Francis pursues his daily dose of danger with his loyal friends Gunther and Sam by his side.

The show premiered on Disney XD on February 13rd, 2010. There are two 11-minute segments per show, and there were 52 episodes spread across 2 seasons.

The series is executive-produced and directed by Chris Savino. and Sandro Corsaro. Many of the characters and situations were based on the Corsaro’s childhood growing up in Stoneham, Massachusetts.

Both seasons will be arriving on Disney+ on the same day in the US.

Are you looking forward to seeing “Kick Buttowki: Suburban Daredevil” on Disney+?

Roger has been a Disney fan since he was a kid and this interest has grown over the years. He has visited Disney Parks around the globe and has a vast collection of Disney movies and collectibles. He is the owner of What's On Disney Plus & DisKingdom. Email: Roger@WhatsOnDisneyPlus.com Twitter: Twitter.com/RogPalmerUK Facebook: Facebook.com/rogpalmeruk
View all posts
Tags: Kick Buttowki: Suburban Daredevil