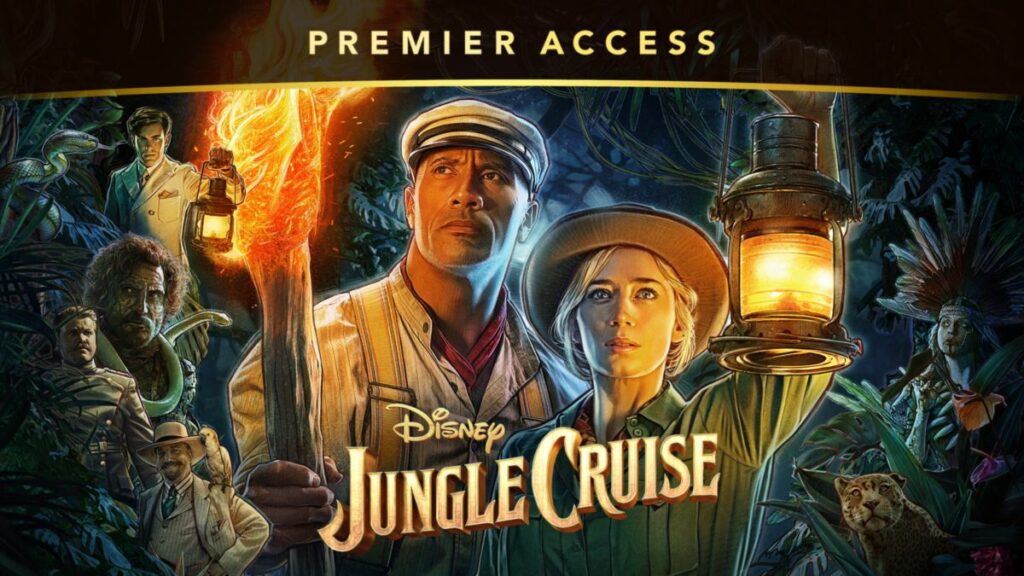 Disney has announced box office details for its new live-action movie, “Jungle Cruise”, which opened in theatres and on Disney+ Premier Access this past Friday.

Disney’s “Jungle Cruise” debuted at #1 this weekend, opening to an estimated total of more than $90M globally, including $34.2M in domestic box office, $27.6M in international box office, and over $30M in Disney+ Premier Access consumer spend globally.

“Jungle Cruise is the perfect summer adventure film, bringing a beloved theme park attraction to both the big screen and living rooms in a way that only Disney can. We remain focused on offering consumer choice during these unprecedented times, and it is clear that fans and families value the ability to make decisions on how they prefer to enjoy Disney’s best-in-class storytelling.”

This is only the second time Disney has announced financial details of a Disney+ Premier Access title and shows why offering day and date digital releases is important, especially during a pandemic.

While the numbers are much lower than Marvel’s “Black Widow”, it was never expected to hit that much.

That looks to be about a million Disney+ subscribers globally paid the $30 additional fee to watch the film at home.  And that number will continue to rise over the coming weeks ahead.

Currently, “Jungle Cruise” was the last film to be confirmed as a Disney+ Premier Access title, so it’ll be interesting to see if the experimental digital releases will continue.

Did you watch “Jungle Cruise” on Disney+ Premier Access or will you wait until it’s free on Disney+ in November?