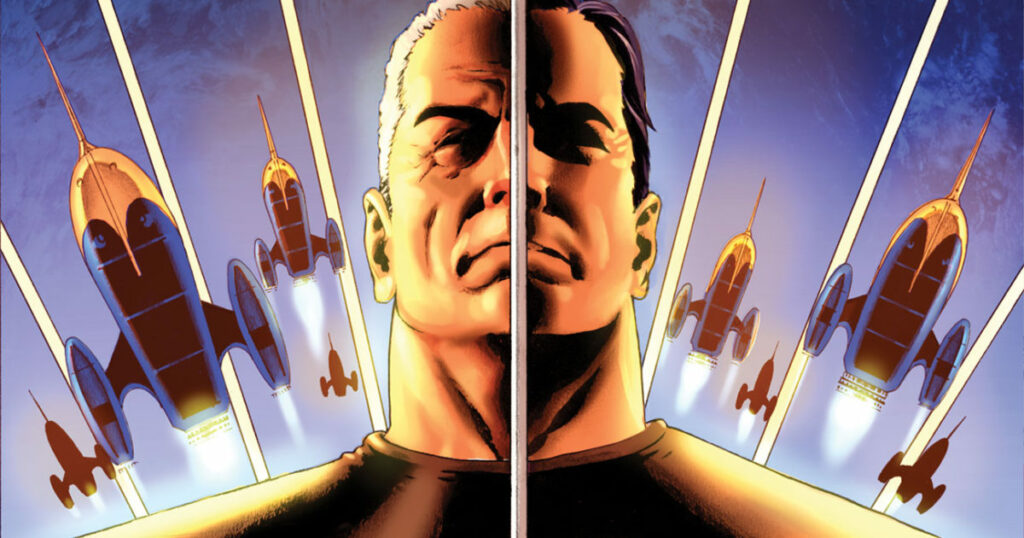 The comic book tells the story of Duke McQueen, who forty years ago, saved an alien world from destruction. Back on earth, nobody believed his story. Now his kids are grown, his wife has passed on, and life has little to offer. Until the day a strange boy from the world he once saved makes an appearance, coaxing Duke to join him on one last adventure. Can Duke handle the leap from has-been to hero?

The upcoming film will be produced by Simon Kinberg, Audrey Chon and Nira Park.

Mark Millar is the creator behind the “Kingsman” franchise and “Kick-Ass”.

Joe Cornish has previously directed the 20th Century Studios film “The Kid Who Would Be King” and “Attack the Block”. He has also worked as a writer on Marvel’s “Ant-Man” and “The Adventures Of Tin-Tin”.

Are you looking forward to 20th Century Studios making it’s own “Superhero” film?

Roger has been a Disney fan since he was a kid and this interest has grown over the years. He has visited Disney Parks around the globe and has a vast collection of Disney movies and collectibles. He is the owner of What's On Disney Plus & DisKingdom. Email: Roger@WhatsOnDisneyPlus.com Twitter: Twitter.com/RogPalmerUK Facebook: Facebook.com/rogpalmeruk
View all posts
Tags: starlight