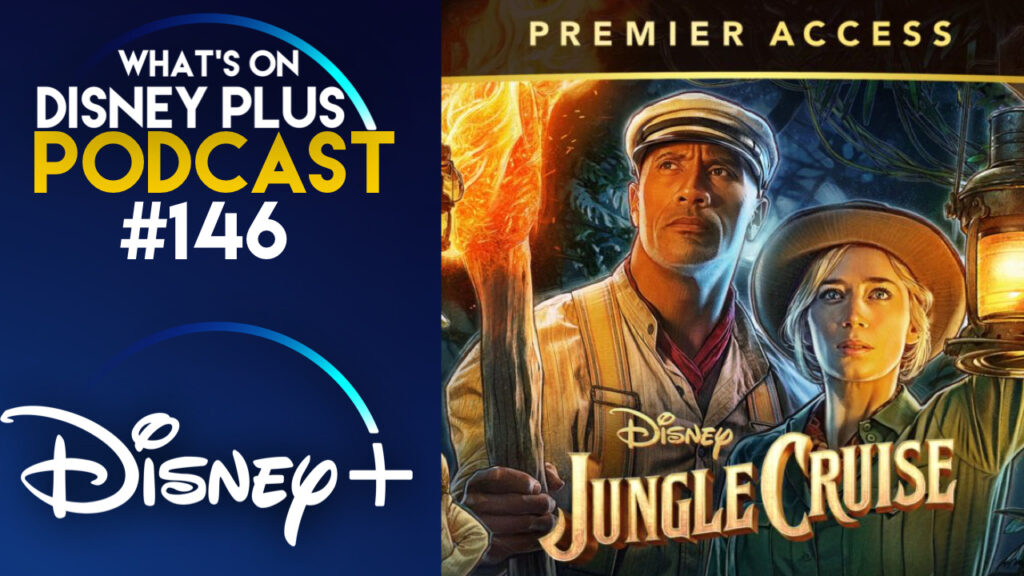 In this What’s On Disney Plus Podcast episode, Roger and James discuss the biggest Disney+ news of the week including:

The guys also discuss all of this week’s biggest Disney+ releases including “Jungle Cruise” on Disney+ Premier Access, in addition to the finale of “High School Musical: The Musical: The Series”, plus the latest episodes of “The Mysterious Benedict Society”, “Star Wars: The Bad Batch”, “Love Victor”, “Monsters at Work”, “Chip ‘n’ Dale Park Life” and “Turner & Hooch”.

Roger has been a Disney fan since he was a kid and this interest has grown over the years. He has visited Disney Parks around the globe and has a vast collection of Disney movies and collectibles. He is the owner of What's On Disney Plus & DisKingdom. Email: Roger@WhatsOnDisneyPlus.com Twitter: Twitter.com/RogPalmerUK Facebook: Facebook.com/rogpalmeruk
View all posts
Tags: podcast, review