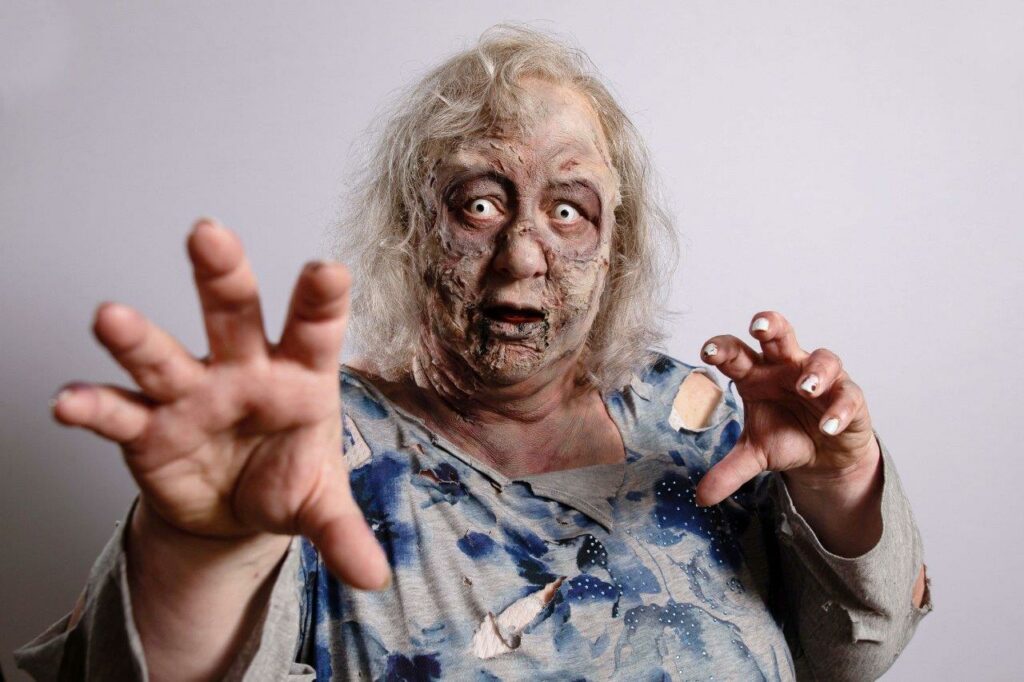 Today saw the launch of all ten seasons of the hit TV show “The Walking Dead” on Disney+ in the United Kingdom.

Now stand-in clerk Jackie – blasted for having ‘no authority’ by furious councillors in a clip since watched by millions – has joined the ranks of the walking dead. Jackie, hailed for her calm amid the chaos of the bad-tempered Cheshire council web meeting last February, was given a grisly makeover.

The viral star unveiled her horrifying new look as part of a promo campaign for a new service. Workers weary of video conference calls with colleagues can now hire one of the undead as a scary stand-in for online meetings. 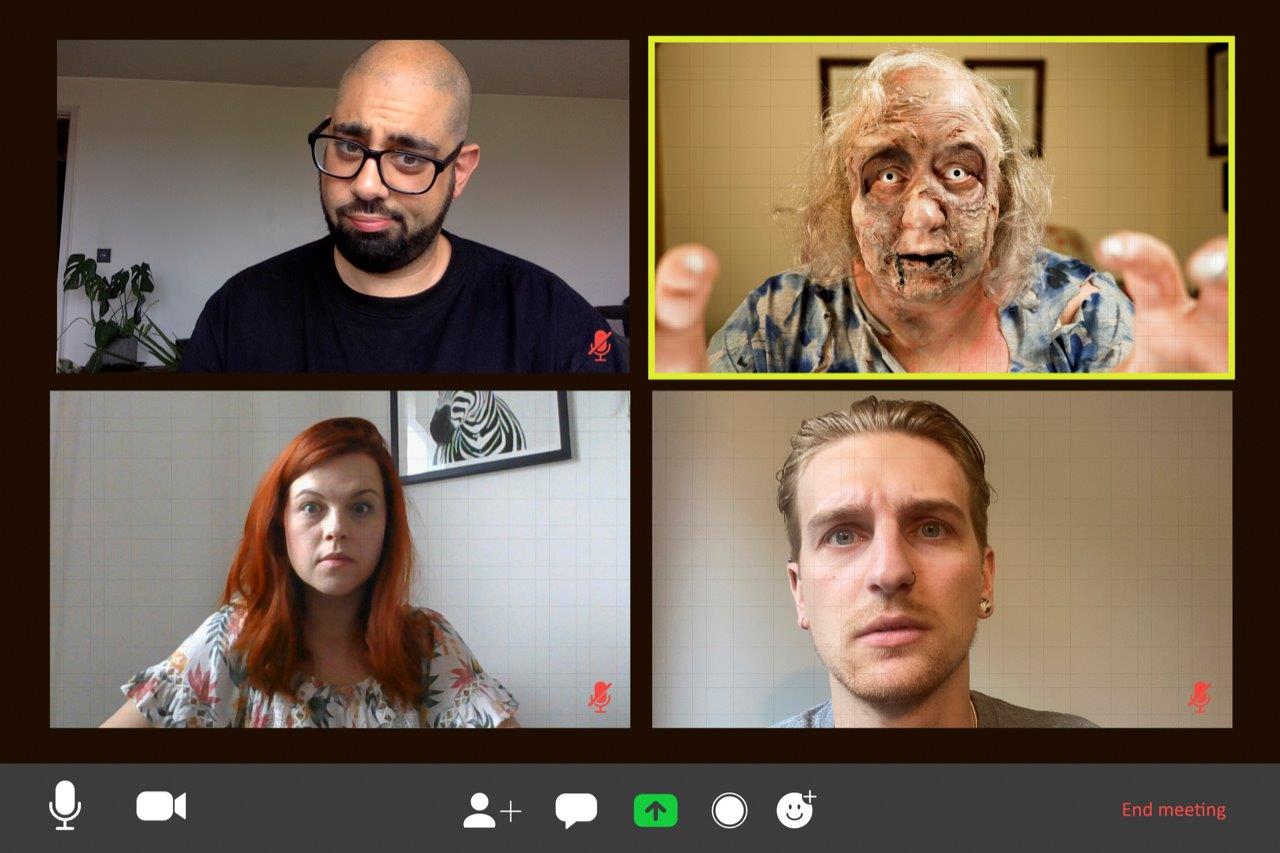 Fans of The Walking Dead can now apply for the chance to have the living dead ‘sub in’ for anyone who is feeling dead tired of pesky conference calls. Successful applicants will have the opportunity to book a gurgling, frightful member of the undead to sit in on a 30-minute video call in their place.

The new service by Star on Disney+ follows new research that reveals 84% of British workers admit to feeling dead tired and fatigued of video conference calls.

A poll of 2,000 British workers found that the typical worker now has 5 video conference calls per day with Brits spending an average of 10 hours on video calls a week. Nearly a quarter (24%) admit to having more than eight video calls each day, equating to over 40 in the working week. 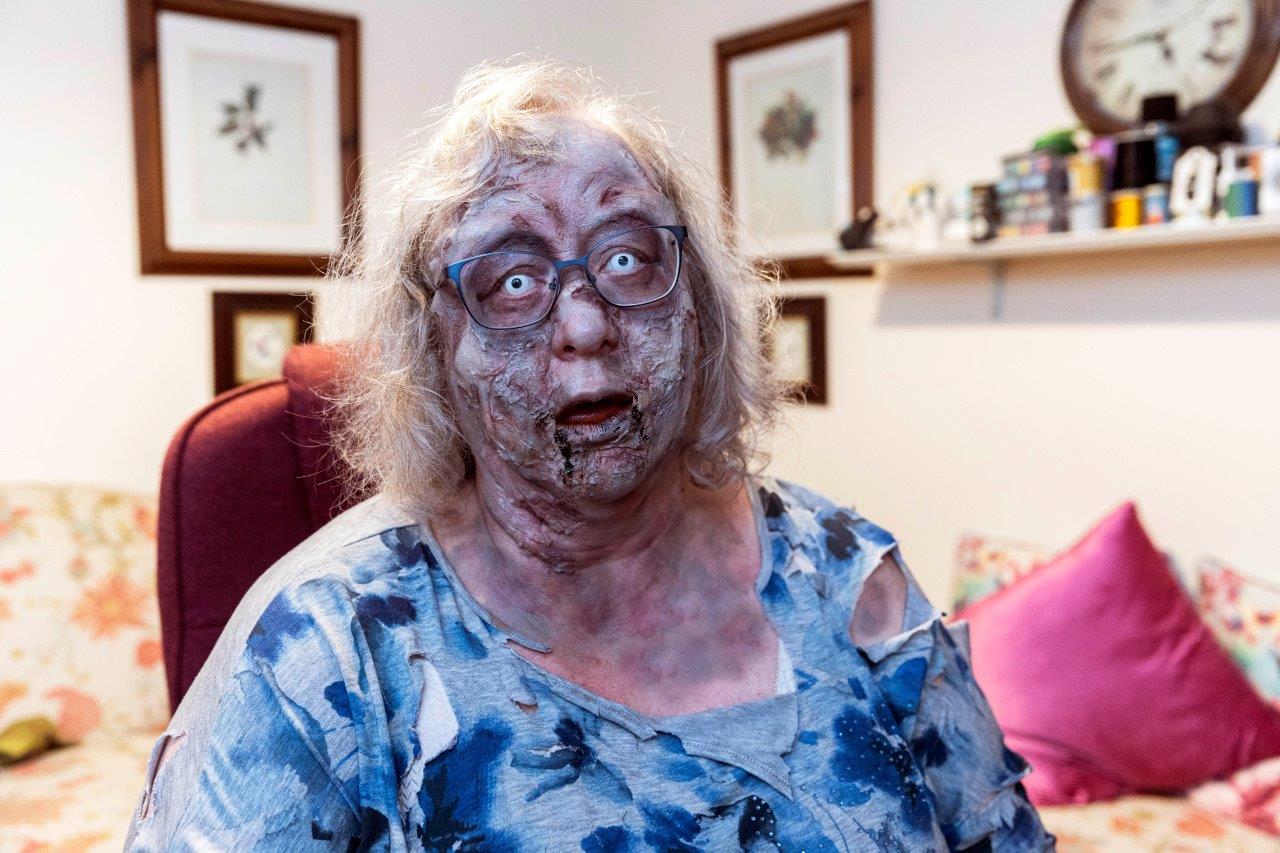 Of those surveyed 84% said sitting on video calls drains the life out of them. The research reveals it’s not just the sheer volume of video calls leaving workers feeling dead after being frazzled by fatigue; flaky colleagues failing to join calls on time typically results in 19 minutes being wasted in a day.

As well as all that dead time, other exhausting frustrations wearing workers down include meetings that are totally unnecessary, cited by 60%. Poor internet connections are trying the patience of 62% and clueless colleagues ‘on mute’ 52%. Background noise (58%), screen freezing (58%) and people interrupting each other (58%) – something Jackie knows all too well about – are other reasons as to why Brits are losing the will to live with video call/conferencing.

In a tongue-in-cheek video, Jackie explains the new service whilst transforming into the living dead. She is rudely interrupted by two other frightful characters who have clearly had a few too many video calls in the last 18 months, before exclaiming: “Will you let me finish please, contrary to what you’ve heard I DO have authority here!”

If like me, you're feeling DEAD TIRED of incessant video calls, you can book one of my friends to take your place. To celebrate seasons 1-10 of #TheWalkingDead landing on Star on @DisneyPlusUK on July 2 we've launched a new service so you can duck out of meetings to tune in. #AD pic.twitter.com/hVLqKZPV4n

“It has been over a year of video conferencing, needless meetings about meetings, people talking over each other and sitting in front of a screen. As a keen zombie enthusiast, I definitely could have used it for one particular Handforth Parish Council Meeting. I love my new look.”

To be in with a chance of having a member of the undead drop into your video conference calls all you need to do is email theworkingdead@taylorherring.com and explain why in under 200 words. 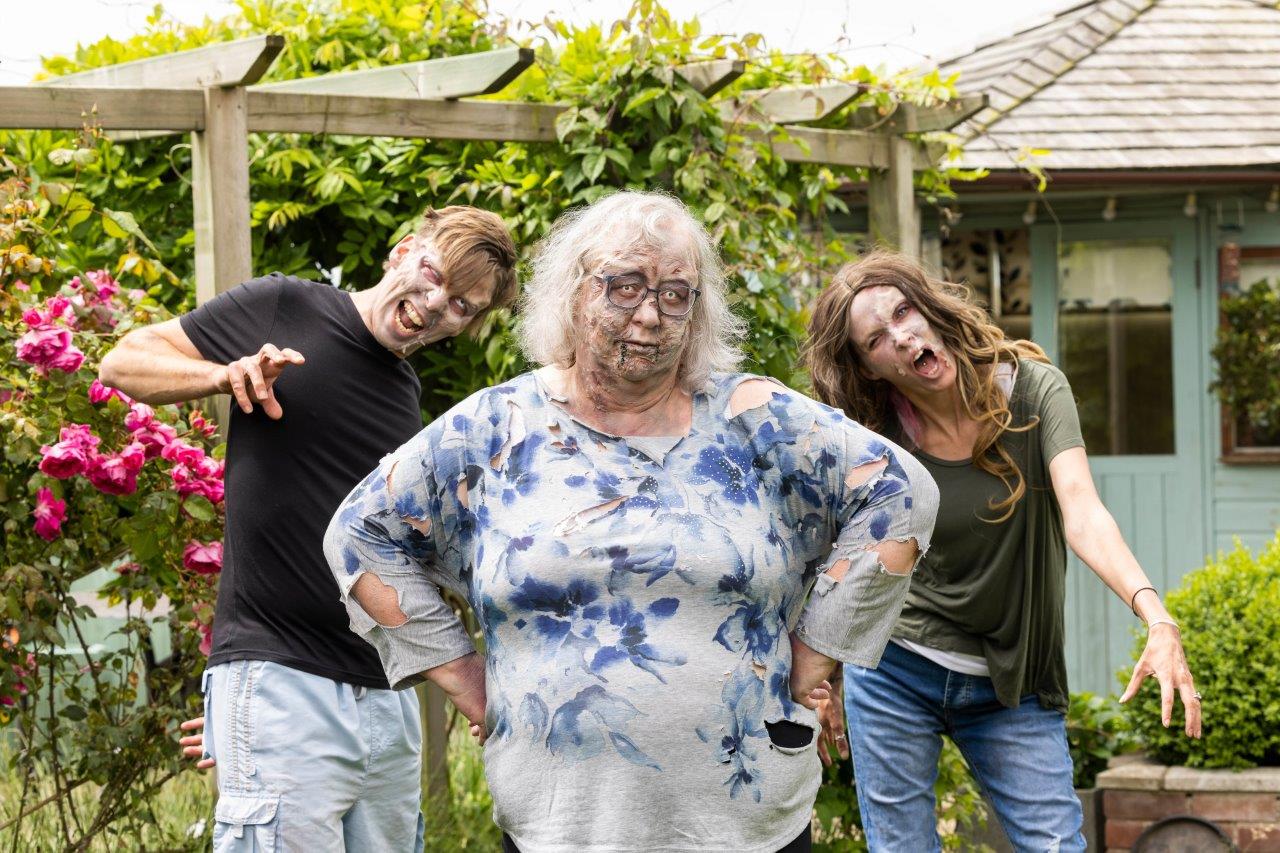 Series 1-10 of The Walking Dead is available to stream on Star on Disney+ from today, ahead of the highly anticipated Season 11 launch on the 23rd August, 2021.

Will you be checking out “The Walking Dead” on Disney+ this weekend?