Impact With Gal Gadot Coming Soon To Disney+ (US) 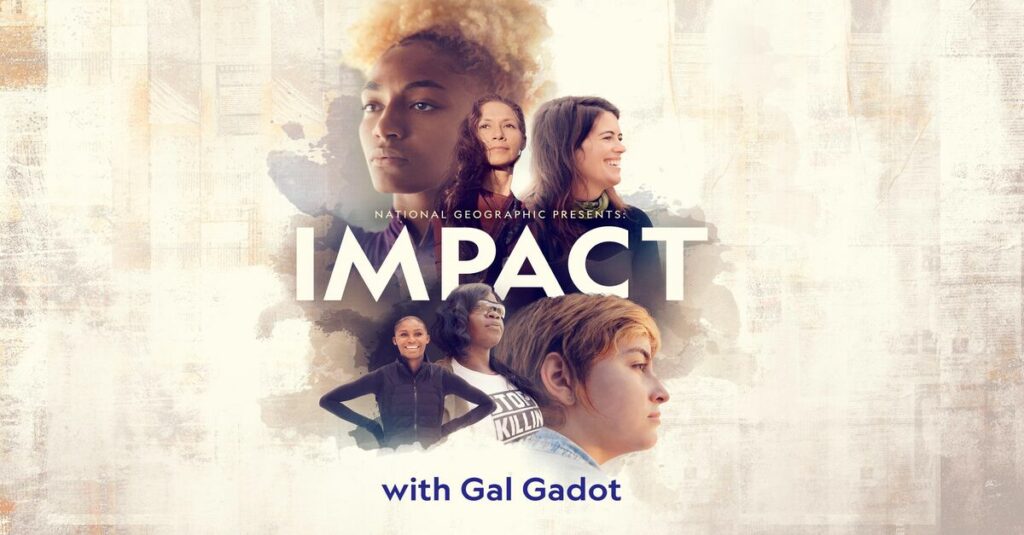 Impact With Gal Gadot Coming Soon To Disney+ (US)

Disney has announced that the National Geographic documentary series “Impact With Gal Gadot” will be coming to Disney+ in the United States on Wednesday 6th October.

“Impact With Gal Gadot” follows the powerful stories of six women who are making an extraordinary impact on their communities around the world. Despite living in areas marred by violence, poverty, trauma, discrimination, oppression, and natural disasters, these brave women remain undeterred as they dare to dream, stand out, speak up and lead. The women featured in each short film come from very different backgrounds – across Brazil, Puerto Rico, Michigan, California, Louisiana and Tennessee – yet they are all connected by their unwavering determination and commitment to improving the lives of the people around them.

This documentary series was released on the National Geographic channel in April and is already available on Disney+ in some countries such as Australia and New Zealand.

Are you looking forward to seeing “IMPACT with Gal Gadot”?

Roger has been a Disney fan since he was a kid and this interest has grown over the years. He has visited Disney Parks around the globe and has a vast collection of Disney movies and collectibles. He is the owner of What's On Disney Plus & DisKingdom. Email: Roger@WhatsOnDisneyPlus.com Twitter: Twitter.com/RogPalmerUK Facebook: Facebook.com/rogpalmeruk
View all posts
Tags: impact