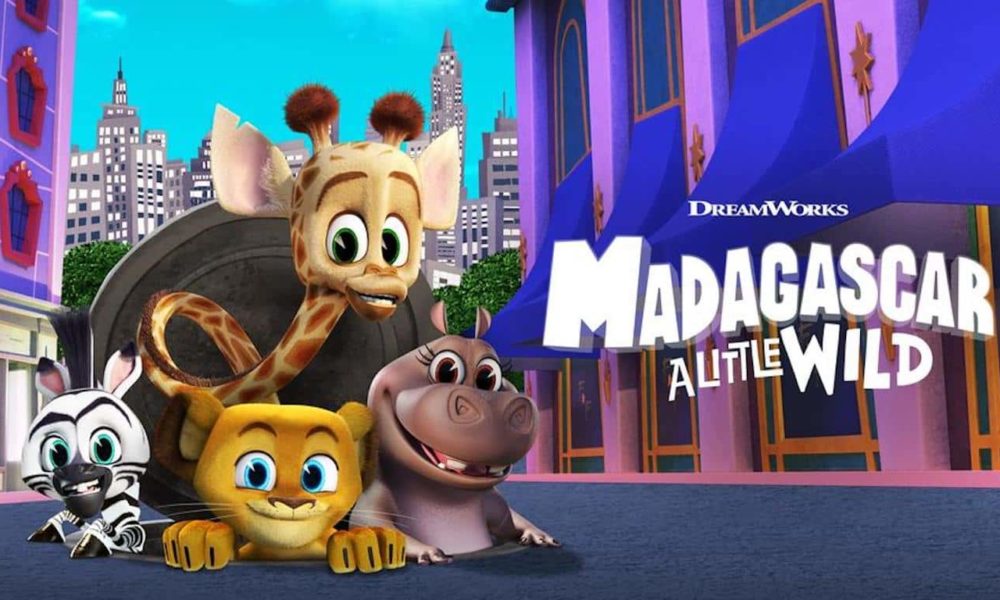 A new trailer has been released for the sixth season of the animated series, “Madagascar: A Little Wild”, which is coming to Hulu and Peacock on January 13th 2022.

Alex, Marty, Melman and Gloria step out of the comfort of home to find adventure in exotic places, like the wilds of New Jersey! They’ll meet up with old friends, including Bartholomew the Bat and Lala the now-grown Frog. And they’ll make new friends, like a mysterious salsa-dancing parrot who Gloria is determined to help, an adorable but uncontrollable puppy who steals Marty’s heart, and a clever deaf girl whose conversation with Dave sends the gang on a city-wide adventure. And they’ll finally spend a day with the notorious Bill the Flamingo, who says he wants to be a friend, but may just turn out to be Alex’s worst enemy!

Join the fun on Hulu and Peacock jr where you can find lovable characters, world-class animation, nursery rhymes, and curious monkeys.

The previous five seasons are also available on Hulu and Peacock.

Are you looking forward to the return of “Madagascar: A Little Wild”?

Roger has been a Disney fan since he was a kid and this interest has grown over the years. He has visited Disney Parks around the globe and has a vast collection of Disney movies and collectibles. He is the owner of What's On Disney Plus & DisKingdom. Email: Roger@WhatsOnDisneyPlus.com Twitter: Twitter.com/RogPalmerUK Facebook: Facebook.com/rogpalmeruk
View all posts
Tags: Madagascar a Little Wild