Disney’s Hulu has released a new trailer and poster for a new inspiring and powerful documentary “Homeroom”, which has been directed by Peter Nicks and executive produced by Ryan Coogler. The Hulu Original documentary premieres on Hulu and in select theaters on Thursday 12th August.

“Homeroom” is Nicks’ final chapter in a trilogy of films – “The Waiting Room” (2012) and “The Force” (2017) – examining the relationship between health care, criminal justice, and education in Oakland, CA over the past decade. All three documentaries will be available to stream on Hulu on August 12.

Here’s a look at the poster for this documentary: 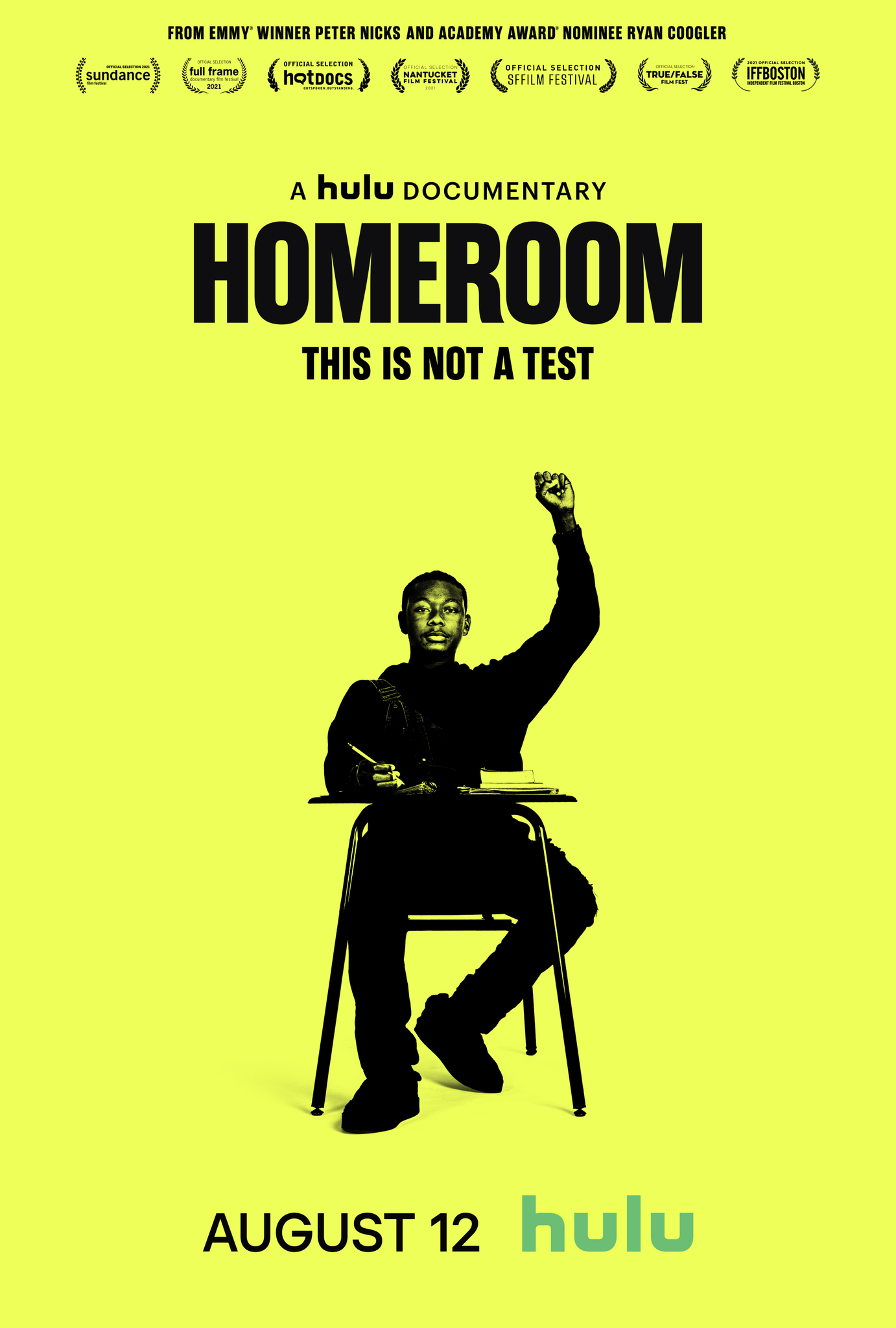 Will you be checking out “Homeroom”?

Roger has been a Disney fan since he was a kid and this interest has grown over the years. He has visited Disney Parks around the globe and has a vast collection of Disney movies and collectibles. He is the owner of What's On Disney Plus & DisKingdom. Email: Roger@WhatsOnDisneyPlus.com Twitter: Twitter.com/RogPalmerUK Facebook: Facebook.com/rogpalmeruk
View all posts
Tags: homeroom, hulu