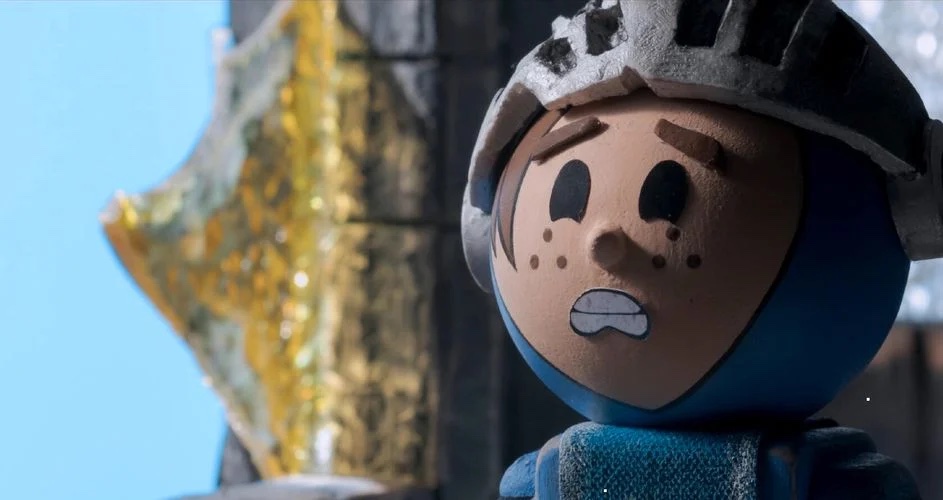 Hulu has released a brand new trailer and poster for the second season of its adult animated series “Crossing Swords”, which is coming to Hulu on Friday 10th December 2021.

The second season will consist of another ten episodes of bingeable mayhem, representing the next chapter in the adventures of Patrick the long-suffering squire (Nicholas Hoult) as he climbs the ladder of knighthood in the service of the volatile King Merriman (Luke Evans). There are new friends to make, new enemies to vanquish, and new horrors to scar Patrick for life; including bloodthirsty leprechauns, an island of killer monkeys, and a shadowy villain who could destroy everything Patrick has ever known! From creators John Harvatine IV and Tom Root, and Stoopid Buddy Stoodios, the producers of Robot Chicken and Marvel’s M.O.D.O.K.! 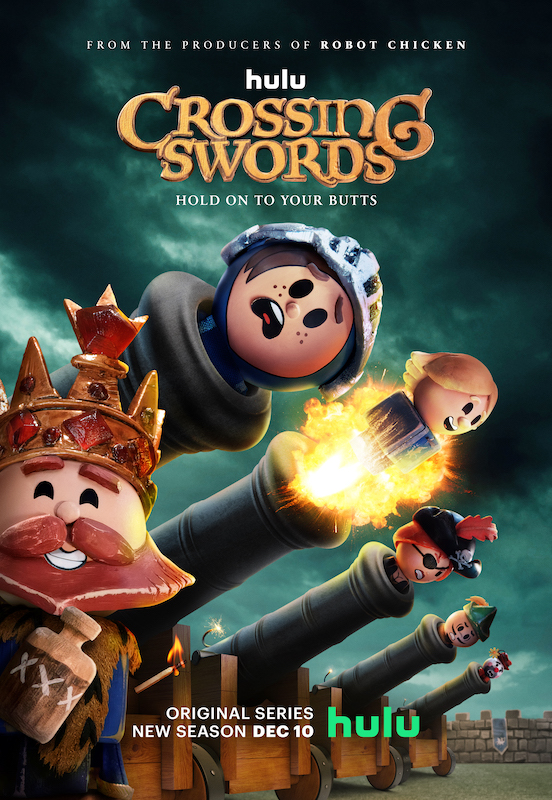 “Crossing Swords” is created by Sony and is distributed by Hulu in the United States and on Star+ in Latin America.  Internationally, the series is available on a variety of different streaming services and isn’t currently available on Disney+.

Are you looking forward to the return of “Crossing Swords”?

Roger has been a Disney fan since he was a kid and this interest has grown over the years. He has visited Disney Parks around the globe and has a vast collection of Disney movies and collectibles. He is the owner of What's On Disney Plus & DisKingdom. Email: Roger@WhatsOnDisneyPlus.com Twitter: Twitter.com/RogPalmerUK Facebook: Facebook.com/rogpalmeruk
View all posts
Tags: crossing swords, hulu