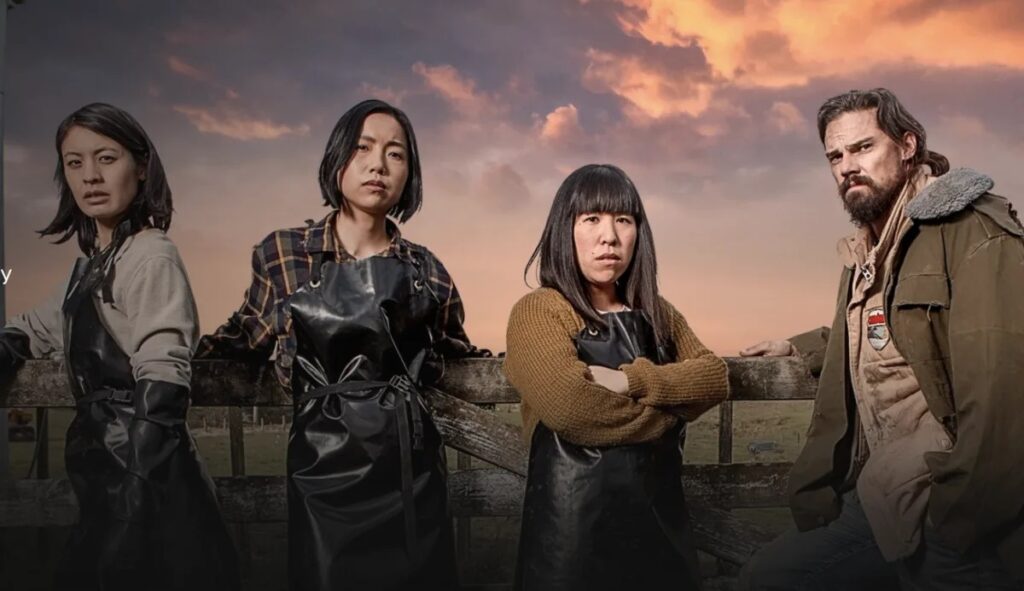 Disney has released a trailer for the new comedy series, “Creamerie”, which is available to watch on Hulu now.

A post-apocalyptic dark comedy set in the not-too-distant future, “Creamerie” takes place after a viral plague has wiped out all men, leading to a new world order designed by women. In a matter of weeks, it killed 99% of men. The 1% were sent to The Facility in New Zealand but didn’t survive. Or did they? Creamerie picks up eight years after the near-mass-extinction.

This New Zealand made series is available on Hulu now.

Will you be checking out “Creamerie” on Hulu?

Roger has been a Disney fan since he was a kid and this interest has grown over the years. He has visited Disney Parks around the globe and has a vast collection of Disney movies and collectibles. He is the owner of What's On Disney Plus & DisKingdom. Email: Roger@WhatsOnDisneyPlus.com Twitter: Twitter.com/RogPalmerUK Facebook: Facebook.com/rogpalmeruk
View all posts
Tags: creamerie, hulu