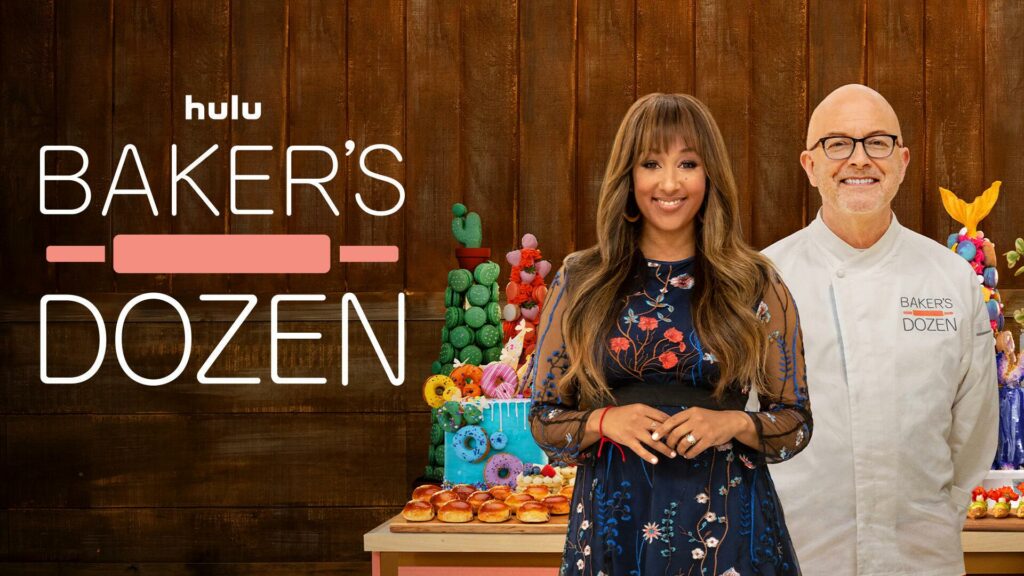 Disney’s Hulu has announced details and a trailer for the upcoming reality series “Baker’s Dozen”, which is coming to Hulu on October 7th.

Passionate amateur bakers will go head-to-head with seasoned professionals in each episode of “Baker’s Dozen”.  Join hosts Tamera Mowry-Housley (Emmy-award winning host of “The Real,” FOX’s “The Masked Singer” and Hallmark’s “Christmas Comes Twice”) and Bill Yosses (Author and former White House Pastry Chef) for this fast-paced competition series that will determine the best baker of all! Which of the 13 bakers has what it takes to create the next viral baking sensation, win the golden rolling pin and take home the cash prize?

“Baker’s Dozen” is executive produced by Sandy Varo Jarrell, Suzanne Rauscher, Justin Rae Barnes, Tara Seiner and Scott Mlodzinski for Bright Spot Content, an All3Media America company.     While the series hasn’t been created by Disney’s own studios, recently some All3Media shows have been making their way onto Disney+ in some countries.

Are you looking forward to “Baker’s Dozen”?

Roger has been a Disney fan since he was a kid and this interest has grown over the years. He has visited Disney Parks around the globe and has a vast collection of Disney movies and collectibles. He is the owner of What's On Disney Plus & DisKingdom. Email: Roger@WhatsOnDisneyPlus.com Twitter: Twitter.com/RogPalmerUK Facebook: Facebook.com/rogpalmeruk
View all posts
Tags: baker's dozen, hulu