lu has ordered a new three-part documentary series that will be based on the 2000s fashion brand “Von Dutch”.  According to Deadline, the series chronicles the true story behind the rise and fall of the iconic 2000s fashion brand.

In this character-driven saga, Venice Beach surfers, gangsters, European fashionistas and Hollywood movers and shakers all vie for control of the infamous brand — pushing it from obscurity to one of the most recognizable labels on Earth. After a decade of backstabbing, greed and bloodshed, their lives – and pop culture – will never be the same. 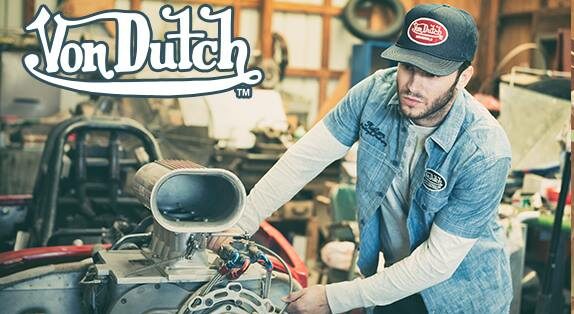 The new documentary is being created by Intellectual Property Corporation, with Andrew Renzi directing the documentary and will be an executive producer, along with Eli Holzman, Aaron Saidman, and Sheila Conlin   Freemantle will be distributing the documentary internationally, so it’s unlikely to be released on Disney+ as a “Star Original”.

This new “Von Dutch” documentary will be arriving on Hulu later this year.

What do you think about this new documentary series?

Roger has been a Disney fan since he was a kid and this interest has grown over the years. He has visited Disney Parks around the globe and has a vast collection of Disney movies and collectibles. He is the owner of What's On Disney Plus & DisKingdom. Email: Roger@WhatsOnDisneyPlus.com Twitter: Twitter.com/RogPalmerUK Facebook: Facebook.com/rogpalmeruk
View all posts
Tags: hulu, von dutch